Blue Cat's Dynamics is a full featured dynamics processor capable of acting as a compressor, gate, expander, limiter, waveshaper or all at once, thanks to a unique two-thresholds system. Almost 9 years after the initial release, this new version has been rebuilt from scratch, with a brand new user interface and redesigned algorithms with improved controls. With even more visual feedback with its new envelopes view and gain reduction histograms, the new depth and envelope shape parameters, the plug-in offers full control over the dynamics of the sound. An external side chain input has also been added to propose no less than 3 methods for side chaining. The full list of new features and improvements built into Blue Cat's Dynamics 4.0 is available below.

The plug-in is available to new customers at a special introduction price until July 15th: $99 or 99 EUR (instead of 149). Customers who recently purchased the software (in the past 3 months) will receive the upgrade for free, and others can upgrade to the new version for a small fee. Additional discounts for other Blue Cat Audio customers are also available. 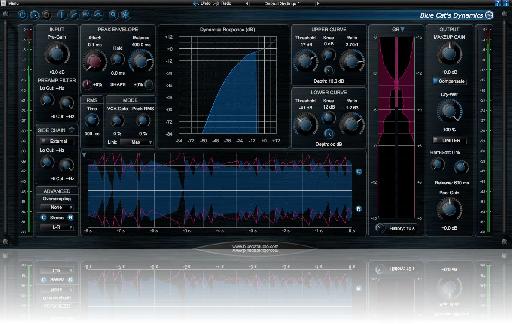 Demo versions are available for download on www.bluecataudio.com to try the plug-in in VST, RTAS, AAX, Audio Unit and DirectX plug-ins formats, for both Mac and PC (32 and 64-bit).