Distortion started life as an undesirable by-product of turning amplifiers or tape machines up too loud, but musicians and producers quickly realized that correctly handled, it could be a really useful tool. There's the obvious 'turning it up to 11' on guitars of course but also much more creative uses like distorting vocals, drums, synths and other sound sources to add anything from subtle warmth and bite to extreme mangling effects. Cubase has some great distortion plug-ins of its own, so let's have a look at how they can be used to spice up a part.

Load up a loop '" here I've decided to use a drum loop '" and add a distortion effect as an insert. I've chosen the Amp Simulator plug-in as this sounds pretty good, and selected the Voice Over Guitar Box preset. This immediately gives the loop a grittier, more lo-fi feel. 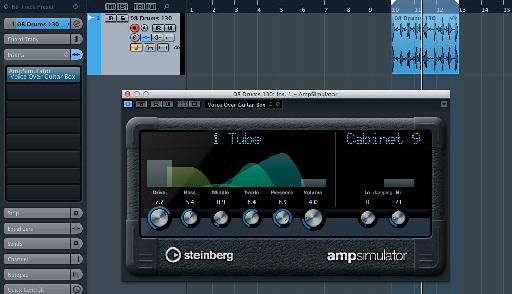 By playing with the EQ settings in this plug-in, you can easily shape the sound, perhaps backing off the mid and higher frequencies a little if the effect is too nasal. You can also alter the drive amount and presence to control the overall mix of the effect. Try clicking on the amp and cabinet name fields to reveal menus that let you select alternative models. These will significantly change the character of the effect. With a couple of tweaks we can create a really trashy sound. 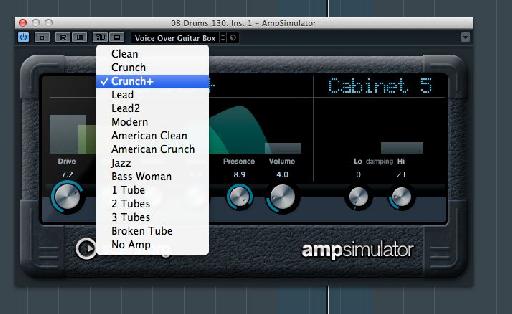 For a more subtle distortion effect, try replacing the Amp Simulator with the DaTube plug-in from Cubase's library. This provides a much less intense form of distortion, so when you whack up the Drive knob and raise the output, what you get is a boosting of the sound and some bite, but not the extreme overdrive of the previous effect. This is good for using on beats, guitars, vocals and other sounds where you need some edge but not necessarily a noticeable crunch. 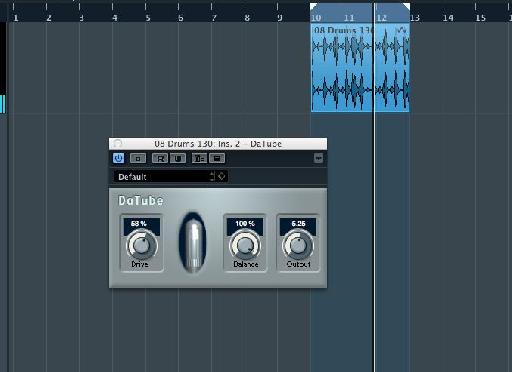 There is another distortion plug-in and it's simply called Distortion. This has some pretty basic controls but again has a slightly different character, and is particularly good for adding bite at lower levels, or crunching hard when pushed higher. You can try combining the use of distortion with other tricks like automation. So for example a loop could start off clean and get more distorted towards the end, by simply automating the wet/dry or boost controls. 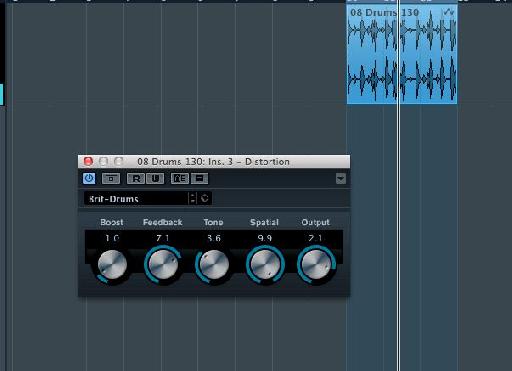 Last but not least, there's the VST Amp Rack, a sort of more advanced version of the Amp Simulator. This allows you to dial in more combinations of amp and speaker and also to incorporate some guitar pedals into the chain to make things more interesting. 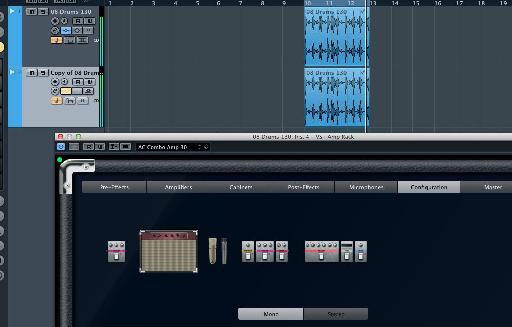 Dial in some cool sounding distortion and then try this trick. Duplicate the audio track with your loop on it and then deactivate the plug-ins on the duplicated track so that the loop is clean, or at least free of distortion. Then balance the effected and clean parts against each other so that the overall sound is much bigger and has a lot more body. This is a good general technique to know about when trying to get a meaty sound in any project.

Dream It. Do It.
Do you want to learn Evolution of a Song?
Yes, I want to learn!
No Thanks, I just want to read the article.
Feedback
How are we doing?
We'd love your thoughts, feedback and questions regarding our new site. All feedback is appreciated!
We do not respond to this form! If you need support, please visit our support page.
Thank you for your input!
Your message has been successfully sent
Course Advisor
Don't Know Where To Start?
Ask A Course Advisor