After the success of last November’s Plug-In Collective featuring the BIAS FX LE effects processor, Focusrite are back with a second Positive Grid offer.

This time, BIAS Amp LE will give you a taste of the full-blown BIAS Amp Professional amp modeller – one of the most popular and amazing-sounding guitar amp plug-ins in the industry. Register Focusrite hardware before 31 May 2017 and you'll receive a free download of BIAS Amp LE by signing in to your Focusrite account.

BIAS Amp is one of the world’s most accurate, thorough and versatile guitar amp modellers and designers. Its advanced amp modelling engine captures the warmth and feel of real tube amps in every aspect, component by component. BIAS Amp is fully customisable – the tubes, preamp, transformer, tone stacks, cab and mic can be swapped out to create custom amps and unique signature sounds. And thousands of custom amp models can be shared and downloaded in the cloud via ToneCloud, Positive Grid’s cloud-based tone community. 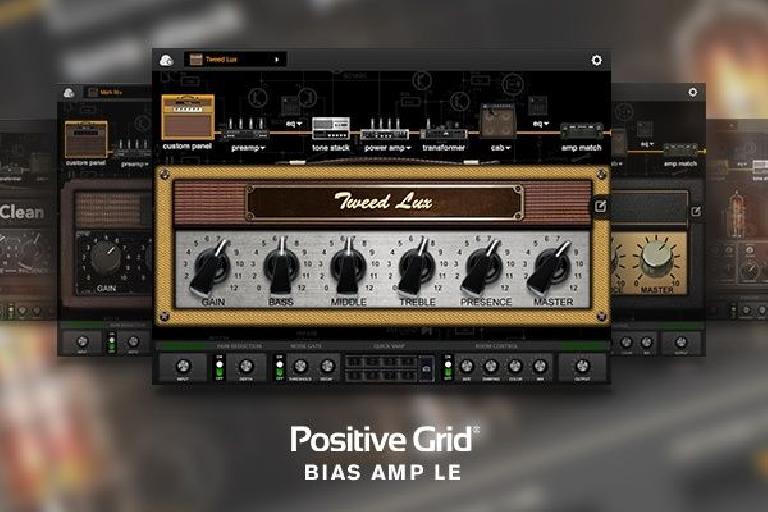 Positive Grid’s BIAS ecosystem of both software and hardware amplifiers has been making a splash in the guitar community, and recently launched are its BIAS Head and BIAS Rack 600W amplifiers.