All Articles News
FREE Trap Music Loop Pack: Enhanced Apple Loop Format
Darren Burgos on Thu, June 19th 5 comments
Language
Not only are we giving you a FREE Apple Loop pack covering Trap Music essentials'¦ but the creator, Darren Burgos, has kindly added a getting started guide to help you get the most out of your loops.

Green Apple Loops. When I say this I can't help but think about kid's breakfast cereals! Experienced producers who know what they actually are, will often turn their noses up at them'¦ I've done it myself thinking they represent someone else's work. In this article, I want to help break the stigma associated with these very powerful little green guys, and show how they go way beyond your standard audio only loop.

Unlike a regular audio loop, Green Apple Loops contain everything that makes the loop sound the way it does when used in Logic Pro. As long as you have the plug-in synth and effects that were used (when the loop designer created the loop), this 'loop' becomes totally tweak-able. It includes the individual MIDI notes, what synth/instrument and effects were used, and even any MIDI CC data.They allow you to be much more creative as you can totally alter/customize them. Another amazingly cool thing about them is that when they are used in a DAW other than Logic, they work as regular audio only loops! Even in Windows.

Why are they called 'Green?'

First let's take a look at some existing Green Apple Loops. Press the O button on your keyboard to open Logic's Loop Browser. Depending on what content you've downloaded, your list may appear differently. Look at your list of loops. You'll see that some are blue (audio only) and some are green. The green ones are what this article is all about. 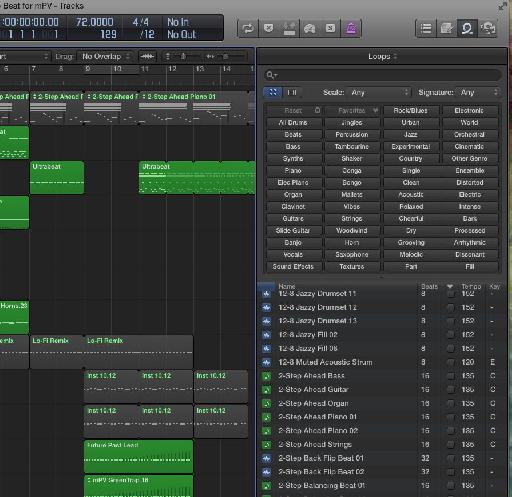 I've included a free pack of 10 Green Apple Loops. Various Trap music songs have been catching my ear lately, so these loops definitely have that flavor. Let's get them into Logic now. First download them via the link in this article. Push Logic's window to the side so you can see both the Loop Browser and the folder the loops are in. Drag the folder directly onto Logic's Loop Browser. A window appears asking you if you'd like to either index them in place, or move them to Apple's location. For now, choose 'Move to Loops Folder.' This will copy them to a place we'll be looking at later in the article. 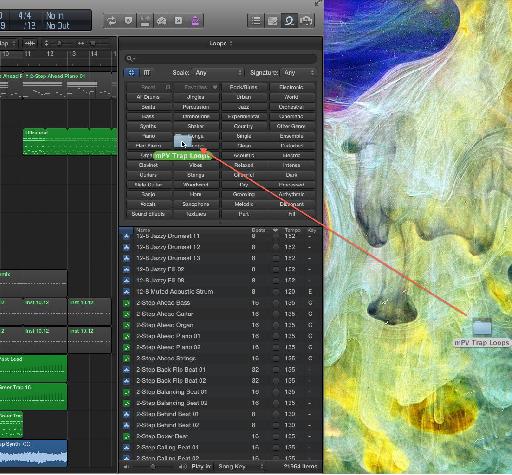 So where are they? Press O to open the loop browser if it's not already open, and click on the 'loops' drop-down menu at the top of the browser. Look what's in the list! The name of the folder you dragged in. When you select it from the menu, you'll see only the loops within that folder. You can also search for the loops by name via the search field below the loops menu. Look'¦ they're green! First change Logic's tempo to between 70 to 80 BPM'¦ if you leave it at the default 120 BPM, the loop will sound too fast. The Tempo that a green loop was originally built on can be seen via the Tempo column in the Loop Browser itself. Drag the loop called 'mPV_Ask Green Trap Beat 03' to an empty track in the Workspace. When you do this, the loop's MIDI appears. You can easily double-click on it as you would any MIDI region to edit the pattern, remove a sound, and more. Look also at the channel Strip itself. There's the instrument (in this case UltraBeat) and all the effects are there too. Advanced Tip: Change UltraBeat to a Multi-out version and choose separate outs so each drum sound can be separately processed. 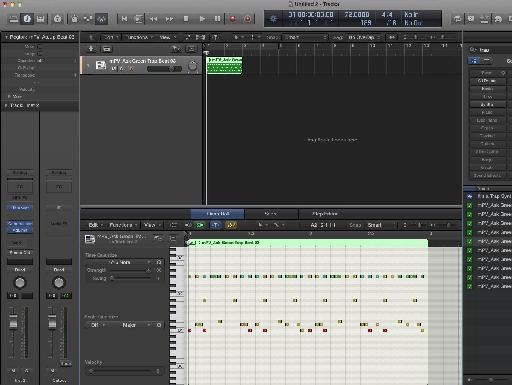 Now Drag in 'mPV_Ask Green Trap Riser' This is a riser sound that has MIDI Pitch Bend data built right into it. Double-click the region to open it in the Piano Roll, then press the MIDI Draw button to the right of the local view menu. From the 'Controller' menu that appears in the MIDI Draw window select Pitch Bend. There's the bend that lifts the pitch higher. Now look at the Channel Strip'¦ there's an ES2 synthesizer, an Auto Filter, and a Space Designer, all waiting for you to customize them to your liking. 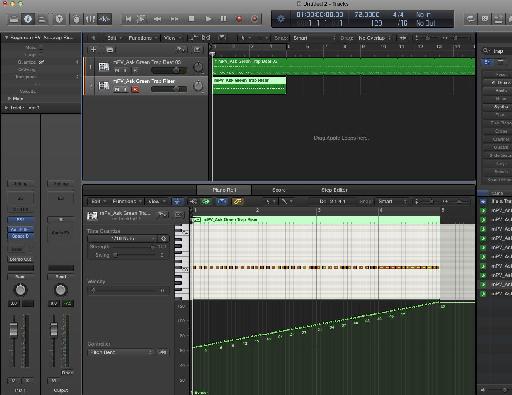 Creating and Saving Your Own Loops

Let's create our own now so you share your own loops with others. Either Open Ultrabeat to program a beat from scratch, or to make this quick and easy, edit one of the ones from this article. Once you're done, click the MIDI region in the WorkSpace a single time to select it. Now from File menu select Export, then 'Region to Loop Library.' 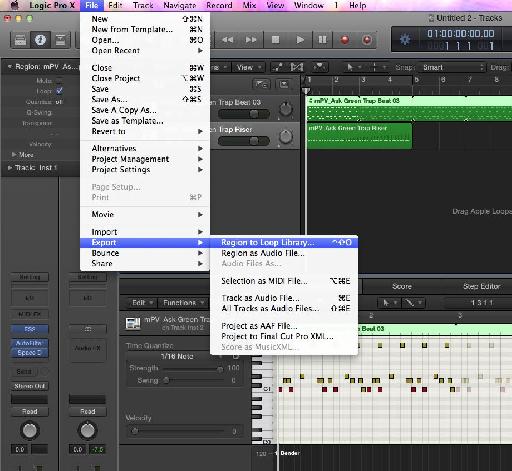 A window will appear allowing you to categorize your creation so it can be easily found via the Loop Browser. Under the Type menu you can choose wether the sound loops or not, you can select the music Scale, Genre, add instrument descriptors, and more. 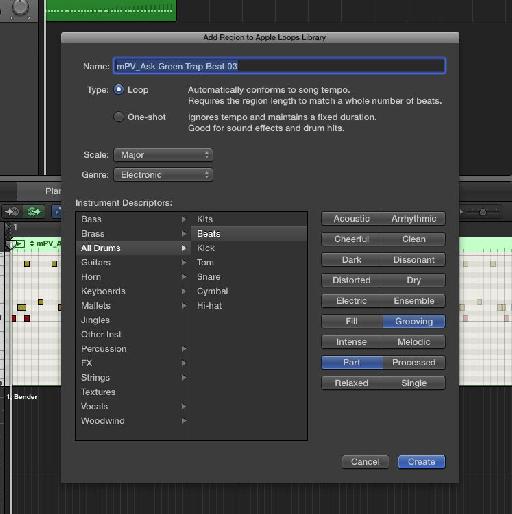 Keep this important tip in mind'¦ if you don't want the loop to transpose to the key of the song, consider it a drum sound via the Instrument Descriptor. If for example the loop you made plays a specific note on an EXS24 drum kit, and you don't consider it a drum'¦ later when you drag the loop into another song, or another person opens it, Logic will attempt to transpose the loop to the current key which will move the note onto another sound in the EXS24 instrument. Once you've categorized the loop, name it and click on the Create button.

Locating Them on the Mac's Drive

So where in the world are all these loops stored on the Mac? Hide or minimize Logic for a moment and go to the Mac's Finder. Press the Option key on your keyboard, and while you're holding it, click the Go menu. Click on the Library (If you don't hold Option you might not see the Library depending on what OS you're on). When the Library window opens, double-click the Audio Menu, then onto Apple Loops, then User Loops. If you dragged over the folder of loops from this lesson (and chose to 'Move to Loops Folder' when it asked) , you'll see the name of the folder here, and the loops contained within it. There's another Folder here too called SingleFiles'¦ contained inside are any loops you've saved yourself via the export menu. 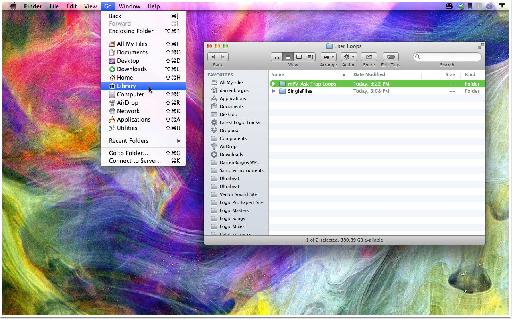 Third-party instruments and effects actually will work as long as you or the person you give the Green Apple Loop to has the same plug-ins. If they don't, they can still use them as audio only loops. I was careful in choosing the instruments, patches, and effects for the Trap loops I made for this article'¦ if you intend on sharing your own loop creations, keep in mind that not all Logic users have the same content downloaded via the 'Download Additional Content' menu. Even though this article is intended for Logic X users, the included loops work perfectly in Logic Pro 9 too.

Thanks for reading and please have fun with the loop pack and with making your own too!

Darren Burgos
Darren started making music on computers when he was a teenager in 1987. His first computer was an Amiga, and when he realized the power of computer-based production, his addiction for making electronic music began. Darren switched to Mac in 1994 and started using Logic Pro. He's been involved in many music projects over the years including Psychoid. For two years Darren travelled with Apple showing Logic Pro to visitors of Macworld, NAMM, Remix Hotel and NAB. Currently, he teaches a class in L.A. on electronic music production using Logic for Logic Pro Help. Darren also runs two small businesses on Mixing, Mastering and Logic Pro training and support.
Related Videos
Comments (5)

Dream It. Do It.
Do you want to learn Mixing EDM Tracks?
Yes, I want to learn!
No Thanks, I just want to read the article.
Feedback
How are we doing?
We'd love your thoughts, feedback and questions regarding our new site. All feedback is appreciated!
We do not respond to this form! If you need support, please visit our support page.
Thank you for your input!
Your message has been successfully sent
Course Advisor
Don't Know Where To Start?
Ask A Course Advisor