All Articles Synths & Sound Design
Getting Into Granular Synthesis: A Beginner's Guide
Matt Vanacoro on Sun, June 14th 0 comments
Granular synthesis, invented by Iannis Xenakis in 1959, is often passed by when talking about synthesis. Here we explore what it is and show how easily it can create unique and impressive sounds.

Granular synthesis is extremely cool, but can also be extremely intimidating. Many keyboard players ‘dipping their toes in’ for the first time can be overwhelmed with so many variables, and without traditional oscillators as your sound source. It doesn’t have to be rocket science, and it can be an incredibly fun and creative way to make pleasant noise. Here’s a beginner’s guide to getting started with granular.

Obviously you’re going to need an instrument that can use granular as a sound source. I’ll use UVI Falcon as it’s both powerful and easy to get started. I’ll load up Falcon, get an empty patch up and prepare to map the keybed. This brings us to step 2 which is… 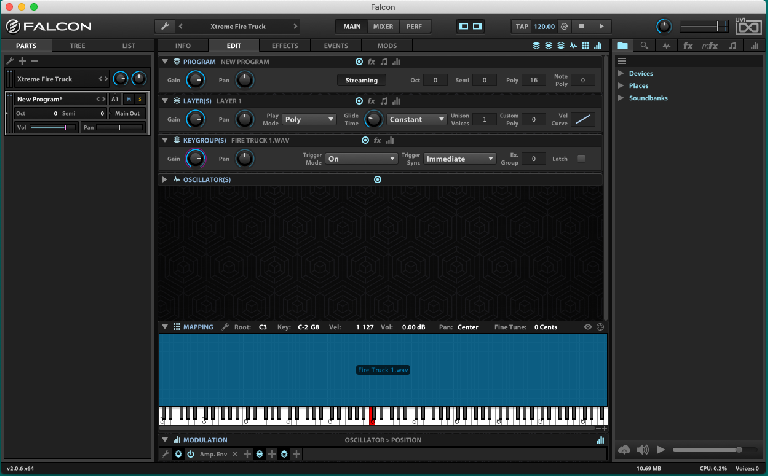 Granular uses audio as its sound source. This audio file can be a short sample or a long entire song. It doesn’t matter, and you’ll soon see why. In this example, I dragged and dropped a sound effect from xTreme FX 1.5 into the mapping area and changed the oscillator from ‘sample’ to ‘IRCAM granular’. So far, when I press and hold a key, I hear the entire fire truck sound, it’s a wav file that is about 15 seconds long. 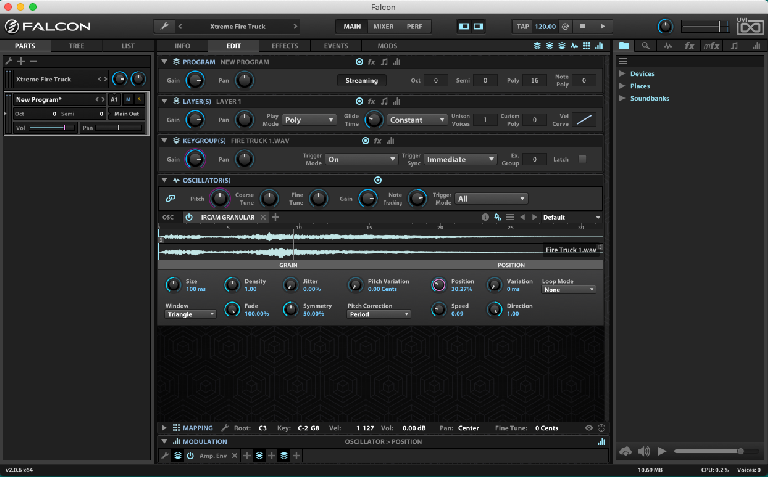 Now the fun begins. Think of granular as playing a ‘frozen in time snapshot’ of a sound. How long should that snippet of time be? Where should that snippet be taken from? These 2 questions are so intertwined, they should be addressed simultaneously to start.

Adjust the speed of your playback and slow it way down. Then, move the position or starting point to various places in your wav file. You can now hear that little ‘snapshot’ in various places. It’s likely you can find both pitched and non-pitched elements in the sound.

Fine tuning the speed (which can even be completely frozen and set to zero) will let you decide how fast the sound should continue to play. If you want to create a ‘synth’ out of a ‘sound effect’, then you likely don’t want it to play much, you want to use that small snapshot.

Fine tuning the starting point or ‘position’ will let you choose from different acoustic material to use as your sound source. Again, you’ll find a variety of musical and non-pitched sounds when you scan through the wav file.

How large is your grain’s size? The grain size is the length of that ‘slice’ of sound you are working with. By adjusting the size, you can forcibly bring out different harmonic elements of the sound. Larger grain sizes will typically allow the sound to ‘sound more like itself’ since you are allowing a larger ‘snapshot’ of the original sound. Smaller grain sizes will bring out more harmonic and pitched elements as your sound is looping faster and faster as the grain size gets smaller.

5. Finally, You Need Patience and Variety

There are additional controls in both UVI Falcon and other granular instruments, but the ones mentioned above will likely be constant (if not trendily renamed) no matter what instrument you use. Granular is very different from subtractive or FM synthesis. It will sound different with everything you use as a sound source, and it takes time to get used to. With practice, however, you can make some really creative sounds using some really oddball sound sources! You can get everything from ‘Modern day Mellotron’ to complete sonic mayhem!

Become a synth expert with these video courses on synthesis here. 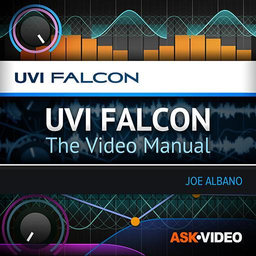 Dream It. Do It.
Do you want to learn UVI Falcon: The Video Manual?
Yes, I want to learn!
No Thanks, I just want to read the article.
Feedback
How are we doing?
We'd love your thoughts, feedback and questions regarding our new site. All feedback is appreciated!
We do not respond to this form! If you need support, please visit our support page.
Thank you for your input!
Your message has been successfully sent
Course Advisor
Don't Know Where To Start?
Ask A Course Advisor