All Articles News
How To Create Your Own Intelligent Randomizer in Logic Pro X, Inspired by Brian Eno
Rounik Sethi on Sun, May 14th 2 comments
If you watched the recent video interview with Eno you might her noticed his custom randomizer script plugin in Logic Pro X. Inspired by this concept we want to show you how to make your own version.

On April 7th 2017 we published an article with video showing Brian Eno using a custom-script in Logic Pro to create randomized, evolving rhythmic patterns. Obviously this is something that a lot of you were very interested in. That got us thinking about how we'd create our own script to do something similar.

Ask.Audio is more than a news site, as you know if you've visited the AskAudio Academy. And it so happened I mentioned Brian Eno's script to one of our top Logic trainers, Peter Schwartz, who is not only one of the most genius Logic environment builders I've had the pleasure to meet, but is an expert Logic scripter and has built his very own randomizer script which he's willing to share with the Logic community at AskAudio!! 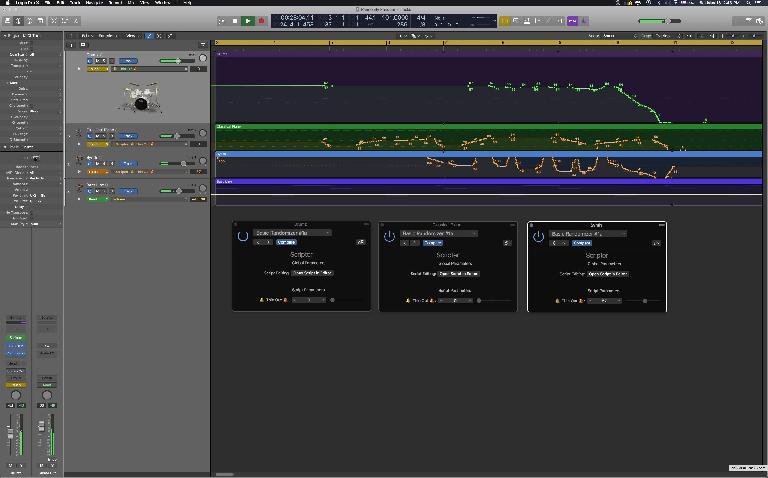 Your Logic Pro X plugin will look like this.

In fact, Peter is going to go one better and show you in real-time how to build your very own intelligent generative randomizer script in Logic in a FREE live streaming Masterclass at AskAudio on Tuesday 16th May at 12pm PT / 3pm ET / 8pm UK / 9pm CET.

IF YOU USE LOGIC PRO X, DO NOT MISS THIS FREE MASTERCLASS!! You won't find a tutorial and Q&A session like this anywhere else.

Enroll (FREE) in this class NOW and start counting down the time to Tuesday 16th May 2017!

Peter Schwartz, composer & orchestrator, and developer of SkiSwitcher and ARTzID articulation switching systems will walk you through the surprisingly simple process of creating a randomizer using Logic Pro X's Scripter plugin. The concept behind showcasing this randomiser was inspired by a recent Brian Eno video interview which briefly detailed his use of a randomiser in Logic Pro X. You’ll learn how to create your own from scratch.

Dream It. Do It.
Do you want to learn Logic MIDI FX Scripting With Peter Schwartz?
Yes, I want to learn!
No Thanks, I just want to read the article.
Feedback
How are we doing?
We'd love your thoughts, feedback and questions regarding our new site. All feedback is appreciated!
We do not respond to this form! If you need support, please visit our support page.
Thank you for your input!
Your message has been successfully sent
Course Advisor
Don't Know Where To Start?
Ask A Course Advisor