All Articles News
How To Get A FREE Synthmulator Virtual Synth With Your miniMO Pack
Hollin Jones on Wed, April 17th 0 comments
These compact and affordable hardware synths now come with an added bonus - a copy of Synthmulator, until the end of April 2019.

The miniMO synth is a synth you can print - which we have written about before here: https://ask.audio/articles/meet-minimo-25-8bit-modular-synthesizer.

Now, the developer is offering a free downloadable synth simulator for Windows - Synthmulator - completely free when you buy a miniMO. Here's what the developer told us about it.

"Synthmulator is a unique experience. Made with Unity, a game development platform, it places you in a room where you can play with the Proto-1 modular synth from a First Person perspective, turning knobs and patching wires. It is the closest thing to a VR Modular Synth (in Eurorack format, mind you) currently available in the market. 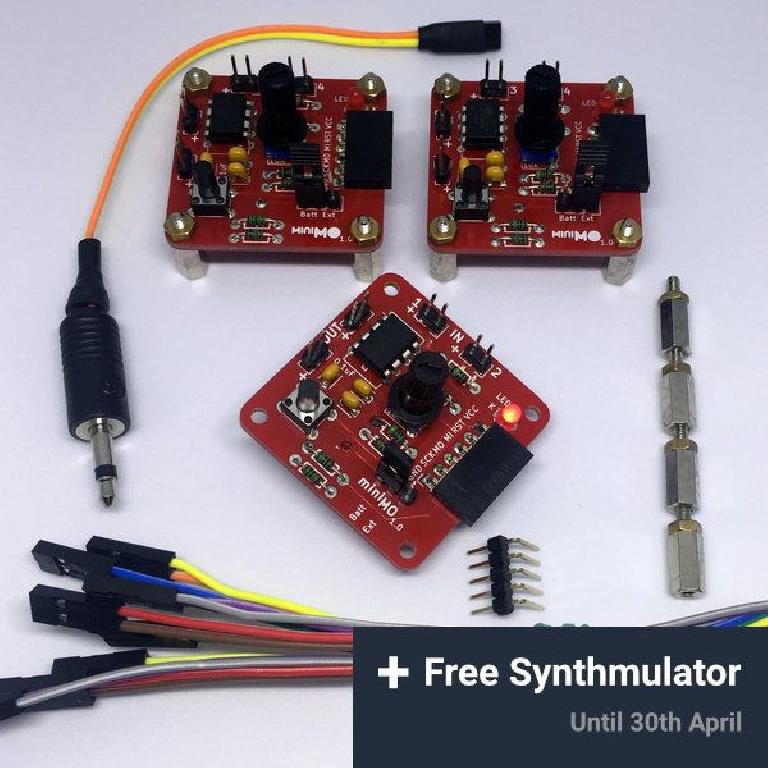 As it happens, Synthmulator is developed by my good friend Oscar Sebio, and we've worked out a deal so that I will be giving away a download code for Synthmulator with every purchase of the Value Pack, from now until April 30th.
Synthmulator and miniMO play off each other's strengths; combined, they provide a full insight of Modular Synthesis at a fraction of the cost of a standard system. Don't miss out on this opportunity -and check out the retro ad we made!"

Get the deal here: https://minimosynth.com/product/minimo-value-pack/