Logic Pro hasn’t got a dedicated multiband tube compressor plugin. There was some speculation that the same compressor circuit type options found in Logic’s standard Compressor plug-in would be added to the MultiPressor in version 9, but it was not to be. Maybe in Logic Pro X? In the meantime, you can construct your own using Auxiliary channels. Maybe it’s not the quickest way to create a signal processor, but you might be more likely to understand what it is actually doing!

The idea behind multiband compressors is that you can apply different compression settings to different frequency bands, and in the case of one built with vacuum tubes or valves, each frequency band can take advantage of the unique sonic characteristics that these components can lend to a sound, especially when driven hard.

Now you can make appropriate settings on each compressor: a parallel compression approach is to set the threshold low and the ratio high to create desirable distortion artifacts, then mix these in with the uncompressed signal using the auxiliary channel output faders. 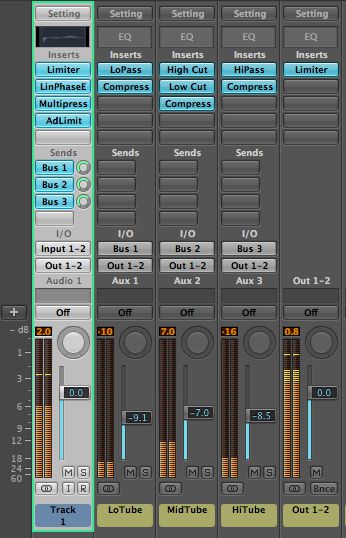 As an alternative to the use of filters to control the frequency bands, you could use MultiPressors as filters (one in each Aux channel), by soloing the applicable band in each instance of the plug-in, and setting the compression ratio in the MultiPressor to 1:1 so that compression is handled by the Compressor plug-in instead. 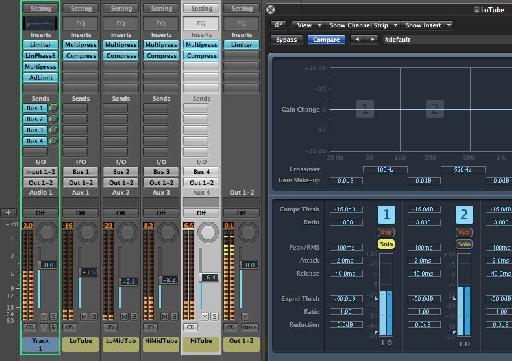 Although there is no information provided in Logic’s documentation, there appears to be general agreement that the Circuit Types in Logic’s Compressor are intended to emulate the following classic compressors:

Mike Watkinson
Mike has been obsessed with music software since he first saw Fairlight's Page-R, and has tracked its development through his work as a performer, composer and producer. As a writer he has contributed articles to Sound On Sound since 1999, and currently writes their Apple Notes column. As well as being a certified Logic Pro and Pro Tools trainer he is also an Apple Distinguished Educator.
Related Videos
Comments (4)