Wouldn't it be great to use one knob, slider, or even your mod wheel to morph your sounds into something ever changing and evolving? This article will show you how to use Smart Controls to easily assign multiple plug-in parameters to a single available physical MIDI controller. Whether you're working with repeating MIDI loops, or parts played live, you can easily transform a static synth sound into something much more interesting with this tip.

Let's open an ESP and transform the default preset. Simply open an ESP plug-in and leave it set to its default setting. 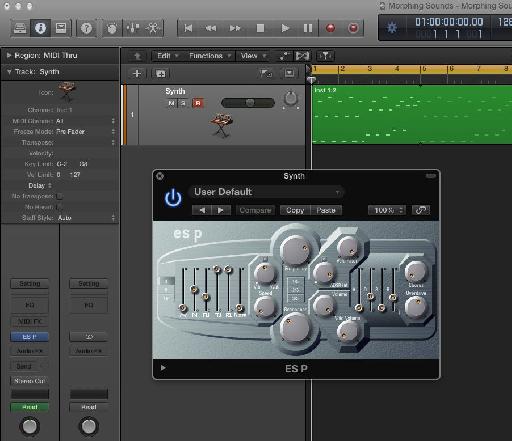 Press the B key to open Smart Controls, then onto the 'i' (Inspector) button to open the parameter mapping screen.

After opening Smart Controls, the first screen control knob labeled 'Cutoff' should already be selected (you can tell from the blue halo around the knob). When you select screen knobs and such, any mapped parameter assigned to it will appear in the parameter mapping screen on the left. Click the 'Learn' button in the External Assignment area (below the Parameter Mapping) and move/touch/slide/etc. the physical MIDI controller you want to assign as the morph control. When learning, both the Learn button itself and the selected virtual knob will glow red. 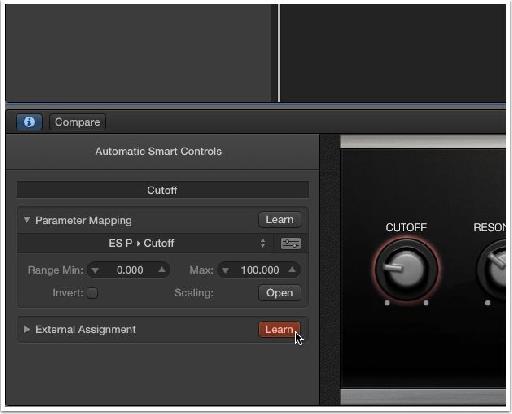 You'll notice that ESP Cutoff is already assigned in the Parameter Mapping area. Click the small up/down arrows (pop-up menu) to the right of the mapped parameter, and from the window that appears, choose 'Add Mapping.' Directly below the already assigned ESP Cutoff, you'll now see another 'Unmapped' parameter. Click to select it via the tiny vertically stacked dots on the left side (each mapped parameter has one). When a parameter mapping is selected, it's a lighter colored grey than an unselected one. 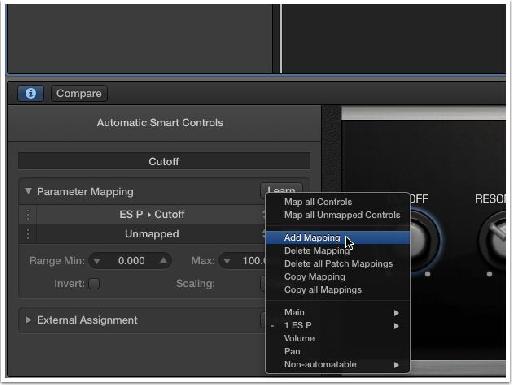 Click the 'Unmapped' parameter's pop-up menu now, and select an available parameter from ESP's menu you'll see. For the audio example below, I used cutoff, resonance, decay, overdrive, sawtooth, and -1 octave, but feel free to choose whatever parameter you want to morph. Try altering the parameter on the plug-in's interface to see wether or not you'll want to control it. The small grey icon with sliders will open the plug-in interface. Repeat steps 4 and 5 for as many parameters as you want to assign. 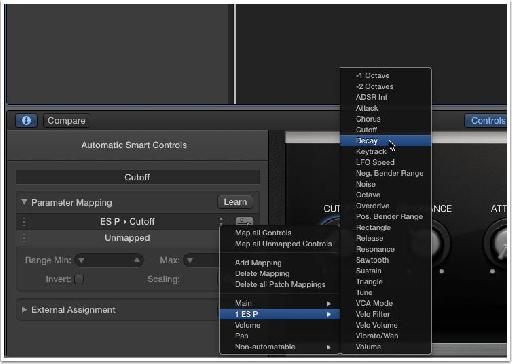 Click the button labeled 'Open' to open the Parameter Graph window. In this powerful floating window, you'll see the path the mapped parameter will follow as you adjust your chosen MIDI controller. Standard MIDI controllers like the modulation wheel (to the right of the pitch bend), and any knobs/sliders send 128 possible values. Those are represented on the graph by value 0 in the bottom left corner, and 127 in the top right of the window. The fun begins when you create unusual shapes'¦ there are several 'preset' shapes to choose from at the top of the window, or try Option-clicking the existing diagonal line. When you do it becomes dotted, allowing you to curve the line by hand! You can even create paths that reverse the path as you increase the physical controller. Click the line as many times as you need to create LFO-like modulations. Leave the window open while you click onto the various parameter mappings you assigned to easily jump between editing them. 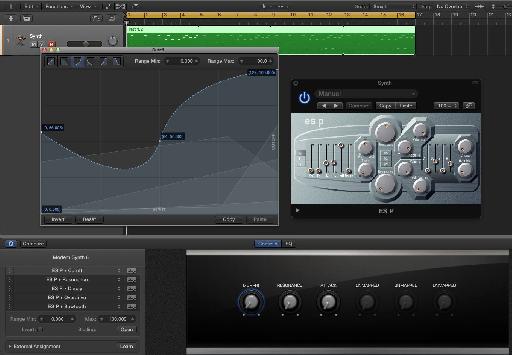 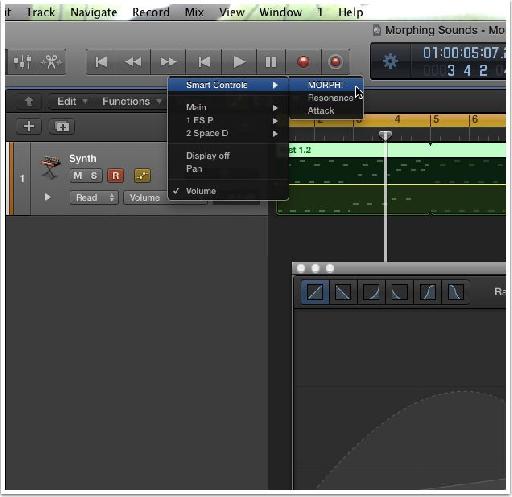 Hope you enjoyed the tip, here's a sample of factory default ESP sound morphed with this technique:

Dream It. Do It.
Do you want to learn Smart Controls?
Yes, I want to learn!
No Thanks, I just want to read the article.
Feedback
How are we doing?
We'd love your thoughts, feedback and questions regarding our new site. All feedback is appreciated!
We do not respond to this form! If you need support, please visit our support page.
Thank you for your input!
Your message has been successfully sent
Course Advisor
Don't Know Where To Start?
Ask A Course Advisor