Since the demise of the first really widely used software sampler, GigaStudio, Native Instruments Kontakt has emerged as the top choice for library developers and their users. There are a number of good reasons for this, including the fact that since version 3.5, it is 64 bit on both the Mac and the PC; on the Mac it has a memory server that lets 32 bit apps use more RAM by putting some of it outside the application; and it lets you get under the hood for all kinds of editing, customizing, and adding scripting language.

And yet, it has some very helpful features that many, perhaps most, users either do not know about or have simply not understood the advantages they bring to the table. My personal favorite is Kontakt's Instrument Banks feature.

Those composers who do orchestral and band simulation in their DAWS with software virtual instruments and sample libraries tend to fall into one of two camps: 'I want a separate track not only for each instrument but each articulation' or 'I want to use patches that change instruments/articulations with keyswitching so that I have fewer tracks.'

But what does the second type of composer do when there simply is no keyswitch patch that accomplishes this with the instruments he is using? An alternative is Kontakt's Instrument banks feature, which allows you to load instruments/articulations into bank slots and navigate between them with Program Change commands.

After instantiating a Kontakt instance in your DAW of choice, in my case Kontakt 5 in Logic Pro 9, I create an empty Instrument Bank by going under the Files menu, as you see below : 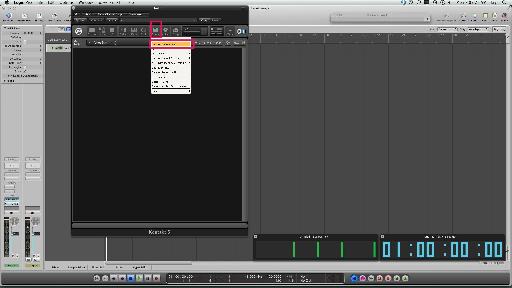 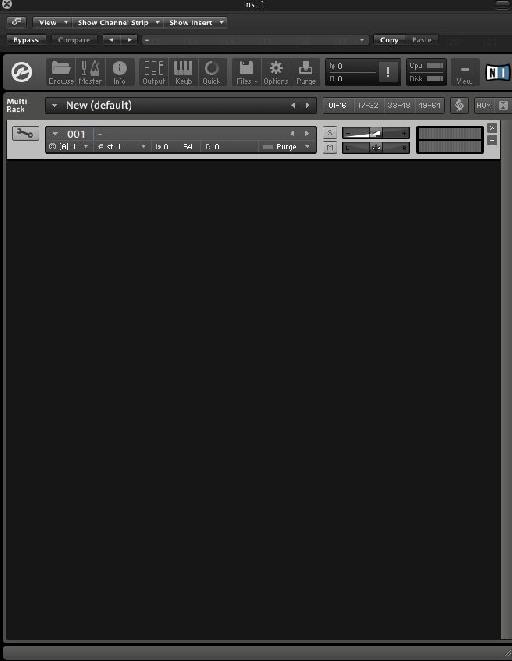 Clicking on the wrench icon reveals the Instrument Bank slots. 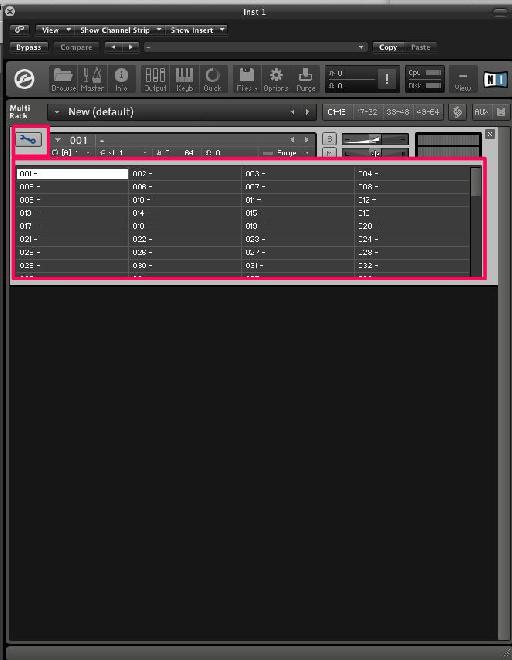 Although it is not technically necessary unless you will be entering program changes from the buttons on some keyboard controllers, like my Kurzweil PC88, and unless you anticipate loading multiple Instrument Banks in a single Kontakt instance, which I do not recommend, I suggest that you change the MIDI assignment from the default A1 to Omni. 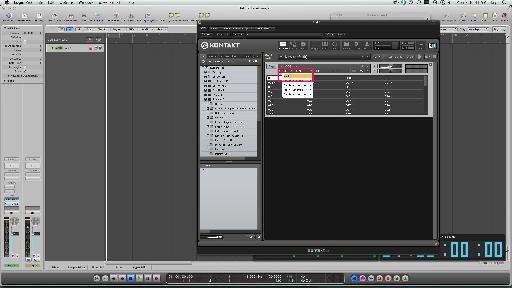 Now it is simply a matter of adding the desired patches to the bank. I am using patches from the Choir 's Soprano library that are included with the Kontakt 5 library. First I add them singing ahs. 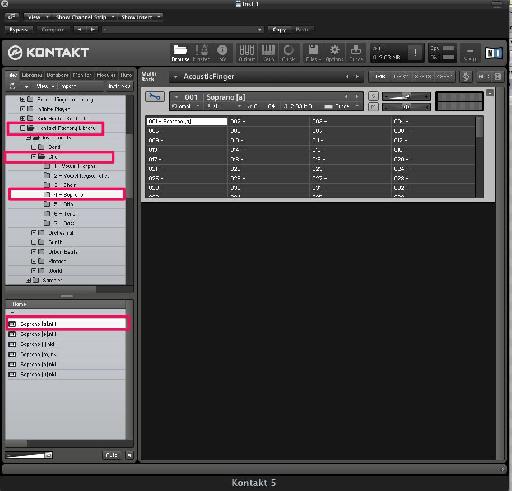 I now add the remaining syllables in the same fashion, six in all.

How one enters program change commands is specific to your DAW, but in Logic Pro, I like to use the Event List. Here's a simple part I have created in Logic Pro 9.

Let's assume that I want to change patches every two measures. Notice that I have selected the Create option in the Event List.

Now if I simply click the rectangle for a Program Change cc, Logic will create one with the opportunity to choose the measure I want to enter it in.

I am adding a second program change at measure 3. It defaults to duplicating the first one to 0, so I hold down on the "Val" and change it to 1, and in the Kontakt Instrument Bank, it instantly jumps to the patch loaded in the second slot, so clearly I am on the right track.

Now I simply complete the task of creating the program changes to trigger the patches, ultimately returning to the first one. In the following picture, I have filtered the note display in the Event List so that you can clearly see the program changes. It works like butter. Very cool, Native Instruments! 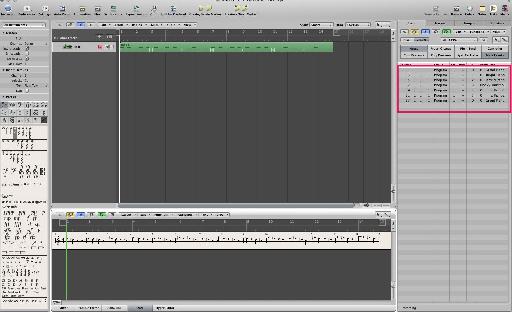 OK, this has been a fair amount of work, although truthfully you learn to do this very quickly once you understand it. So let's save it.

Selecting Save As... under the Files menu brings up this dialog window: 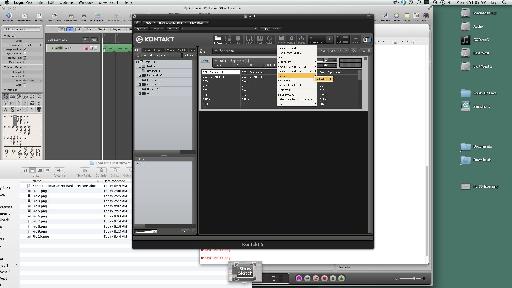 You may want to save this in the Kontakt Library folder or create a special folder for it, but for the purpose of this article, I will save it to the desktop.

There is a row of icons in the top part of the Kontakt menu. One is named Quick and if I select it, the Quickload menu appears, allowing me the ability to add instruments, multis, and banks, which is the tab I check for this. 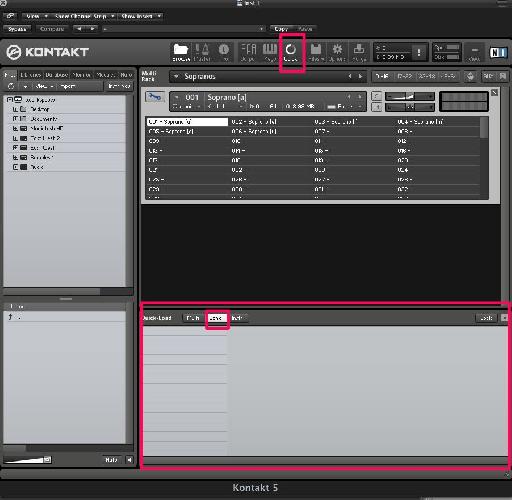 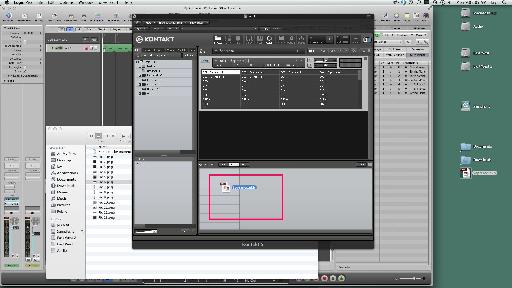 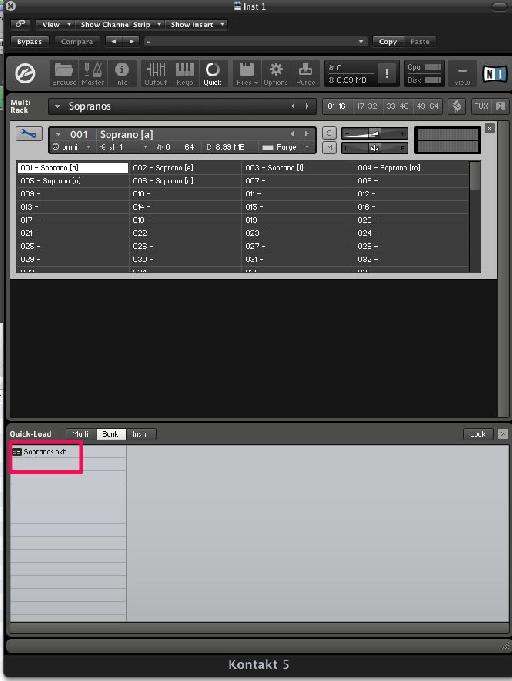 Fine and dandy you say, but does it work? Let's find out :)

I go under the Files menu and tell Kontakt to reset the multi and it asks me if I am sure I want to do this, which I do. You can see that the multi is indeed empty. 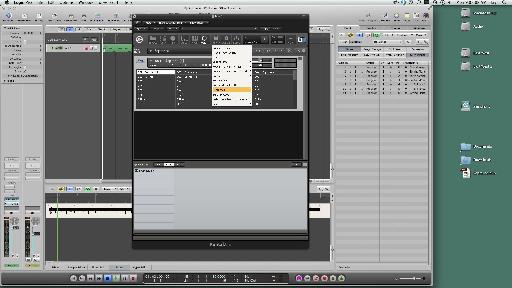 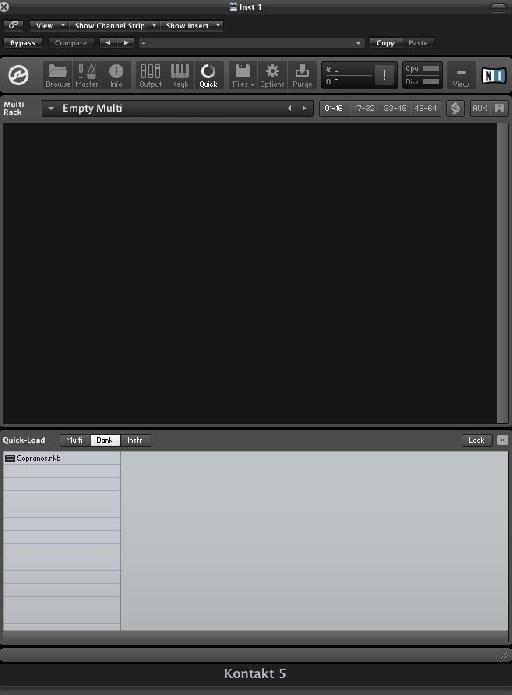 Time to put it to the test! In the Quickload menu I double-click on the Sopranos bank and voila! As you can clearly see, the bank is loaded, although it defaults to MIDI assignment A1, which I need to reset to Omni if I want to enter the program changes from my controller. 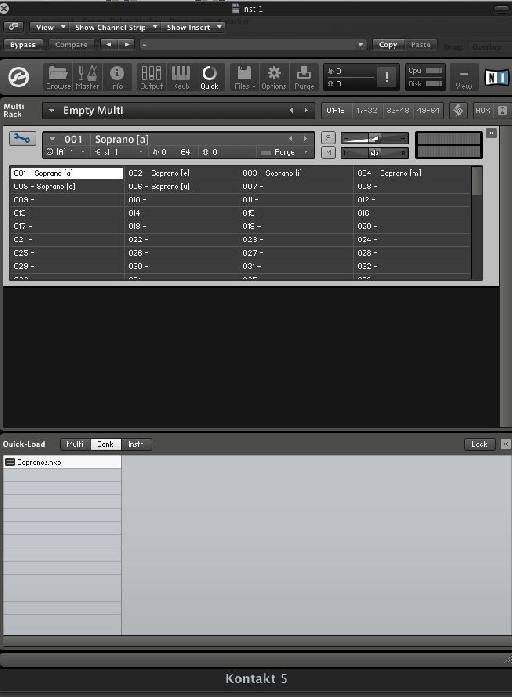 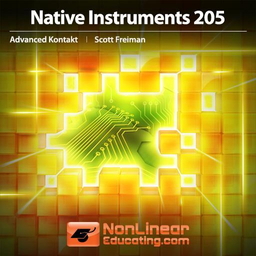