All Articles News
Loopfield For iOS Is An Ambient Field Recording App With Granular Synthesis FX
Hollin Jones on Sun, November 25th 0 comments
Continuous recording, looping and 4 different effects are just some of the features to be found in this slick new app for iPhone and iPad.

Field recording can be a tedious task sometimes. Loopfield aims at making the series of recording, editing and processing repetitive tasks easier—and definitely more pleasant. Plug your headphones into your iPhone and wander in the streets to catch noises, voices, and horns. The app is continuously recording sounds around you and automatically generates loops. Those loops are processed in real time by granular effects that transform them on the fly. To get a sense of what the recording will sound like when immersed in a track, you can import and play your own premade beat. Once you’re happy with it, you can export the loop to incorporate it into a larger DAW-based project. 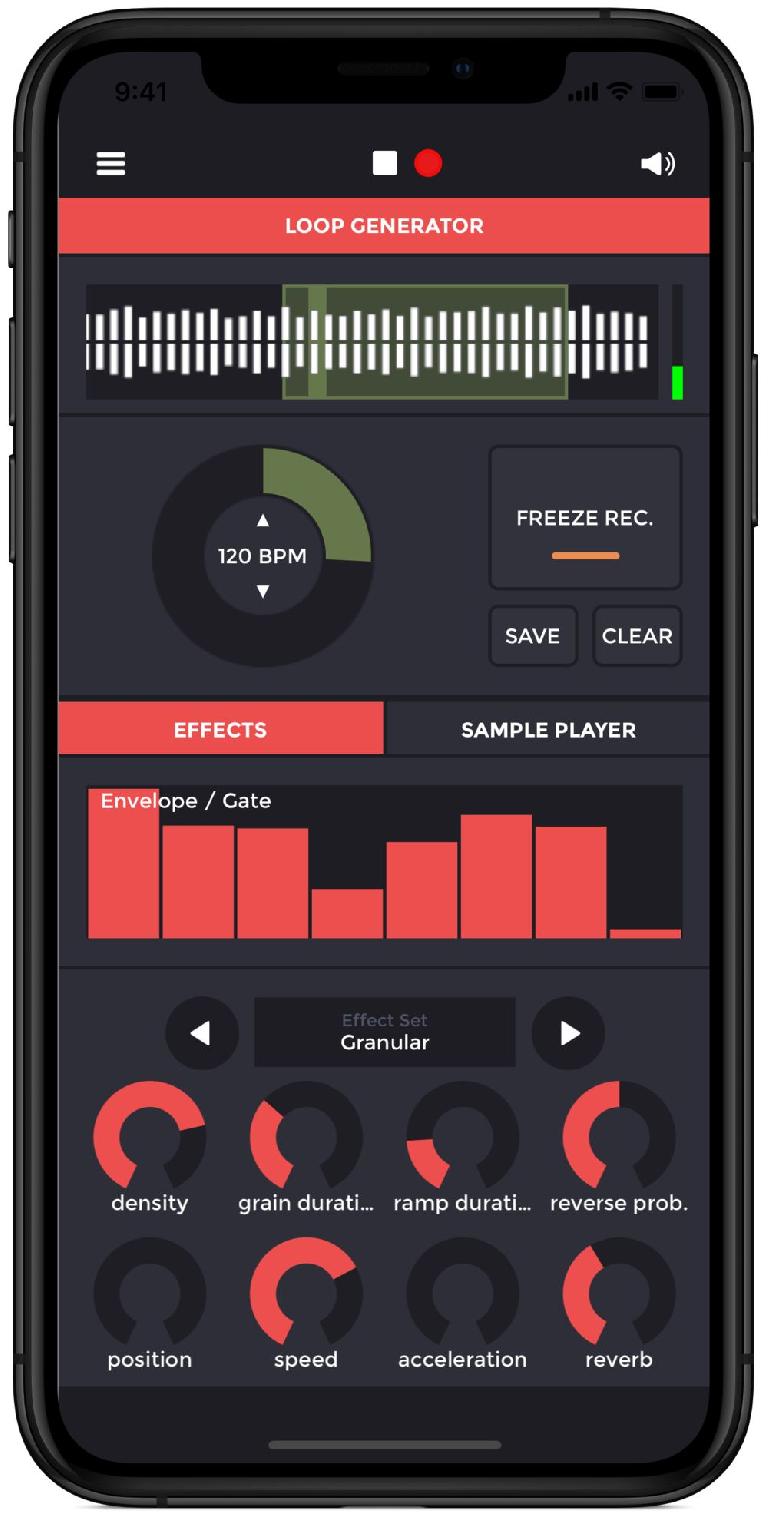 In addition to its field recording capabilities, the app will be soon updated with Audiobus compatibility and landscape orientation in a future version and will allow more studio experimentation.

Loopfield is available now in the App Store at the price of $4.99 and works universally with iOS devices.
Related