All Articles Guitar
Managing Tones in PositiveGrid Bias
Matt Vanacoro on Fri, June 9th 0 comments
PositiveGrid's Bias has matured into a truly wide-ranging set of tools for designing and managing your guitar and amp tones. Matt Vanacoro shows you how to deal with all your presets.

Positive Grid’s Bias ‘ecosystem’ is growing and expanding by the day. What started out as a modest iPhone amp simulator has grown into a major modeling powerhouse that works across iOS, macOS and Windows platforms. It can be a bit daunting to think about how to manage all of the various aspects of your tones across their multiple platforms, so I’d like to break it down a bit and help you get the most out of your Bias tones - and perhaps show a few of you who haven’t jumped in yet why so many folks are excited about Positive Grid’s flagship apps!

To begin with, it’s important to understand that Bias has separate apps to model both amps and pedals. Then to top it off, Bias FX can tie it all together in a ‘signal flow’ type app. So at the smallest level, you can use Bias Amp to adjust every aspect of your amp. Get in there and tweak the tubes, swap out transformers, juice the power amp, and use a different mic on the cab. 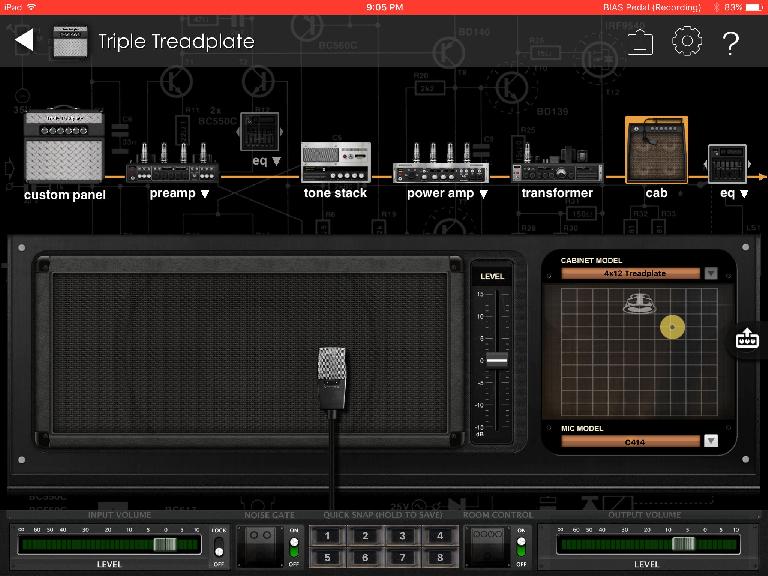 On the pedal side of things, you can open up Bias Pedal and do what you did for your amp to your distortion and delay pedal. Adjust the delay stage, the modulation stage, change from 9v to 18v power, and even adjust the compression characteristics of the pedal. You can do this for distortion pedals, delay pedals, and (soon!) modulation pedals. 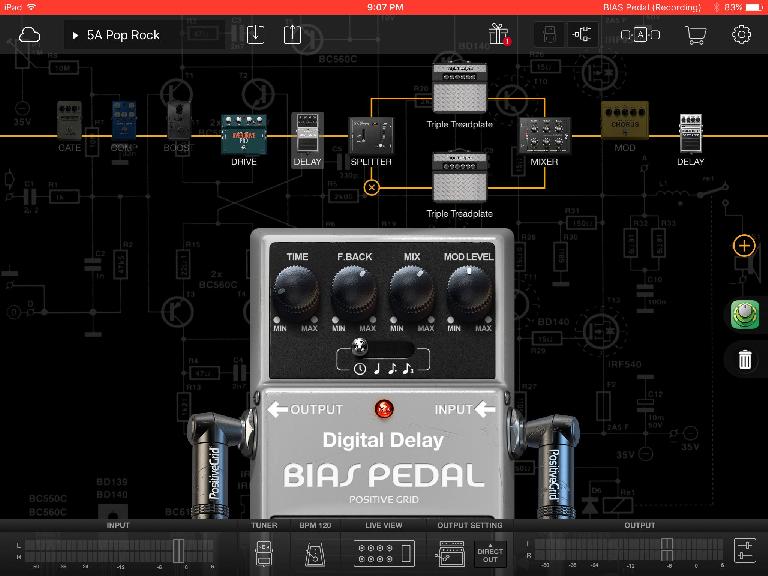 While you’re working in Bias Amp or Bias Pedal, you can save your work in that particular app. Plan on using your custom tweaked Treadplate amp? Tap the share button, then choose ‘Save as new’ (or ‘overwrite’ if you don’t mind losing the original preset). Your customized amp or pedal is now saved inside of the app you created it with, and you can call it up when you like. 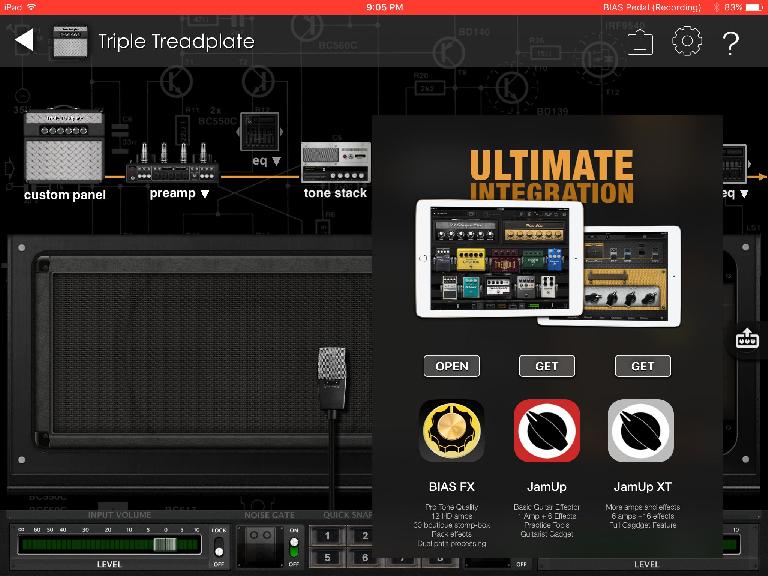 But that’s just where the fun begins! By tapping on the icon on the right hand side, you can send your customized amp to Bias FX. Bias FX will allow you to put pedals in your signal chain, utilize dual-amp setups, set up presets - everything a traditional amp-modeling pedal of software would do. The difference, though, is that in addition to the models of various gear provided you can import your own gear that you created in Bias Amp or Bias Pedal! As soon as you’re done designing either your amp or your pedal, you tap that little ‘Bias FX’ icon on the right and your creation gets ported right over into Bias FX - ready for live or studio performance!

With the staggering amount of control offered, I’m sure you can imagine that people out in the world with a LOT more time than you are creating amazing setups as you read this. The great news is that Positive Grid has created a spectacular delivery system integrated right into the app. You can browse a seemingly infinite number of creations, and perhaps my favorite element of the way PG has set things up is that you can preview the tones before you commit and take up a space in your preset bank. 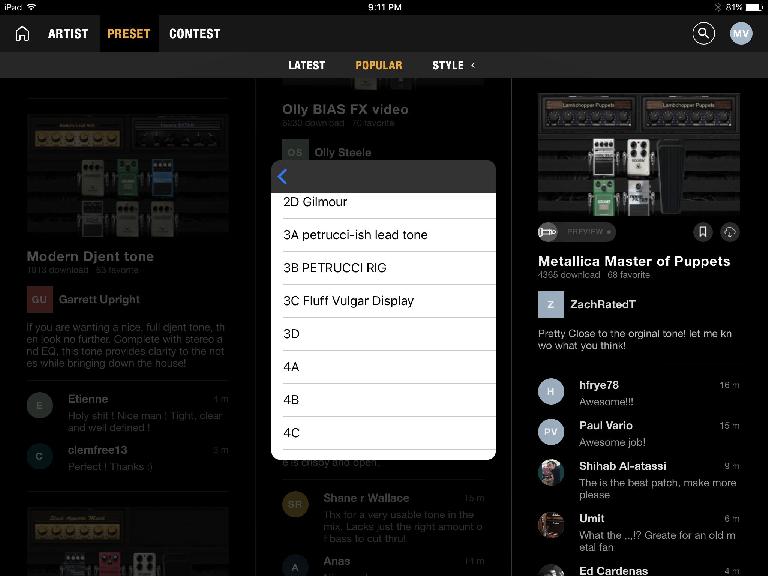 But wait, there’s more! There is a Tone Cloud at every level of the various Bias apps! You can see and download various user creations of classic pedals, or you can test out and download a complete setup with distortion, delay, modulation pedals, amps, mixers and effects! It’s well laid out and works extremely well. You simply ‘like’ a tone, and it’s linked to your Bias account. Open up your iPhone, and you can quickly call up a list of ‘liked’ tones from your iPad.

Managing your tones becomes an easy and fun task once you’ve wrapped your head around the workflow! You can work on something as small as a single pedal or single amp, and you can download someone else’s single pedal or amp. Complete setups are a reality within the Bias FX app, and the tones you bookmark are sync’d to your Bias Tone Cloud account so you have your favorite tones across all of your devices.