All Articles News
Microsoft Working On DAW To Challenge Apple's GarageBand & Logic Pro?
Rounik Sethi on Tue, September 19th 6 comments
A Microsoft DAW? Microsoft music software? MS Audio plugins? Something big is in the works from Microsoft according to these two job vacancies.

Microsoft look to be taking a step in the same direction as Apple. It’s not what you might imagine. We’re not talking an OS, tablet or hardware computer. Surprisingly it appears to be music making software.

Logic Pro has been solely available for Macintosh since Apple acquired eMagic in 2002. Microsoft don’t have their own DAW (digital Audio Workstation) or music software, instead relying on 3rd-party software developers. Most of the major DAWs are cross-platform except GarageBand, Logic Pro and FL Studio (which is coming soon to Mac).

Arguably, this is one (of many?) advantages Apple has had over Microsoft. By developing their own creative software  for Mac musicians Apple, in theory, are able to integrate hardware and software more closely. But, also, they are able to appeal to musicians, producers and the like by offering GarageBand (entry-level, but very capable music making software) for free to all Mac users. With Logic priced at just a couple of hundred dollars it's cheap compared to most independently owned DAWs like Ableton Live or Steinberg's Cubase and is a logical step up for existing GarageBand users too. We imagine Microsoft would like to woo the creative audience over from Apple and provide a music making pathway for their machines in much the same way.

Via this thread on the KVR forums, Microsoft are evidently looking to make bigger moves into the world of music software. Job listings were posted for Senior product manager (digital audio software) and Senior music software engineer. The original poster added this is for making “the future of music creation in multiple dimensions.’ It would appear Microsoft aren’t then focusing on the more traditional DAWs like Ableton Live, Cubase, Logic Pro, Pro Tools, etc. The idea of multi dimensional music software conjures visions of augmented reality / VR, gesture-based controllers, fusing studio production and live performance.

We expect Microsoft music software to run on the Surface Pro

"As a senior program manager in the group, you will use your background in digital audio software, virtual instruments, or game audio platforms to partner with our Audio Engine team to prototype and build a software platform that enables new music entertainment scenarios. You will research customer habits and difficulties in digital music creation, audio software tech, and identify differentiated experiences for our team. You will craft feature specs that drive new ideas in software technology that enable music expression and enjoyment."

It’s not unprecedented for Microsoft to target musicians and producers. Our own Thavius Beck put pen to surface in this video showcasing the workflow and performance when using Bitwig with the Microsoft Surface Book tablet/computer. https://ask.audio/articles/8-reasons-why-microsoft-surface-book-could-be-better-than-ipad-for-music-makers 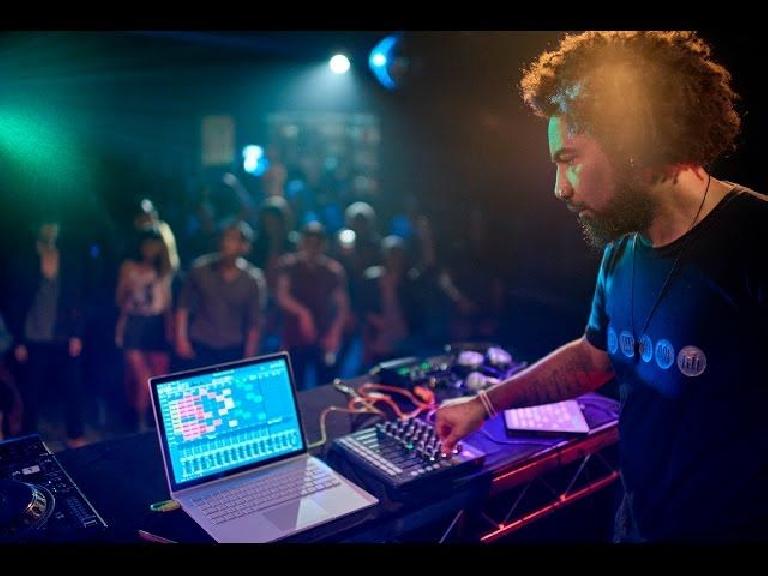 Whatever Microsoft are actually working on music software wise, stay tuned to AskAudio to find out more when it is revealed. And if you’re an experienced program manager or music software engineer follow the links above to check out the job vacancies at Microsoft.

Rounik Sethi
Rounik is the Executive Editor for Ask.Audio & macProVideo. He's built a crack team of professional musicians and writers to create one of the most visited online resources for news, review, tutorials and interviews for modern musician and producer. As an Apple Certified Trainer for Logic Pro Rounik has taught teachers, professional musicians and hobbyists how to get the best out of Apple's creative software. He has been a visiting lecturer at Bath Spa University's Teacher training program, facilitating workshops on using music and digital media tools in the classroom. If you're looking for Rounik, you'll most likely find him (and his articles) on Ask.Audio & macProVideo.com.
Related Videos
Comments (6)

Dream It. Do It.
Do you want to learn The ART of House Music ?
Yes, I want to learn!
No Thanks, I just want to read the article.
Feedback
How are we doing?
We'd love your thoughts, feedback and questions regarding our new site. All feedback is appreciated!
We do not respond to this form! If you need support, please visit our support page.
Thank you for your input!
Your message has been successfully sent
Course Advisor
Don't Know Where To Start?
Ask A Course Advisor