All Articles News
NLE Releases New Course - Kontakt 6 Beginner's Guide
Hollin Jones on Tue, January 22nd 0 comments
Learn the fundamentals of Kontakt 6 from setup through library management, sampling and creating your own sampled instruments in this course with Matt Vanacoro.

Native Instruments’ Kontakt is a powerful engine for creating and playing sampled instruments and it's been updated to version 6 - a major step forward. In this new course from NLE, Matt Vanacoro shows newcomers to the platform how to set up, use and get the most out of NI's flagship sample-based instrument environment. 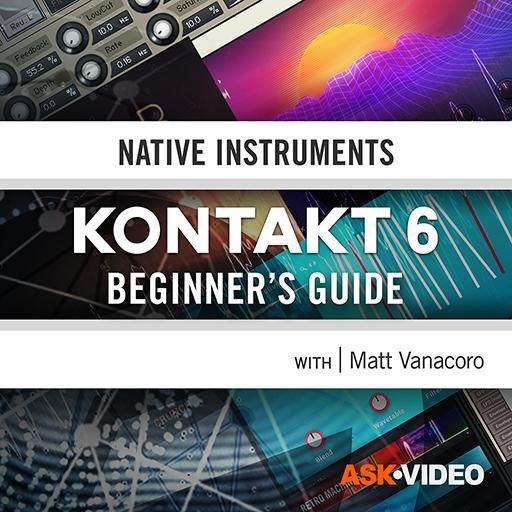 Matt starts by showing you how to install and authorise Kontakt via the Service Centre application, as well as the differences between running Kontakt as a standalone applicaiton and as a plug-in. Next is how to manage your libraries and using the file browser to save and load patches and instruments.

A major section on working with instruments follows, taking in audio and MIDI setup, toolbars, menu bars and preferences. You'll learn how to create sounds and multis, split and layer sounds and zones, use MIDI mapping, automation, key switches and effects. Finally there's an in-depth guide to sampling, editing samples and creating your own sampled instruments. It's the perfect way to get started with Kontakt 6 and learn everything you'll need to know.