All Articles News
Pay What You Want For G8TOR, A New Sequencer-Based Softsynth
Hollin Jones on Tue, January 15th 0 comments
This unusual new softsynth has multiple sequencers, DJ-style effects pads and is available through a very generous pricing arrangement. Here's the details.

Here's something new and interesting, and it's available on a generous pay-what-you-want pricing model too, so anyone can get involved.  2getheraudio has released a unique software synthesizer built around three step sequencers and DJ-style pad triggered effects for manipulating sequences while they're playing. The virtual instrument is called G8TOR and is available for purchase today under 2getheraudio's Pay-What-You-Want business model. 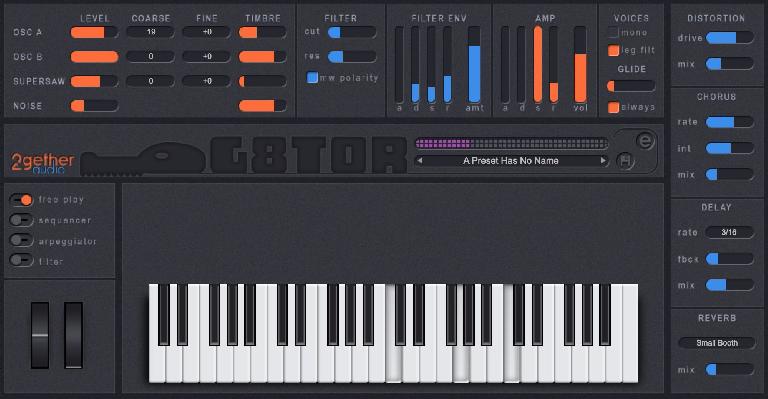 Like the name suggests, G8TOR starts its sound production with a fat and edgy sounding synthesizer. A supersaw oscillator, noise source and 2 virtual analog oscillators get the ball rolling followed by a resonant filter with envelope, mod wheel and sequencer control. Further refinement includes mono mode with glide and built-in distortion, chorus, stereo delay and convolution reverb effects. The result is a synth capable of super fat basses, filtery pads, blistering leads and just about anything in between. 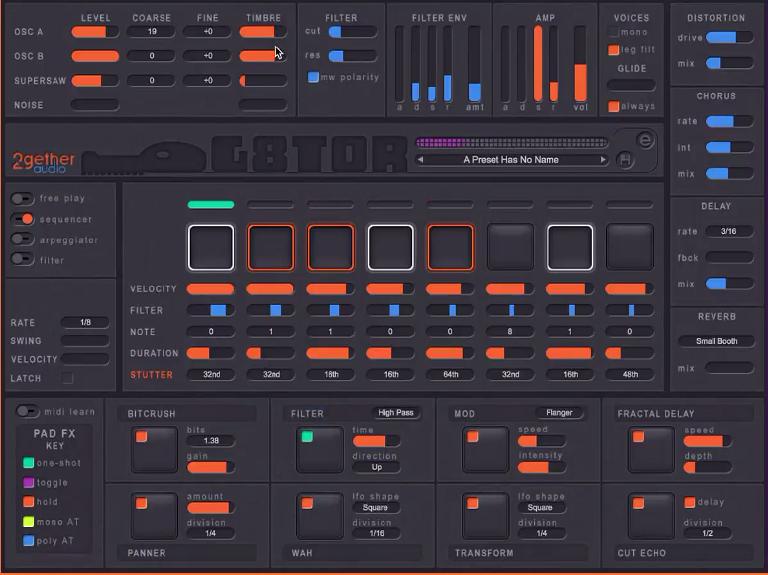 A MIDI learn function helps you quickly assign each pad to an external MIDI controller. G8TOR supports 64-bit VST, AU, AAX capable DAWs and includes a standalone app for use without a DAW. It is Mac and Windows compatible.

G8TOR is released under 2getheraudio's Pay-What-You-Want business model so nearly all musicians, regardless of their ability to pay, can have access to this software.

A free trial is available at https://www.2getheraudio.com/instruments/g8tor