All Articles Reason
Reason 6: The Echo as a Distortion Device
G.W. Childs IV on Mon, October 24th 0 comments
Language
Trust G.W. Childs IV to come up with another left-field approach when it comes to sound design. In this tutorial G.W. dispenses with the traditional and uses Reason 6's Echo as a distortion effect.

No doubt, you've already cracked open Reason 6 and have been song-making for several days now. Like many of us, you were probably very eager to try out the new FX, as they are more than just brilliant: they are game changers.

The Pulverizer for example, makes things hard and dirty. Seriously, have you tried running any of the really old Rex files that have been in Reason since version 1 through this beast of a machine?

The Alligator makes everything rhythmic. Try singing a whole note in to a mic, record it, and then run it through an Alligator. You'll have your own voice dancing!

But if you look closely at both devices, you'll begin to discover that they have much more uses than just compression and gating. They can be filters, delay units, and more. The Propellerheads really designed these units to be multi-FX devices in multiple ways.

Surprisingly, the device simply known as The Echo is no exception... Seriously, when you first look at it and start playing with it you think, 'Well, it's just a Delay unit. Nothing that special here...'

But, that's just not the case; it's really a lot more. I'll show you that in this tutorial, as we learn how the Echo can be also used for distortion.

This exercise will work with anything from vocals to banjo. For this particular exercise, I'm going to run this synth line through my Echo unit:

This synth line is being produced by a Thor. Feel free to use anything you'd like to run through your Echo device. 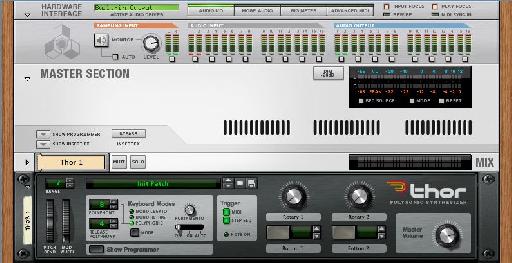 Now I'll go ahead an create an Echo unit for my Thor.

If you have your Reason preferences set to automatically load up presets for any device you create, you'll want to go ahead and right-click on the Echo and select Initialize Patch. 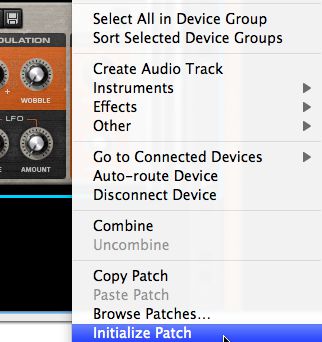 First, we'll go ahead and turn the Sync '˜off' under the Delay section of the Echo, and then turn the Time all way down. We'll also turn the Feedback knob all the way down as well.

Now in the Color Section, let's crank the Drive up all the way, and set the Drive Type to OVDR (Overdrive).

You can pull back on the Drive, if it's too much for your source going in to the Echo. I'm just cranking mine because I like how that synth sounds when distorted!

Okay, now, here's where things get even more interesting: in the LFO section of Modulation, crank your Rate to around 4 to 5 o'clock and lightly increase your Amount to taste.

Definitely feel free to experiment with the LFO settings. Note that they can quickly take your signal from being distorted'"in the usual guitar amp sense of the word'"to suddenly making your signal alien and weird. You may enjoy the latter the most!

Now, let's check it out!

Notice how much more aggressive and alive this synth is now! The Echo isn't really an over-the-top distortion device. But remember: all I have to do is increase the time and feedback and suddenly the Echo is an echoing distortion device.

And, it can go even farther: the Echo also has the Filter section as well, which can easily help you mold your source input to something dirty that also sits nicely within the mix.

If you'd like to know more, make sure and check out the Reason 6 203: The Echo tutorial-video!