If you haven't heard, Akai has a new kid on the block. This kid looks like an old kid, and at times sounds like an old kid. But, at the heart of it all, it's very new, and it's called Rhythm Wolf. This new drum machine from Akai attempts to take us back to a simpler time, by giving us a simpler drum machine that really does feel like yesterday. But, is that a good thing?

Of course, when new drum machines come up in conversations, one thing you always want to know is how many outputs. In this case, Akai has left us with little to be desired. The Main out of Rhythm Wolf is just a mono output. So, any hopes of panning your hi-hat, or snare severely, or slightly over, are going to have to wait, until you track. At first, I was a little frustrated with this. But, when I started using the bass synth, that also has its own individual output, I was quickly re-invigorated.

'¨What is extremely cool is that there is a Gate Trig In and Out, making Rhythm Wolf an extremely handy companion for other new devices, mimicking old devices, like one of the Korg Volca, or an actual vintage device, like an MC-202. Though, if you just want to use Rhythm Wolf with your computer, there's USB MIDI sync, which I used a ton! 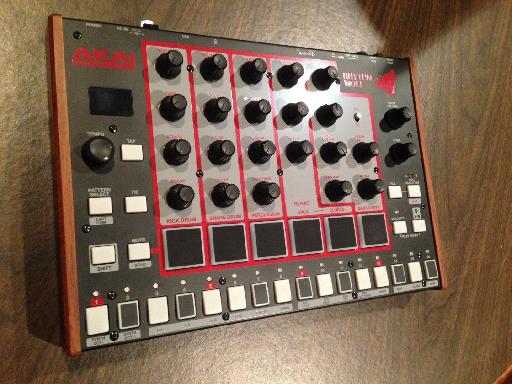 The bass synth, itself is actually pretty cool, if not completely simple. There are two oscillator waveshapes to choose from: square and saw. And, there is some moderate edit-ability through the filter envelope, which only consists of a Decay. The filter actually sounds really pretty cool. And, when you mix the Howl knob, which overdrives both the Drums and the Bass synth, you get a very gnarly, 303-ish bass synth that gets more than a little aggressive.

Sequencing with the bass synth actually is a load of fun. When you hold down a bass synth step, you can use the tempo knob to change the key of the step. And, you've got a Tie function'¦ Now, the bass can really groove, and it does! 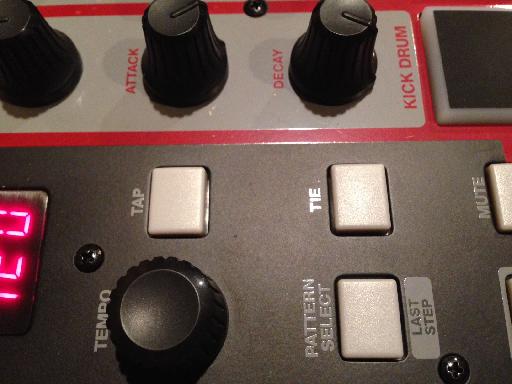 What About the Drums?

The drums are pretty good for the price that Rhythm Wolf goes for, and are nicely triggered by the usual MPC style pads, which light up most wonderfully. The kick actually cuts through better than some of the vintage-esque, true analog devices that are coming out. You can get the beefy 808 sound, or you can bump up the attack, all the way, and get a punch 909-ish kind of kick.

The snare and the hi-hat are actually my favorites though. Jogging the decay on the hi-hat yields some really cool hi-hat patterns with very little effort. And, because the open hi-hat and closed are both on the same channel and appear to be the same internal synth, there is some really cool, analog glides that occur in the pattern, between the almost identical percussion parts.

This is an area of Rhythm Wolf where I'm more than satisfied. The basic sequencer is much like you'd imagine, capable to step sequencing, and light real-time recording, as long as it's within a 32 step sequence. And, with 16 programmable patterns, the workflow of the old machines really is kept intact as well. Simple step buttons light up, and with the Shift button, you can easily switch up the current playback resolution from a 16th note, over to a 1/4, or 1/8 note, or even a 1/32 note, with optional Triplet with just two strokes of a button. For this reason, I could easily see myself using the Rhythm Wolf as a live step sequencer. 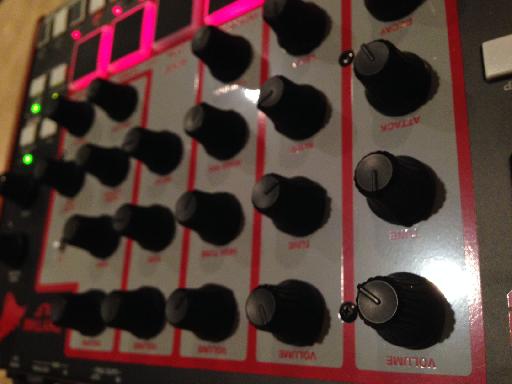 There's even a Swing mode that can be incrementally increased from 50% all the way up, giving you that old time, Akai swing that people crave so much.

The Rhythm Wolf is not a perfect device. It's rough around the edges, much the way the old school devices that it really does a good job of emulating. The output situation, however, does put us in a bit of a quandary. Where I could really see the Rhythm Wolf shining would be at the center of a group of CV devices. Use the sequencer for basslines and maybe for the kick drum, or the hi-hat, and allow another drum machine in your arsenal to carry the rest. And, because it's so simple to program, it would be a great clock source. Using the Pattern Length function, you can slow down to a stutter, and then effortlessly move out, as soon as you want. All in all, I'd say the Rhythm Wolf is a great purchase for guys who already have a fair bit of gear. And if you're new to this stuff, and would like something simple that you can easily learn, this wouldn't be a bad buy either. After all, the price is right!