There’s a seemingly endless appetite for retro drum sounds, especially in the hip hop and r’n’b worlds. The fact that these styles have crossed over into so many other genres means that what might once have been an instrument focused on hip hop producers is now of interest to musicians working in all kinds of other styles as well. Sequence is a Kontakt-based instrument that runs in the full or free versions and weighs in at a little under 1GB. For that you get 4000 samples consisting of kicks, snares, cymbals and other drum elements as well as an “808 bass creator” for making those deep sub basses so beloved of many people. 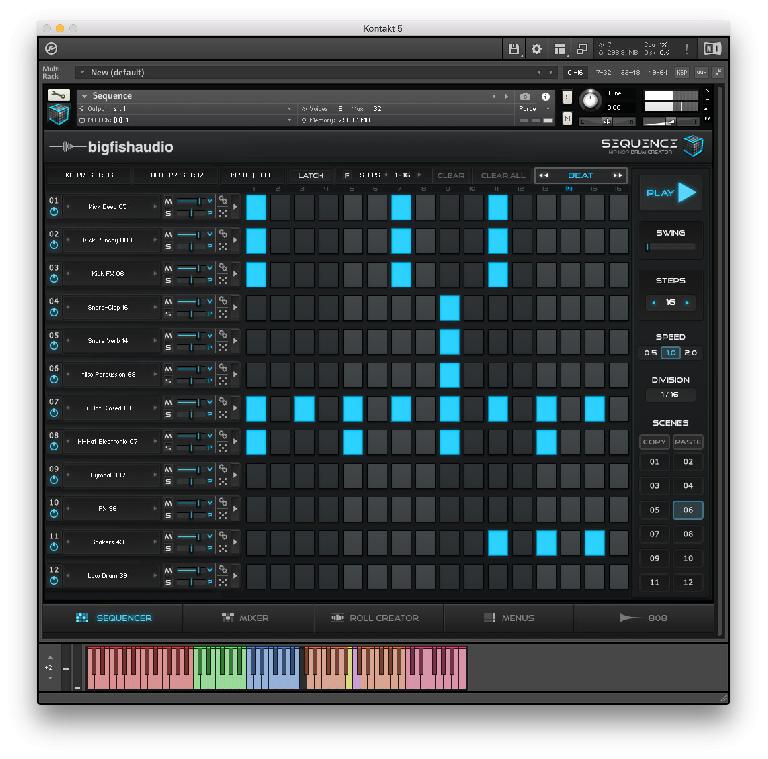 The whole instrument loads from within a single patch – an approach I personally like since it means no messing about inside Kontakt’s fiddly patch browser. The first screen you’re brought to is the sequencer which is where the core business of putting together your beats takes place. There are 12 drum channels and while there are also multiple kit and pattern presets, you are of course free to create your own sequences and swap out any drum for another using the handy sample chooser that can be popped up from any channel. You don’t seem to be able to load your own samples, though with 4000 on offer this should hopefully be less of an issue. For any sample you can invoke a pop up window that lets you tune and tweak the sample, so it’s easy to quickly make any of the samples sound different. 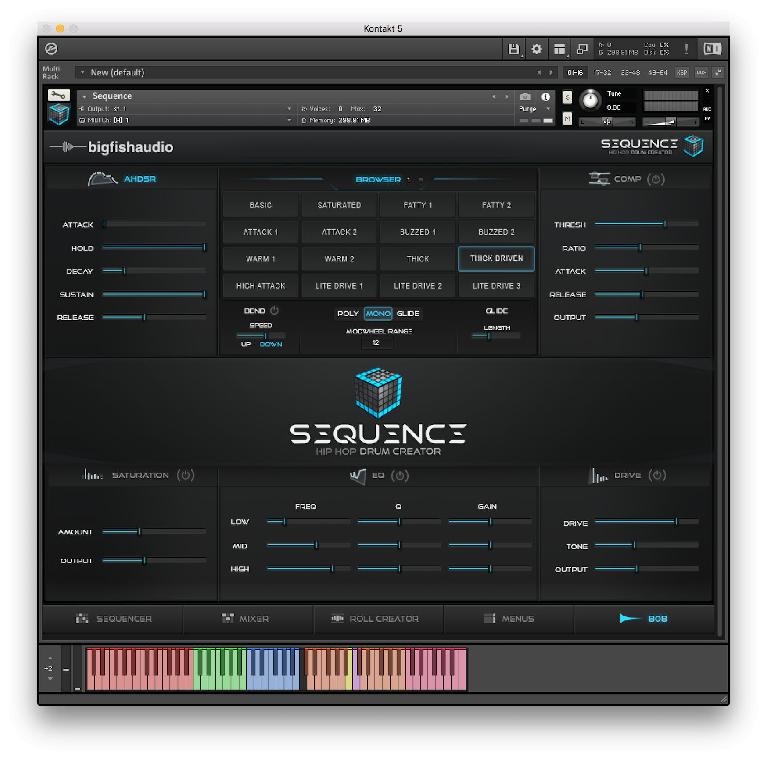 Each channel has mute, solo, volume and pan controls available from this section although there is a larger mixer, as we will see. A pattern can have up to 64 steps and there are 12 scenes per patch, with the ability to copy and paste these easily. As step sequencing goes, it’s really straightforward and you get speed, division and swing controls to alter the feel. For each note in a pattern, length, volume, pan and pitch can be set on a per-note basis so it’s easy to create complex and dynamic patterns – you’re not at all limited to simple uniform plaback.

As ever with Kontakt, various commands are mapped to the keys and shown using colour coding. This makes it possible to switch patterns on the fly as well as triggering different types of roll and playing drums live over the top of patterns. Spinning to the next section there’s a comprehensive mixer with 14 effects available separately to every channel, each with its own set of controls. So there’s a lot you can do in terms of shaping your sounds. The Roll Creator section is interesting as it lets you create those fast-paced rolls, typically on hi hat cymbals, that are the trademark of a lot of modern hip hop and r’n’b, with convenient beat divisions mapped to pads. Last but not least the 808 section lets you choose from 32 custom made 808 sounds with bend, mono, poly and glide modes for adding some massive, fat 808 bass sounds. You can do a lot here too with the various sound shaping controls and effects. 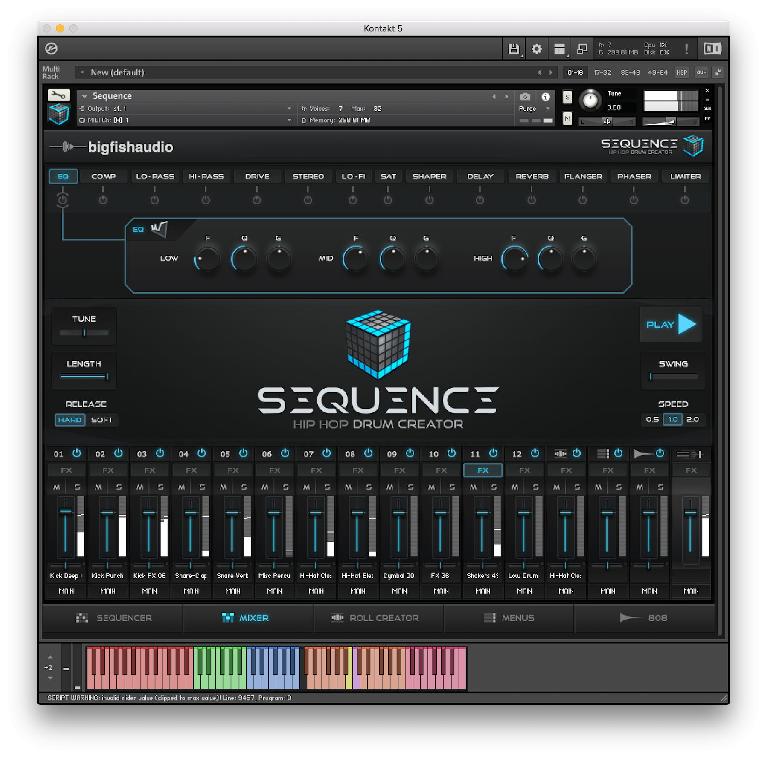 Sequence is a great-sounding drum instrument that does an excellent job of helping you to create massive, heavy urban beats. The sounds are really useable and as well as being very easy to pick up and use right away, there’s an excellent depth of audio tweaking features available in addition to a very comprehensive set of effects. The sequencer is accessible and powerful, the roll creator a nice feature and there’s everything you’d expect in terms of flexibility like the ability to route any channel out of Kontakt separately. At a shade under $100 it’s a great way to get banging beats for any production, and a lot cheaper than hunting down a real 808.

Cons: Can’t import your own samples, if that’s important to you.

Learn more about hip hop and beat making in the AskAudio Academy. 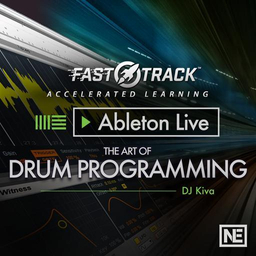 Dream It. Do It.
Do you want to learn The Art of Drum Programming?
Yes, I want to learn!
No Thanks, I just want to read the article.
Feedback
How are we doing?
We'd love your thoughts, feedback and questions regarding our new site. All feedback is appreciated!
We do not respond to this form! If you need support, please visit our support page.
Thank you for your input!
Your message has been successfully sent
Course Advisor
Don't Know Where To Start?
Ask A Course Advisor