All Articles Review
Review: EastWest Voices of Soul
Matt Vanacoro on Sun, January 20th 0 comments
With an impeccable sound, well designed presets and great choice of timbres, could this be the ultimate soul vocal instrument? Matt Vanacoro found out.

EastWest has had some tangible success with their ‘voices’ series. I was quite impressed with Voices of the Empire a while back, so when the chance to review Voices of Soul came up, I leapt at the chance. Here’s my thoughts on EW’s latest foray into vocal instruments for production.

With Voices of Soul you get access to the vocal acrobatics of C.C. White. Spanning a wide range of styles from jazz, funk, blues, to Latin - C.C.’s voice is perfectly suited for an instrument of this type. As you’d expect with a vocal production instrument, you get quite the significant number of articulations and syllables to choose from. There are presets with scoops, choices that have significant vibrato, straight tones, hums and more. Just about any type of pad or vocal sound you’d need to make, aside from specific words, is represented in the sustain and legato categories. 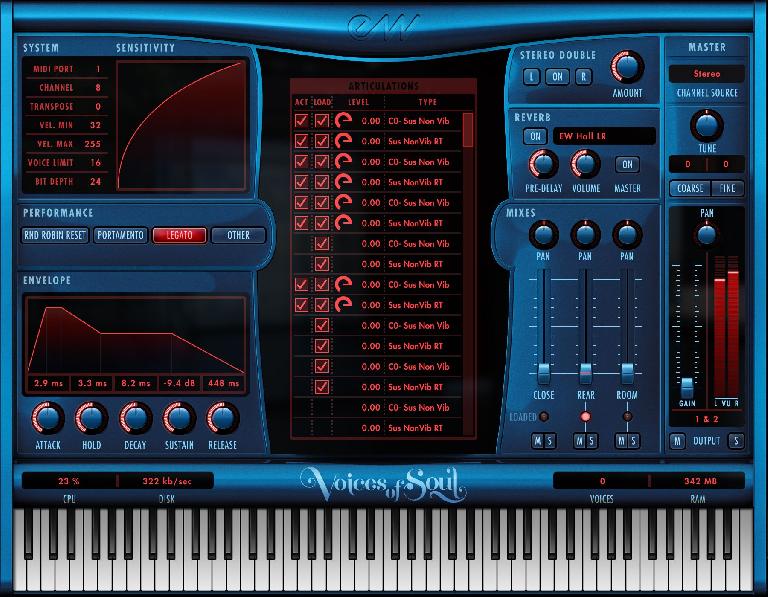 That’s not to say there aren’t ‘real words’ to choose from - there are. In the Phrases category, you have access to over 600 choices that adlib across a variety of styles, and across all 12 root keys. All of these vocal samples are extremely polished and well recorded, with a real ‘sheen’ and finished quality to them. There are also a variety of presets that utilize the FX engine to the max. I’m not talking about simply reverb and delay, either - you’ve got trashy production with distortion, slammed compressors, and a bunch of other cool stuff. It’s all set up for you from the get-go, but you can open up the FX engine page (which has some really nice graphical representations on it) and tweak to your heart’s content.

The samples are organized incredibly well and organically. There are round robin choices, but you can also dive into intentionally artificial sounding presets as well for some electronic production and the like. The key switches are very intelligently designed, allowing for a single instrument preset to contain a significant amount of depth. You can stay within a certain type of articulation, like an ‘ooh’, and play a series of chords. Then, without having to reload anything, simply press a key switch and you’ve got a similar style, but a different syllable. This allows you to really get a lot of milage out of a single preset. You can even play in a vocal part for your entire track, then simply drop in the keyswitches using your favorite DAW MIDI editor afterwards. 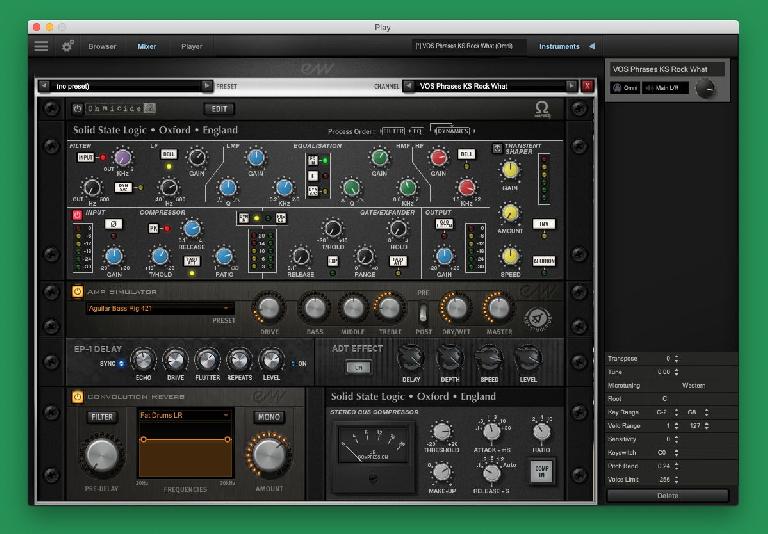 One of the categories that really shone through for me was the mod wheel crossfade patches. These allow you to utilize the mod wheel of your MIDI controller to naturally transition from one timbre to another. The sound really was quite natural, and really helped with the realism factor with this instrument. After all, a vocalist singing ‘aah’ quietly and loudly isn’t just a difference in volume, the support, mouth shape, and tone color all change when singers project differently and this instrument really captures that.

Once again, EastWest has demonstrated that they not only know how to make good sounding vocal instruments, but they know how to make really useful vocal instruments. These sounds aren’t just good, they are playable and usable. I also appreciate that the instrument can be purchased separately and isn’t ‘subscription only’. Voices of Soul really captures the sound of a fantastically talented singer and does so in an incredibly useful way.

Cons: The price is a little high for my taste for such a specific instrument. If you need a soulful vocal collection, though, you really won’t find another one like this.