There are some excellent sampled orchestral instruments on the market and indeed Garritan is the developer of several of them. One thing that many have in common is that they are geared towards providing lots of solo parts which you then build into an ensemble to create your virtual cinematic score. Garritan Instant Orchestra, as the name suggests, is designed to do away with this process of finding and loading lots of sounds to create the orchestra. Instead, it aims to provide you with patches made up of sounds that belong together. The goal is to let you put together great-sounding scores really quickly.

Weighing in at just over 2 GB, it’s small by sampled orchestra standards, though this also makes it better suited to living on the SSD of a modern laptop than most vast sampled instruments that often need to be offloaded to an external drive. It runs in the free Aria Player that’s compatible with most recent versions of Windows and OS X. The player’s interface is functional and not exactly flashy, but provides you with everything you need. The emphasis here is on speed and simplicity rather than fancy graphics, which can be a good thing. 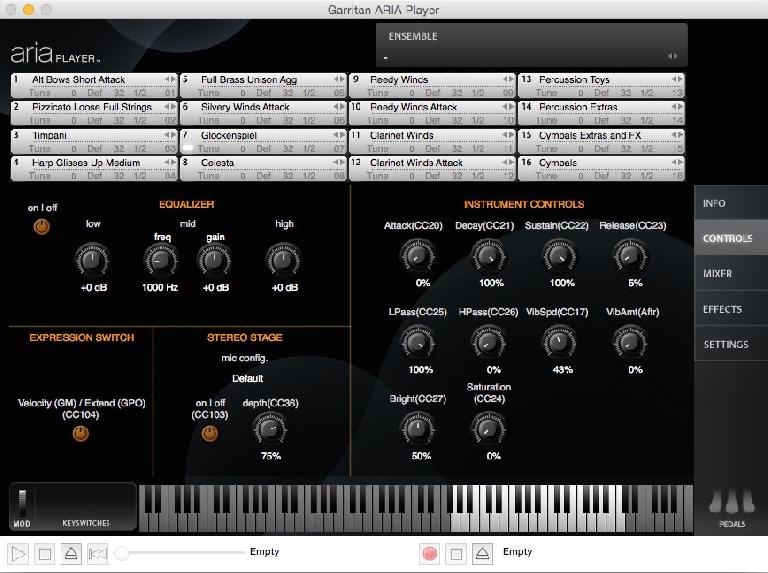 A simple but efficient design.

Instant Orchestra provides a decent number of preset ensembles that are loaded as patches: Combos and Groups, Orchestral Special Effects and Mood-Based Ensembles. The idea is that some or all of the 16 slots inside the instrument (which runs standalone or as a plug-in) hold an individual instrument or set of sounds that can be played using a separate MIDI channel, and either all routed to a stereo output or individually out to your mixer if you load the 16-out version in your DAW. Crucially, these sound sets have been preconfigured to work together both in terms of orchestration and tuning. So ensembles are set up for example to have strings, brass and woodwind playing at different but complementary octaves. In others, the setups are for atonality, giving a different feel. 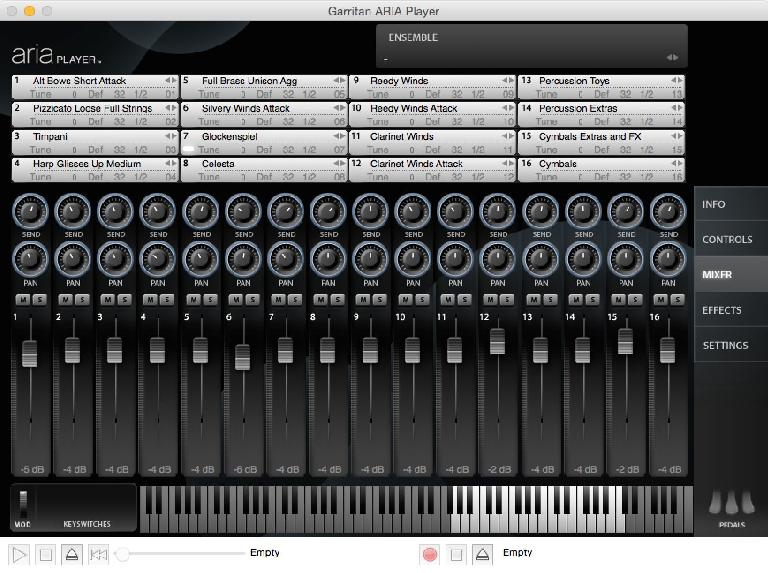 The player lets you quickly swap out any of the 16 slots for a different sound and there are instrument controls to tweak each one including ADSR, filters, vibrato and brightness as well as effects like EQ, stereo, reverb and ambience. A mixer section lets you submix the various parts and change their panning and send effect levels. The sounds are excellent and really live up to their billing as instantly accessible, authentic-sounding orchestras, perfect for scoring films, TV or games. File loading is lightning fast and having preconfigured orchestra sections all contained within a single ensemble means no more hunting around for a woodwind that matches with your strings, for example. 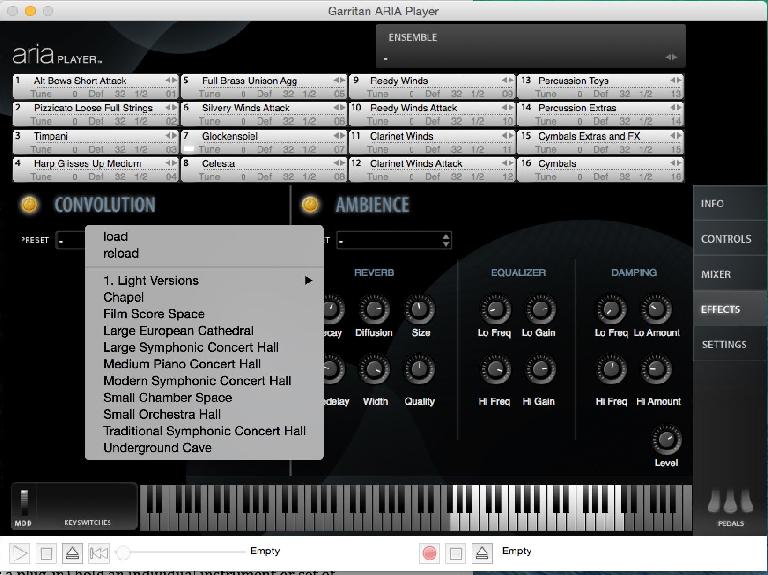 Garritan makes reference to the instrument enabling you to ‘make orchestrations quickly without the hassle of sequencing’, though this is slightly misleading. Yes, the hassle really is taken out of matching suitable sounds, but there’s no MIDI material actually included. From reading the promo I had thought that perhaps there would be musical loops or sequences included as there are with some other instruments, but that’s not the case (though some sounds involve movement like trills or rolls). You’ll still need to play or otherwise trigger these instruments yourself. That’s not a huge deal since you’ll probably want to write your own stuff anyway, but it’s worth knowing. That minor point aside, this is an excellent, affordable and efficient way to get great orchestral sounds quickly and easily.

Cons: No MIDI material included, in case that wasn’t clear. 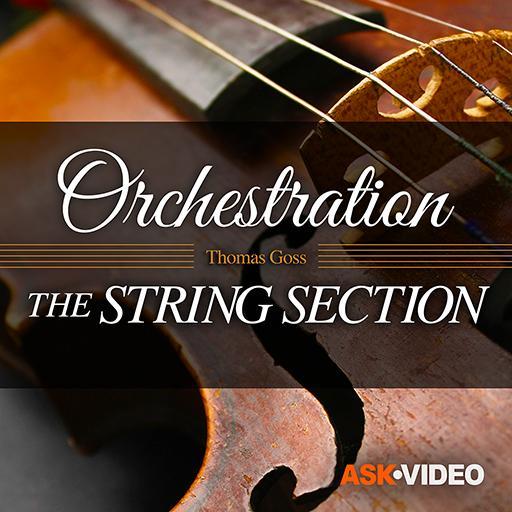