All Articles News
Review: Heavyocity MOSAIC TAPE
Hollin Jones on Thu, October 8th 0 comments
Heavyocity’s MOSAIC family welcomes a new member and this time it brings the sound of tape - and much more - to your tracks. Hollin Jones loads up MOSAIC TAPE…

TAPE is the fourth and newest member of Heavyocity’s MOSAIC series of sample-based instruments. Weighing in at a svelte 2.5GB, it runs in the full or free versions of Kontakt and makes extensive use of the software’s capabilities to push the boundaries of sound design far beyond its relatively modestly-sized sample library.

It’s based around the idea of bringing the character of analog tape to your sounds, not just at the mix stage as you might ordinarily do, but at the level of individual multi-instruments. There are over 100 presets and at its heart are three channels - three sound sources - that you can swap out and mix together. On the main Mixer screen are pan, tune and level controls for the channels, and selecting a channel (as elsewhere in the instrument) lets you replace the sample source with another one from the library. 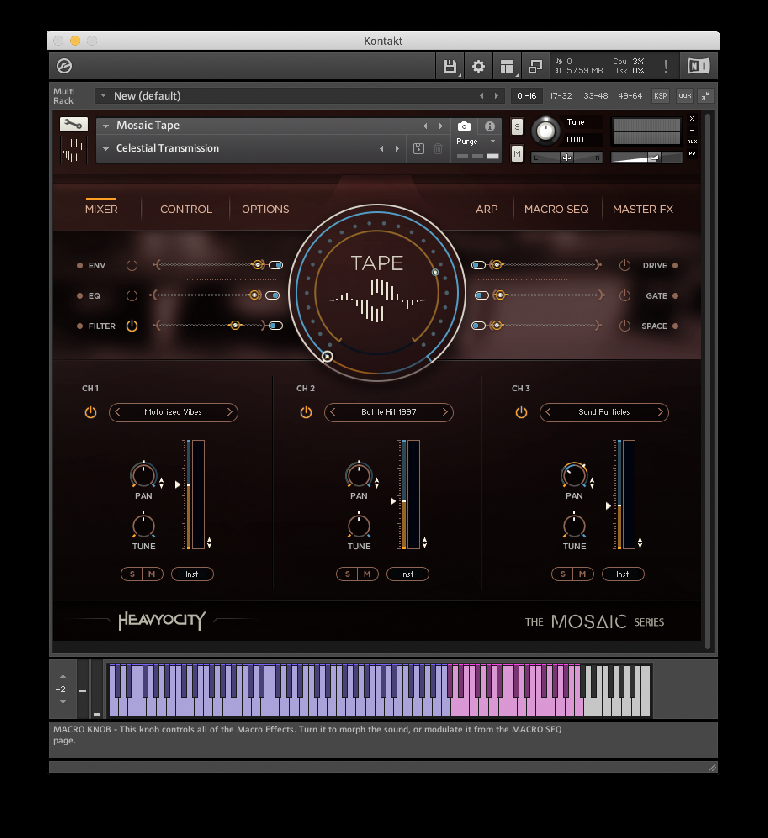 There are also six effect parameters here, each one of which can be turned on or off, or selected to access its full control set on a per-channel basis, which takes you into the Control window. They are also affected by the large Tape knob in the centre, and changing this control alters the amount of tape movement or modulation that is applied to each of the effects. 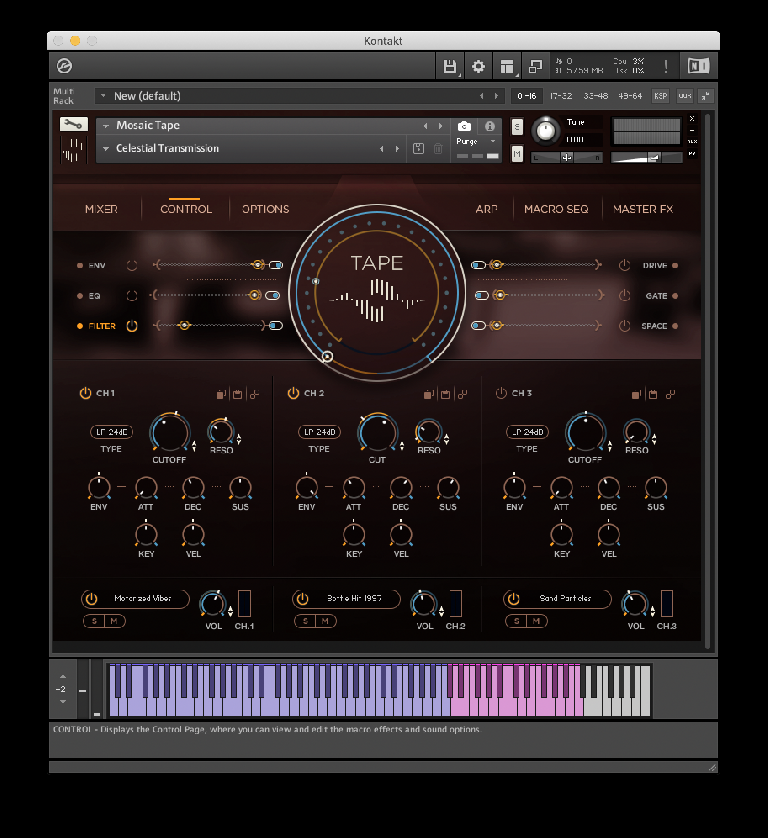 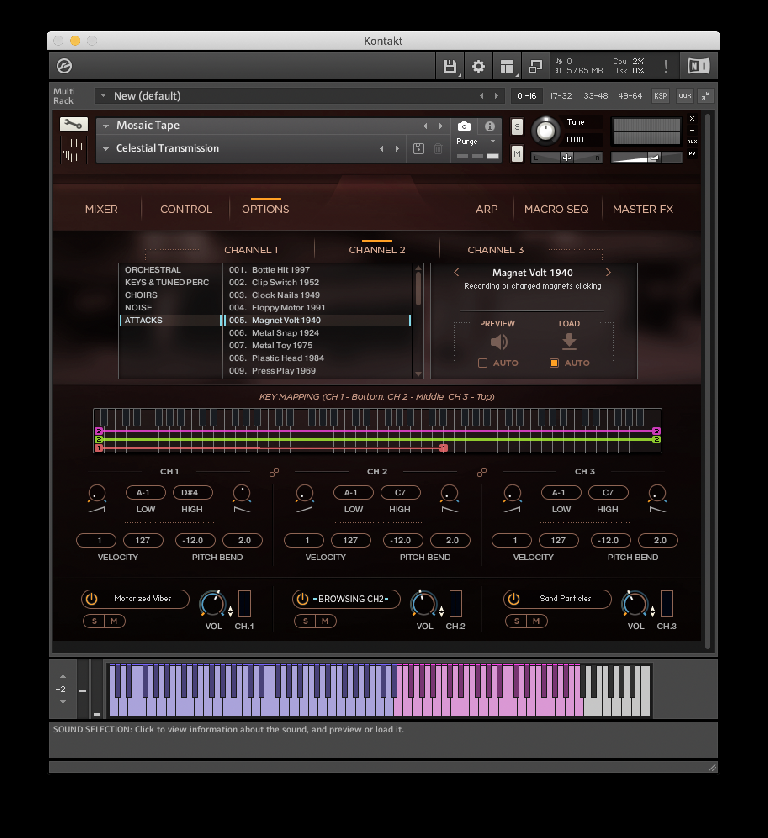 The Macro Sequencer tab controls the amount of movement that is assigned to the six effects, here showing in the same layout as on the Mixer page. By changing the sequencer as well as the amount of movement assigned to the effects you can precisely control the rhythm of the way the various effects animate. There’s a clever system at play that uses dials with ranges, so you can make parameters animate only within a certain value range, for very precise control. 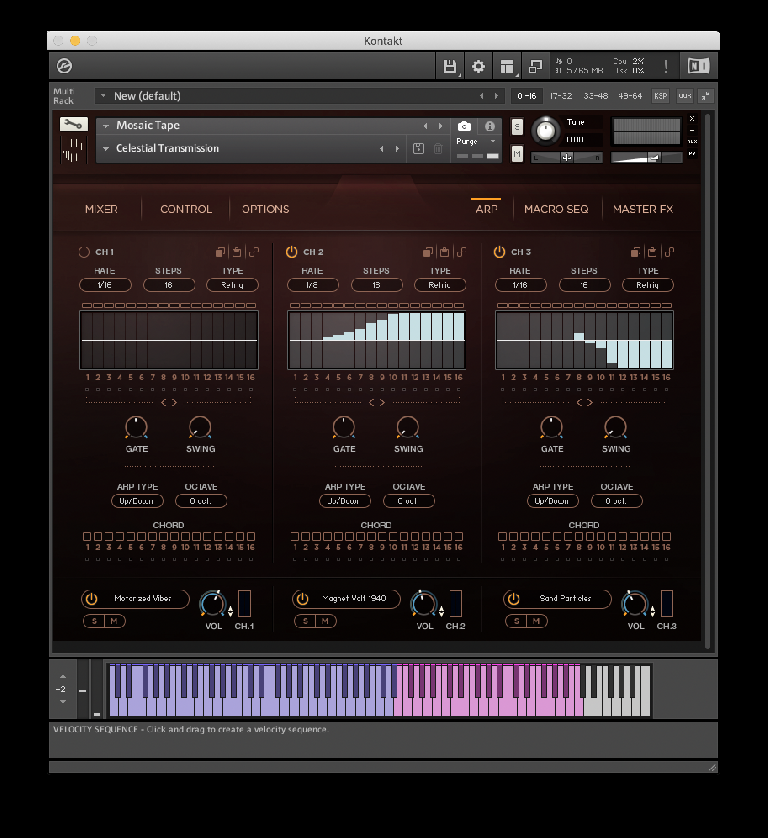 Sonically the emphasis is on the atmospheric and ethereal, with a multitude of pads, choirs, percussion and keys available as sound sources. The Noise and Attacks sample sections provide further layers to dirty up and “lo-fi” your patches, and Heavyocity’s signature “Punish” dial is available in the Master FX section along with Aging, Delay, Reverb and a master EQ. 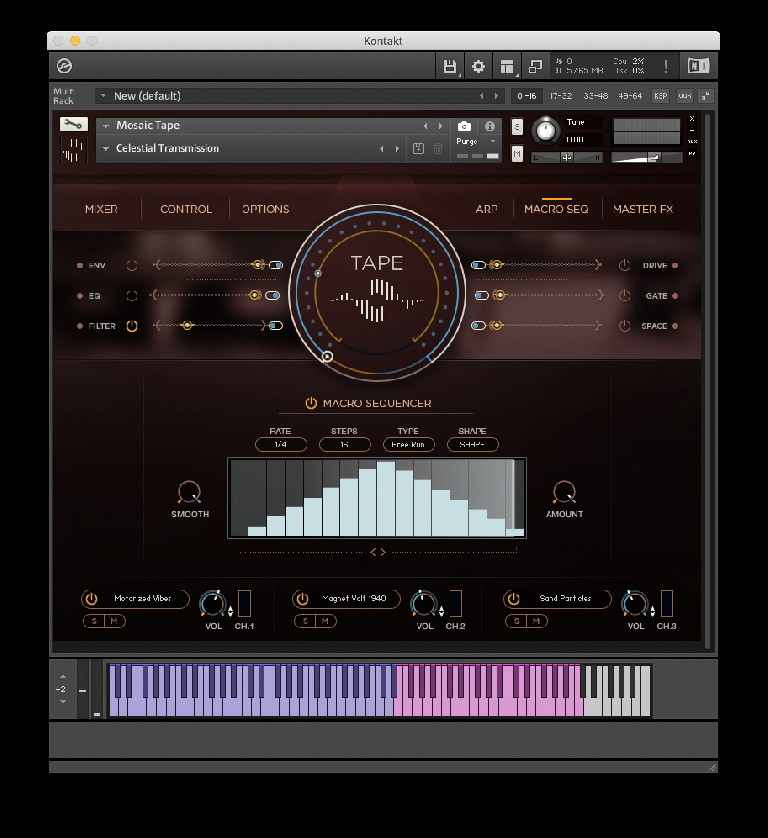 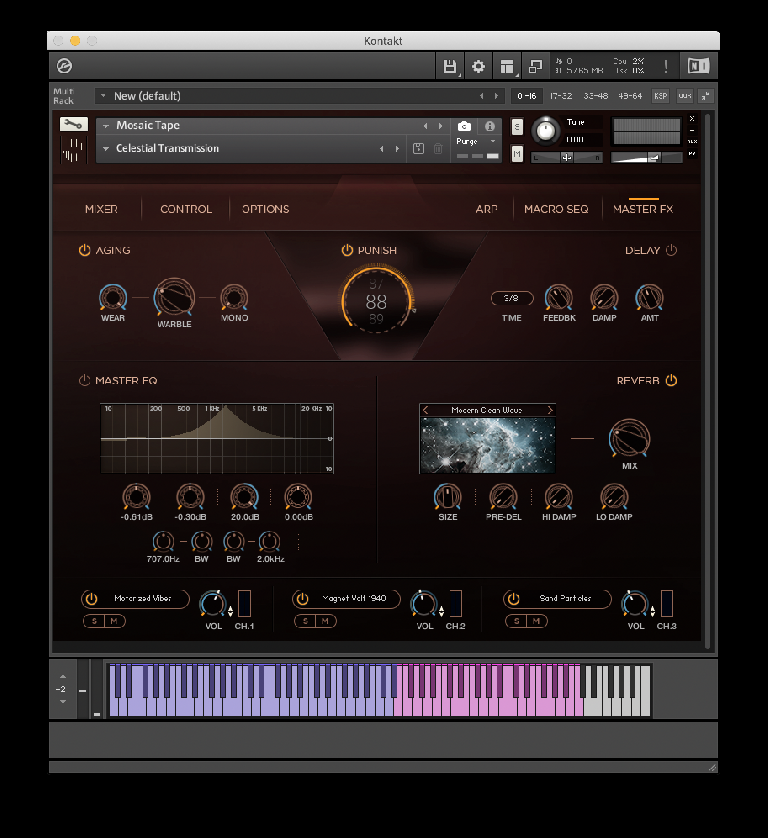 Typically, tape fx just add some chorus, detune and maybe unison to achieve richness but here there’s far more going on. The sounds are absolutely recognisable as having the character of tape, that slight wobble and uncertainty that analog tape can impart, or simply the saturated warmth of a non-wow or fluttering tape system. But it’s taken to a new level, with single patches layering up to three sounds, each with their own detailed controls, and highly flexible modulation of the way the six effects move around and contort.

To be clear, this isn’t necessarily a sound mangling tool, though that’s achievable if you push it to its extremes. It’s more a sound design tool that provides lush atmospheres, dynamic and moving sequences and ethereal soundscapes perfectly suited to the kinds of 80s-themed scores and soundtracks that are particularly popular today. That’s not to say it’s limited to that kind of feel, far from it. With the depth of sound shaping on offer, you can bend TAPE to almost any shape you wish.

Cons: Very little really - if you buy this you’re doing so because of its specific focus on tape and its sound.