All Articles Review
Review: Heavyocity NOVO
Matt Vanacoro on Mon, April 10th 0 comments
The perfect string ensemble library is something many producers dream of. Have virtual instrument specialists Heavyocity nailed it with NOVO?

The ever elusive perfect string library is something that many keyboardists and producers have been chasing after for a long time. A single stringed instrument in and of itself has such a complex series of variables that allow it to create a rich sonic palette - it’s almost overwhelming to think about emulating that sound properly on a computer. Heavyocity went ‘straight to the hoop’ when designing NOVO and merged meticulous sampling with their trademark sonic warping to create something truly unique.

NOVO is a two-headed beast, and it’s best to lay that out up front. You’ve got access to a painstakingly crafted acoustic sample library of orchestral ensembles. This library is broken down into the various string sections, and includes a host of articulations and options. I should note that there are no solo instruments available - NOVO focuses solely on the ‘ensemble concept’. 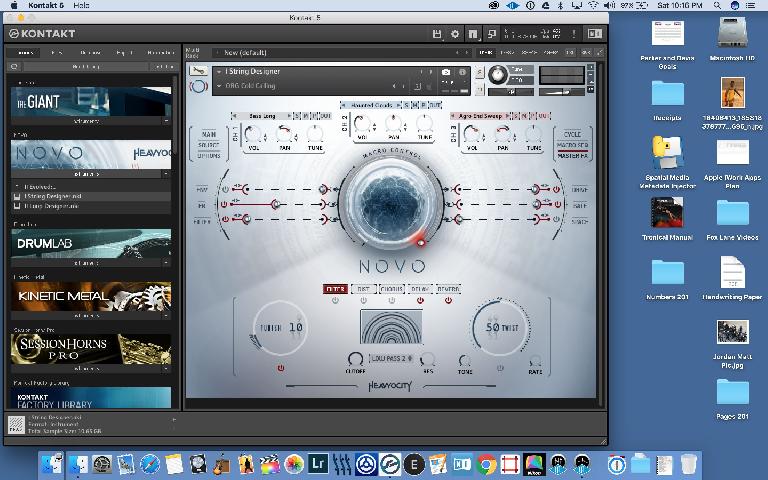 In addition to the traditional string samples, Heavyocity has merged the acoustic samples with an engine that can only be described as wonderfully comprehensive. Imagine being able to utilize elements of the sonic warping of Punish, the soundscape of Evolve, or the spectral madness of Gravity; only using traditional acoustic strings as the source material.

What Heavyocity has built here is simply genius. The source material truly shines, and the engine that twists and contorts the strings into synthetic soundscapes is absolutely stunning. 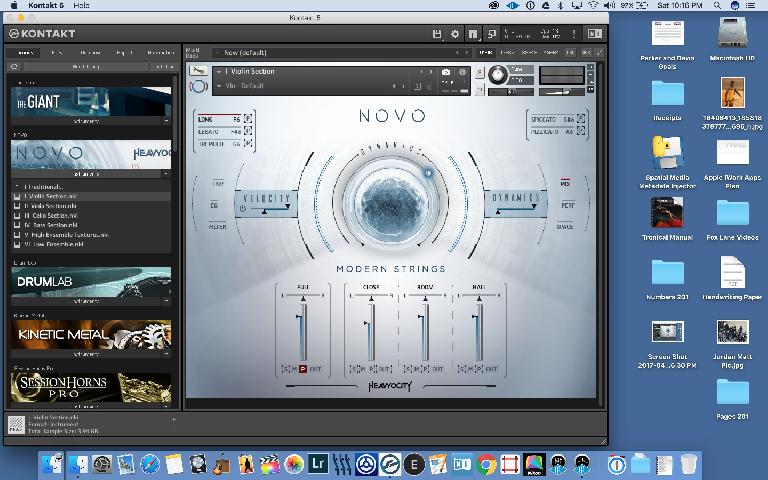 Heavyocity has already proven with instruments like Evolve and Gravity that they know how to deliver interesting sounds with motion, but NOVO is a whole new level. The gratuitous use of snapshots and morphing throughout the library makes every patch useful. The loop designer tool allows you to craft rhythmic phrases and ambient textures in the same paradigm, and it’s amazing how fast you can create sounds and compositions that sound like they have dozens of tracks mixed together.

The fact that you can run traditional string samples, tempo-locked loops and string-like synth pads all through this same engine is fantastic. The sonic possibilities of NOVO are vast, and I had a really fun time playing through many of the patches. NOVO’s take on what a modern string library ‘should be’ is really wonderful, and it reminds me a bit of what Spectrasonics did recently with Keyscape. NOVO aims to redefine what you can expect from a virtual string instrument, and in this Heavyocity definitely succeeds.

There are so many little features that I find myself excited to tell folks about when I show them NOVO. The use of snapshots allows for fast patch switching/rotation. The string dynamics control (something I’ve always felt is one of the keys to ‘realism’ with string libraries) isn’t tucked away in a submenu but is front and center. Now that I’ve experienced the ability to control virtual bowing of the section I don’t know if I can ever go back. The controls in both the string and loop designer are wonderfully laid out allowing for quick access to the things that change the sound the most. There just so much to dig about this instrument! 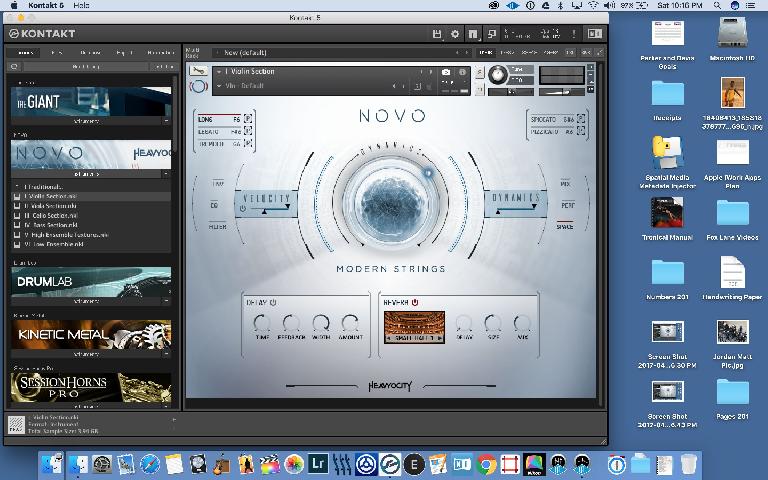 I loved every second I spent with NOVO, and I’m looking forward to making a lot more music with it. If there were individual instrument samples, you would literally never need another string library. Still, this is a fantastic library and if you use strings in your productions you absolutely owe it to yourself to check it out.

Cons: After falling in love completely with this engine, I wish I had some solo instrument samples as well.