iZotope has been on a roll of late, expanding their ‘post processing’ suite of software to both ‘pre’ and ‘during’ the mix stage. There are now plugins offered by iZotope that can speed up every aspect of your mix and make it sound better, and Nectar 3 is the latest addition to their series of audio processors. Nectar 3 is specifically made to target one area of you mix - the vocal track.

Set It And Forget It 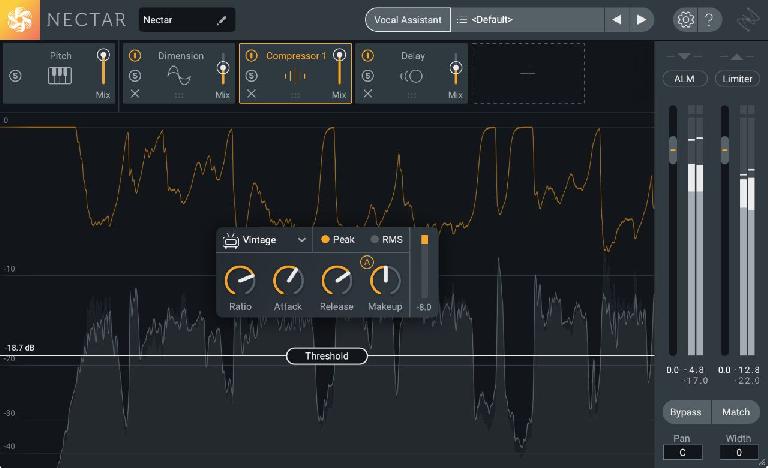 One of the biggest features of iZotope’s other flagship plugins like Ozone or Neutron is the ‘assist’ feature. The assistant is basically an AI analysis tool that can ‘listen’ to your track and either make corrections or suggest corrections by placing EQ bands in specific areas that it ‘thinks’ it needs. Nectar 3 has a ‘vocal assistant’ that does just that. You can select a ‘vibe’ in simple terms, then select a level of how aggressively Nectar 3 should pursue that vibe. Nectar 3 then applies EQ, compression, de-essing, and the like in under a minute.

In practice, I found the vocal assistant to be a fantastic ‘starting point’ that I would tweak until I was comfortable with the result. It makes sense that this sort of thing could be automated, after all. Most of the time, the frequency anomalies you want to get under control are fairly obvious, and if you can see them with an analyzer, why shouldn’t we have a little AI help to place those frequency bands and ‘round off’ some of the sharp edges before we get down to artistic business? All in all, the vocal assistant almost always saved me some time. This feature isn’t a gimmick - it’s here, and it works. There is even built-in pitch correction which offers some basic automatic corrections to help your vocalist sound in-tune if they were having an ‘off’ day.

Are You Smarter Than A 3 Band-er?

The EQ portion of Nectar 3 is really something else. It has a lot of functionality built into one interface, and even rolls dynamic EQ into the mix so you can compress specific frequency bands of your audio while leaving others untouched. The ‘Follow EQ’ has to be one of my favorites though. Imagine a graphic EQ that allows you to ‘tag’ specific bands and follow them around as the singer performs. So that slight cut you made at 3k to ‘take the edge off’ of a singer will also follow her to 3.2k if she drifts a little bit. They’ve got an amazing video demo for you to see it in action and it’s definitely worth a look.

The amazing thing is that even though this may sound complex, these features all work together to actually make the vocal processing a lot more transparent and subtle. Vocals that I treated with Nectar 3 just sat happily in the mix and really sounded fantastic.

The Masks We Wear 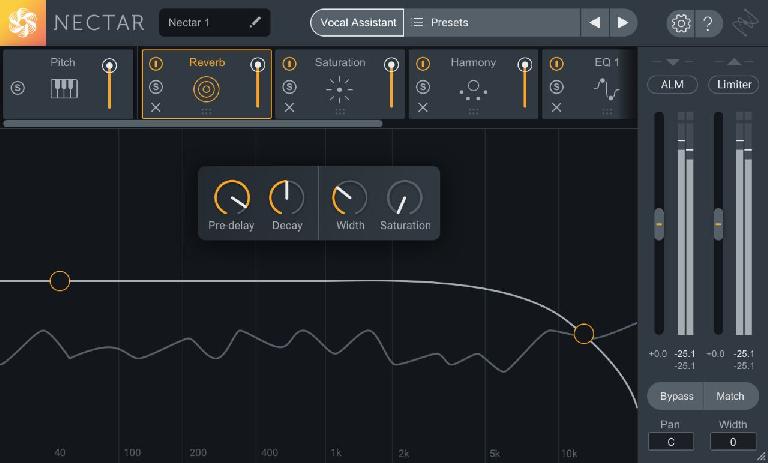 Nectar 3’s ‘unmask’ feature is also worth a mention. You can insert the ‘relay’ plugin on another instrument that you feel is interfering with the vocal frequency, open vocal assistant, choose ‘unmask’ and voila - Nectar 3 subtlety shift mix elements that are overshadowing your vocal track so that the vocal is clearer and more intelligible. If your potentially interfering instrument has Ozone or Neutron on it already, you can also just use those plugins to ‘talk’ to Nectar 3. It’s an amazing system that works seamlessly. 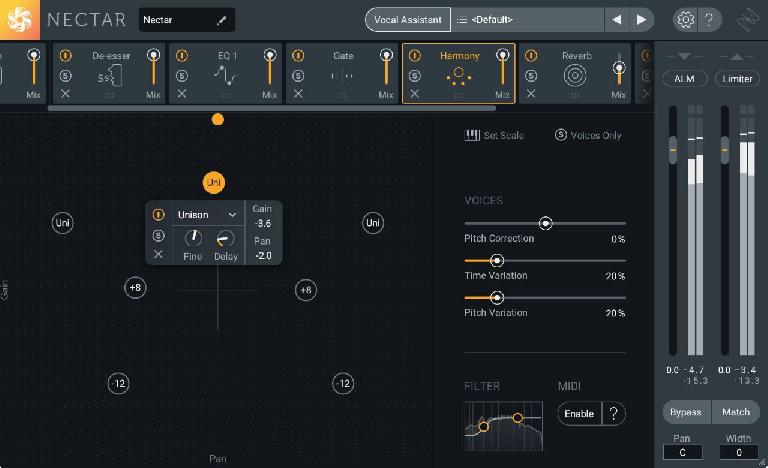 Nectar 3 is a truly wonderful plugin. It saves you a bunch of time when crafting a vocal, and it has just about everything you could ever want to shape a vocal track ‘all in one place’. I’m completely sold on it, and if you mix vocals at all, you will be too. This plugin is an absolute “can’t miss” for all musicians who work with vocals.

Pros: Incredibly intelligent tools, every vocal processor you need all in one place, highly responsive controls, clear and concise interface, CPU friendly. I love this plugin, it’s a huge leap forward in mixing.

Cons: There really aren’t any. At $199 this plugin is kind of a no-brainer for vocals. 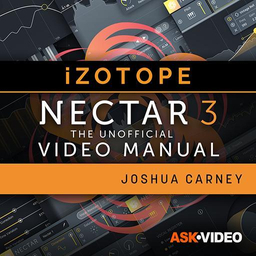 Dream It. Do It.
Do you want to learn The Unofficial Video Manual?
Yes, I want to learn!
No Thanks, I just want to read the article.
Feedback
How are we doing?
We'd love your thoughts, feedback and questions regarding our new site. All feedback is appreciated!
We do not respond to this form! If you need support, please visit our support page.
Thank you for your input!
Your message has been successfully sent
Course Advisor
Don't Know Where To Start?
Ask A Course Advisor