All Articles Review
Review: Modal CRAFTrhythm
Hollin Jones on Tue, July 31st 0 comments
Modal's CRAFTrhythm is a hands-on, tweakable self-build drum machine that has more features than you might have expected. Hollin Jones puts it all together for you.

British company Modal has carved a niche for itself with easy-to-build hardware instruments like the CRAFTsynth, tapping into the market for cool, hands-on programmable instruments without the hassle of soldering. Its latest is CRAFTrhythm, a drum sampler kit that fits together to make a very nifty little drum machine. You can check out our assembly video here.

The first thing you notice is that Modal has put the instructions on the inside flaps of the box it ships in - a nice touch because these are far less likely to be lost than a paper booklet. The instructions are clear and followed carefully it should take around 8-10 minutes to get it all snapped together. There’s no soldering or glueing so it’s all undoable, and not at all messy. If the idea of self-building a synth fills you with terror (as it does me), don’t be afraid - this isn’t particularly complex. Once assembled you have a cool little beatbox, with well-labelled hardware controls as well as headphone and line out mini jacks and a mini USB port which can be used for power (or you can use an optional battery pack) and also for communicating with a computer, tablet or smartphone. The CRAFT App runs on mobile devices and can be used to manage sounds and presets as well as uploading your own samples to the hardware. It’s class compliant so appears to other devices as a MIDI source and destination meaning it can be triggered and automated from a  DAW, for example.

You get 8 tracks of sampled drums / percussion with a 16-step sequencer and 8 trigger pads. Labels are clear and there are push-and-hold actions you can perform to access different functions, with lights on the front panel helping to guide you around. It can store up to 64x 16-bit mono samples at 44.1kHz. 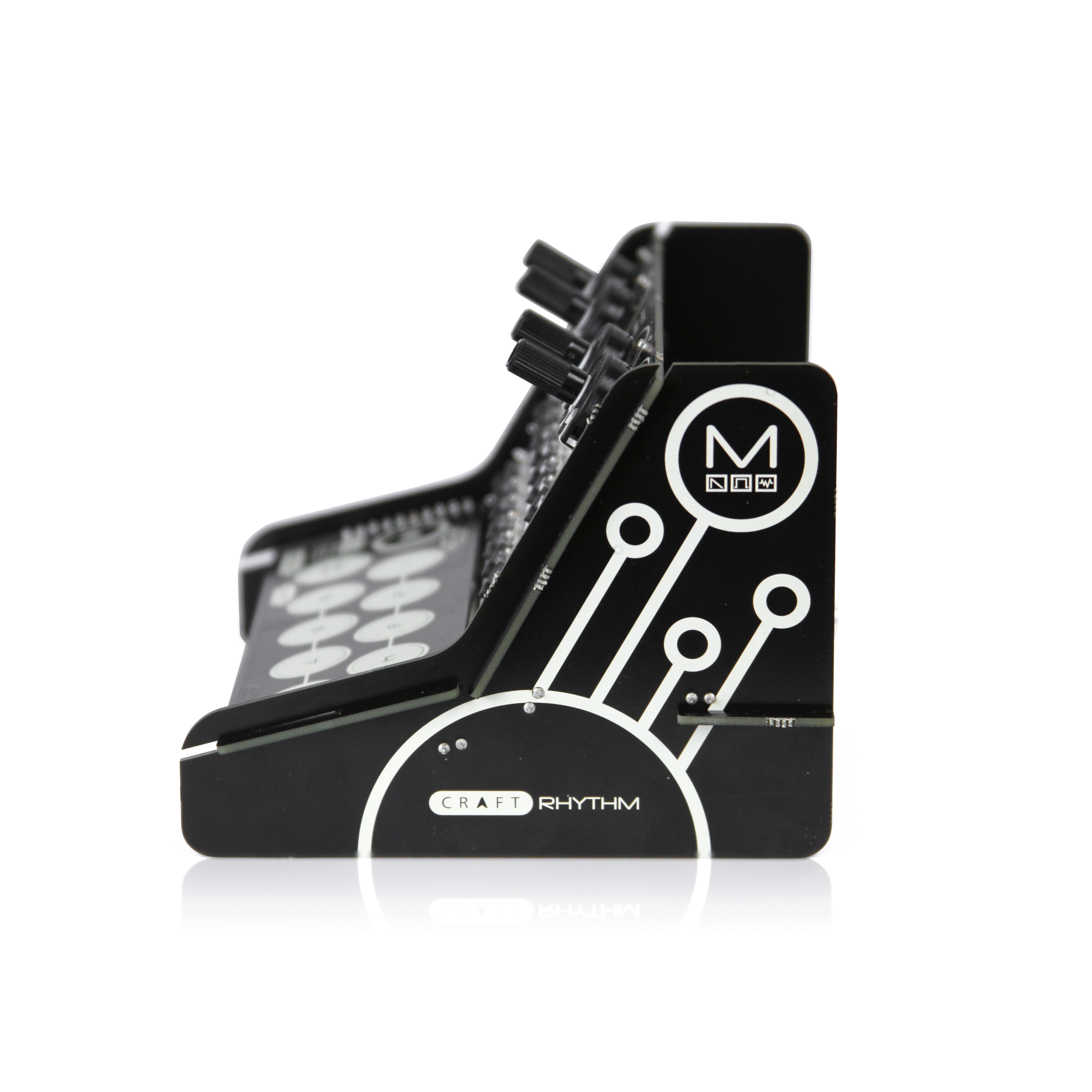 Programming a beat the first time will go smoothly if you have a quick read of the manual, but this is straightforward. Once you’re up and running you can explore the onboard mixer, with level and pan controls, tuning with three pitch modes (speed, stretch and shift), 16 patterns with 16-part pattern chaining and 8 kits. You can of course control tempo and timing and there’s a pattern groove feature to help you create non-mechanical beats with shuffle and groove. Sonically the onboard samples fit well with the feel of the instrument - they are gritty, quite lo fi but punchy, loud and insistent. As noted you can upload your own samples from the app too. 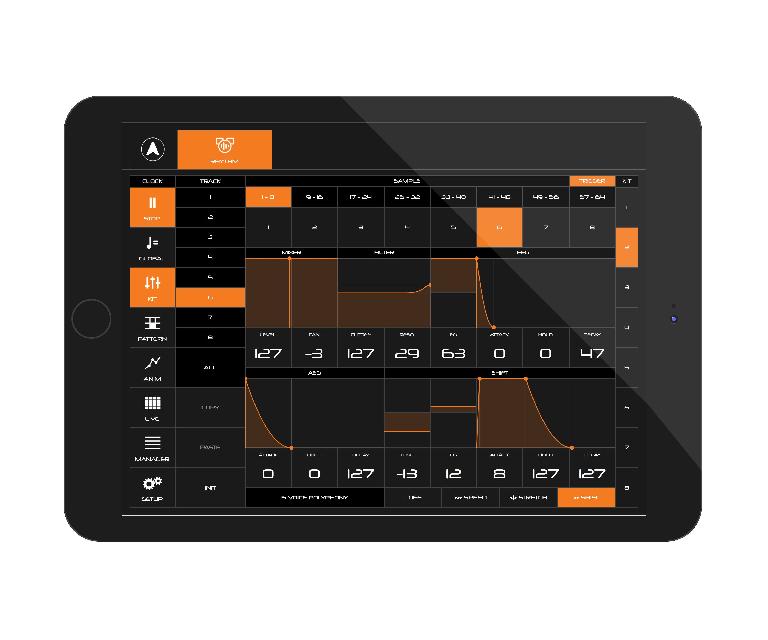 CRAFTrhythm is a lot of fun, and the feeling that you have built it (even if you haven’t done anything particularly heavyweight) is a nice one. It’s sensibly priced - even at a point where it might qualify as an impulse buy or a gift - and it’s not going to break many budgets. The most obvious comparison one could make is with Teenage Engineering’s PO-33 which is not dissimilar, though it has several differences. It’s not a self-build, it has a screen, it talks to other POs and it doesn’t have USB, it has a mic for recording, an onboard speaker and talks to the MicroTonic plug-in. So actually, in some important ways, it isn’t the same thing. 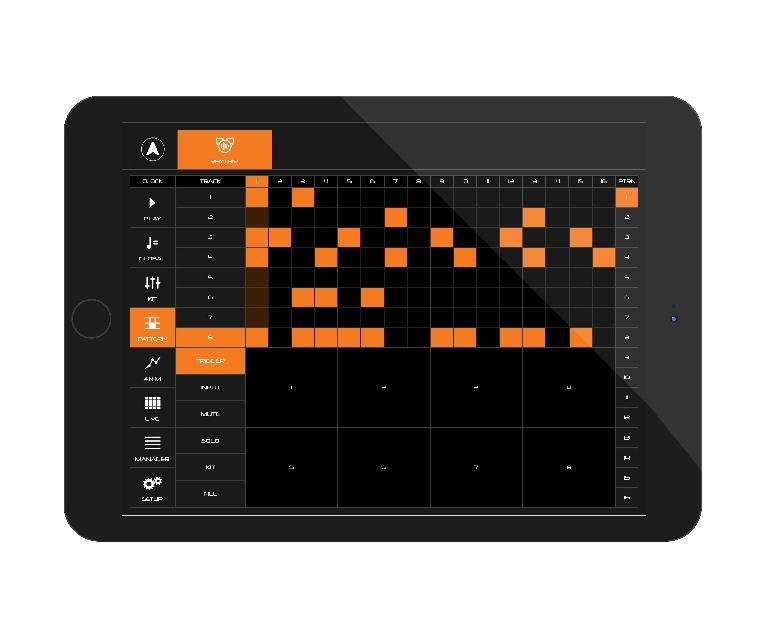 The fact that CRAFTrhythm can talk to your computer or mobile device over USB and be triggered from any kind of MIDI-capable software means it’s easier to integrate into a music setup, as well as being a great way to make cool sounding beats and design sounds and patterns on the move. It’s insanely portable, affordable and sounds great. What’s not to like?

Pros: Great fun. Easy to put together. Good workflow and instructions. The feel of hardware programming in a tiny package. Affordable. Good sound shaping options. Use your own samples. Talk to computer or mobile device over USB.

Cons: No screen, if that bothers you. Battery power is an optional extra.