All Articles Review
Review: Sample Logic Xosphere 2
Matt Vanacoro on Tue, December 4th 0 comments
With an incredibly diverse library and Sample Logic's expertise behind it, could Xosphere 2 be the only cinematic scoring tool you ever need? Matt Vanacoro finds out.

Sample Logic’s latest addition to their impressive lineup of instruments is the next evolution of their popular Xosphere sample library. Xosphere 2 aims to bring lush atmospheric sounds to composers everywhere. Running in the Kontakt environment, this instrument has the potential to shake up your ‘music bed’ workflow. I took it out for a spin and here’s what I found. 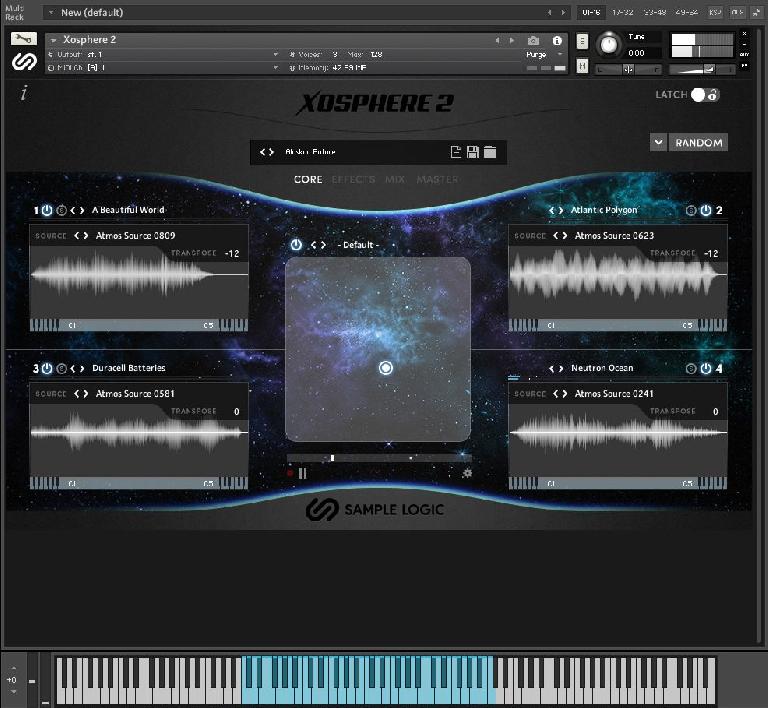 Xosphere 2 comes packed with well over 2,000 presets and sound sources for you to call upon (more on what a ‘sound source’ can do later). It takes up about 13GB of space on your hard drive, and is an ‘unwrapped’ Kontakt library. This means that it requires the full version of Kontakt, and you need to browse through the file browser to load it up.

Each preset is made up of up to 4 ‘atmospheres’. An atmosphere is a sound source, which in most cases is a fairly long atmospheric element. The 4 atmospheres come together to make one massive atmospheric preset with motion, harmonic content, life, and width. The factory presets that ship with Xosphere 2 are clearly well thought out, expertly designed, and inherently useful. I have to imagine that 75% of the users that download Xosphere 2 will probably just want to use the presets ‘right out of the box’ - they are that diverse and interesting. The remaining 25% of you relentless tweakers, though… boy do you have some great stuff in store for you. 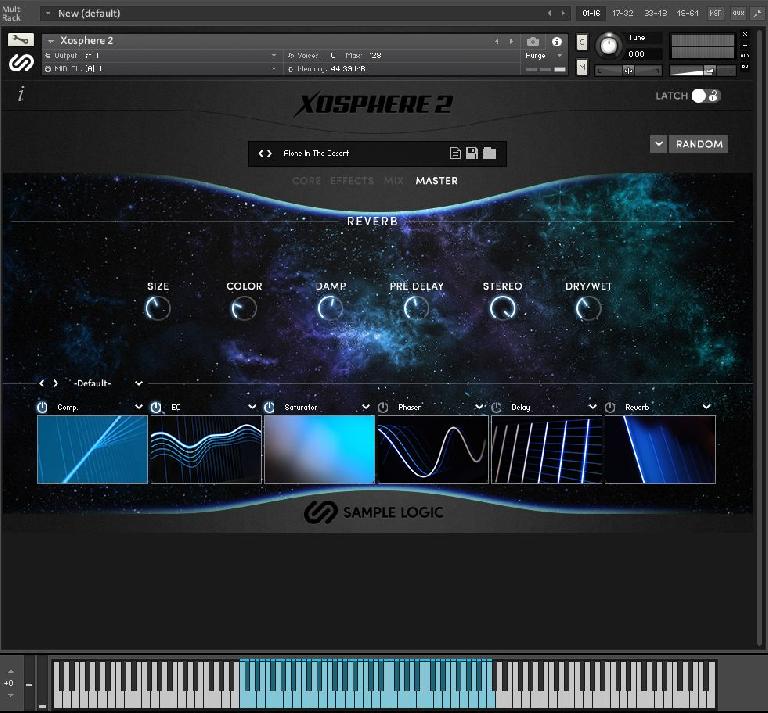 The control that Xosphere 2 allows you to exert on your sounds is truly staggering. Each atmosphere has an assignable MIDI range, so you can decide what region of the keyboard the atmosphere is ‘active’ for. You can craft a perfect mix with an X/Y pad, and that mix can even be automated with motion. In fact, they’ve even included motion presets that can be loaded up to your own customized sound.

When you go into the editing page, the atmospheres themselves have customizable start points. That means you don’t have to start the sample playback from the beginning for any sound in the entire library. You can jump right to the ‘sweet spot’ if you don’t like where it starts. This affords the user a LOT more ‘bang for your buck’ out of these samples.

Browsing both presets and sound sources is simple enough. Both the presets and the sound sources that make up the presets are meta-tagged. This allows for quick customization, although I did wish that the library was ‘wrapped’ so that you could browse through presets like most Kontakt instruments. I will admit, however, that the meta-tag browsing system for sound sources probably couldn’t be as robust and integrated that way, so I suppose it’s a trade off I’m willing to make. 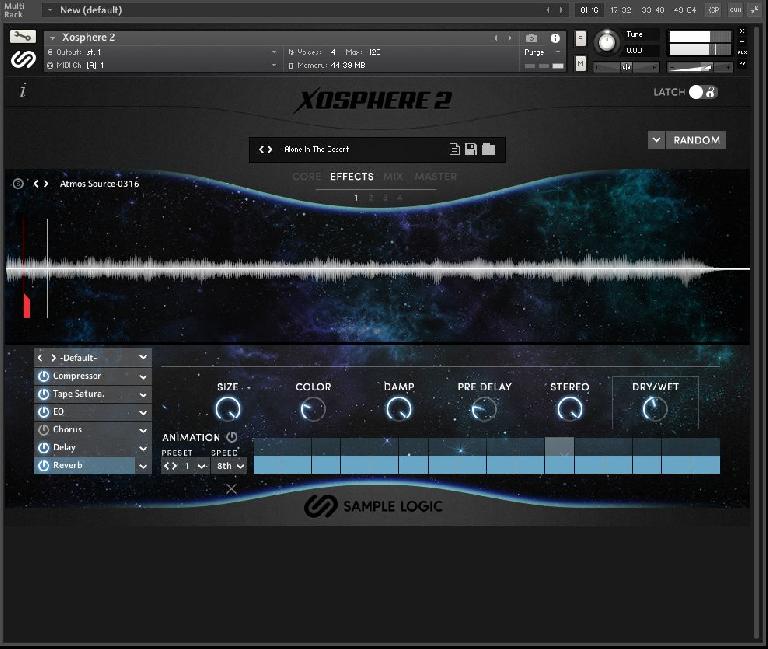 The effects are wonderfully usable, and each one definitely serves the sound design paradigm very well. From compression to tape saturation to delay, everything you need to customize these atmospheres and create massive sound beds is at your fingertips. The random function is incredibly useful as well. The user gets to control the scope of the randomize function, so you can randomize EVERY single parameter of a sound, including the source sample files, or you can simply randomize effects, mix, etc… It’s really quite impressive how much mileage you can get out of this sample library.

Xosphere 2 is absolutely the ‘go-to’ library any film or game composer should have. The presets are not just incredibly musical and diverse… they are LONG and will help you throw down cues quickly and with ease. The customization options are robust, and the sounds are fantastic. What more could you want from a library like this?

Pros: Incredibly diverse library, amazing sounds, excellent engine allowing for precise customization, atmospheres are LONG - you don’t feel like they are ‘repetitive’ like some libraries can get, easy engine to navigate and learn quickly