All Articles Review
Review: Samplefuel POLY and WAVE
Hollin Jones on Mon, May 28th 0 comments
Two new HALion-based synths from composer Danny Lux promise flexible sound generation at an incredibly affordable price. Hollin Jones found out what POLY and WAVE are all about.

Samplefuel is a relative newcomer to the software market, created by TV and movie composer Danny Lux whose credits include Grey’s Anatomy, Dawson’s Creek and many more. After years spent designing his own sounds he decided to create some instruments and share them with the world. And so it is that we came to test out POLY and WAVE, two HALion-based instruments that run in any version of Steinberg’s HALion including the free version, in standalone or plug-in format. Best of all, they are very affordable. 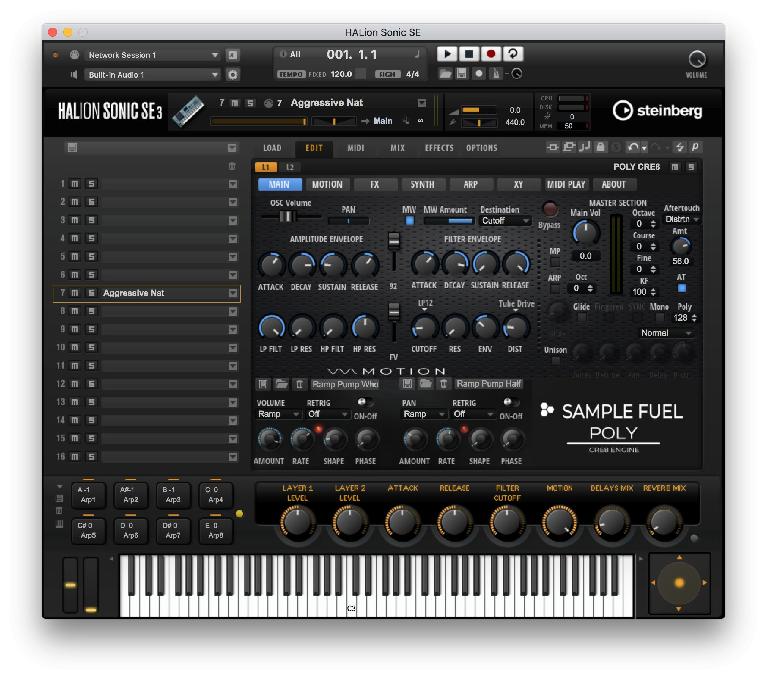 First up is POLY, a 3-oscillator synth that includes up to 8 voices, all of which can be detuned, and Sub and Noise Oscillators. There’s a free demo version of this synth available from the website which you may want to check out. The developers have included a ton of detail on their site about both instruments so I’m going to give you my impressions rather than write long lists of features.

The Main page provides hands-on control of the main parameters but to tweak the synth in-depth you can move to the Synth section where it’s a breeze to select waveforms, detune, mix and otherwise play about with controls. Modulation is controlled via the Motion page, with 2 LFO's, 2 Step Modulators, User Envelope, Amp Envelope and a Pitch Envelope, and there’s also an advanced arpeggiator section with 32 steps based on Yamaha’s Motif system. An XY page provides dual / quad morphing capability and a further two filter controls, and there’s a comprehensive FX section with 18 effects to choose from. Rounding out the man feature set is a MIDI file player and of course HALion has onboard pad controllers for triggering. 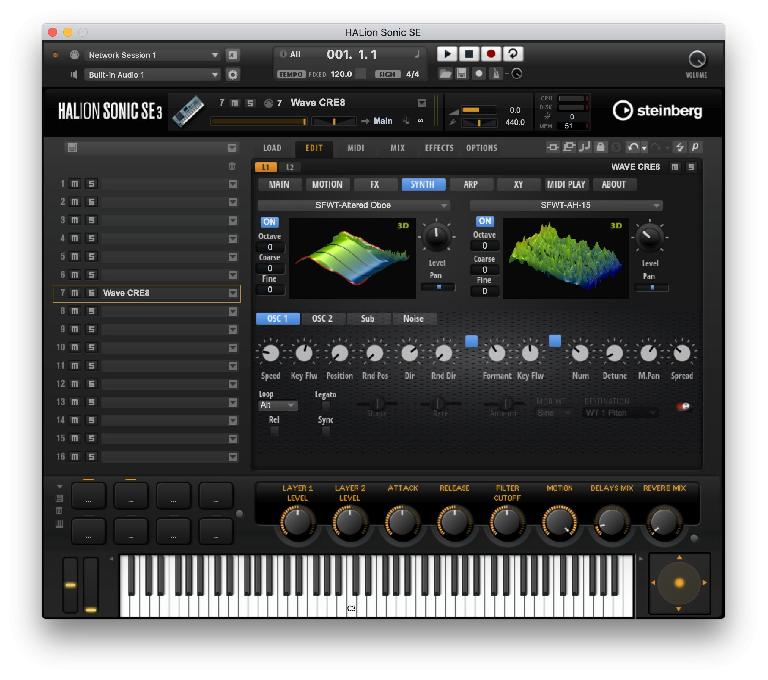 WAVE is a slightly different beast, a dual oscillator wavetable synth with presets featuring 2 layers, and patches in up to 16 slots that can be used multitimbrally or in layered mode. The core sections are much the same as POLY, but the synth section is different since the sound generation method is not the same. Here, you get two selectable wavetables as well as a sub oscillator and a flexible noise generator. There’s support for wavetables from Steinberg’s FLUX and ANIMA which can be used inside this synth.

The synths have their own character of course, since they are based on different methods of sound generation, but the wider control set applies to both. They are capable of a wide variety of sonic results from dreamy pads through stabbing leads, fierce acid sequences, deep basses and more. The presets are a great starting point and very useable but there’s a great depth of tweakability here and you’d be missing out if you didn’t get involved in making the sounds your own, or even starting from scratch. The arp, mod, effects and XY sections are all very helpful in achieving a unique sound, making great sequences and firing your imagination. POLY and WAVE are excellent synths not just for composers or sound designers but electronic musicians as well. At the incredibly accessible price, they’re a very safe bet.

Cons: At this price, really nothing.

Learn more about synthesis in the Ask.Audio Academy: https://ask.audio/academy?nleloc=new-releases
Related