All Articles Review
Review: ScaleCoach for iPhone
Lynda Arnold on Sat, April 26th 0 comments
Language
Imagine an accurate scale coach tutorial with you wherever you are. Well, imagine ScaleCoach for iPhone and you've immediately got a very capable app to do just that, in the palm of your hand.

ScaleCoach is a useful tool for learning scales of all kinds. It also provides a valuable pitch detection option for testing an instrumentalist or singer's intonation while playing or singing scales. Intonation is one of the key components of a skilled musician and this is one of the best apps I've seen that allows for testing this skill using different scales. 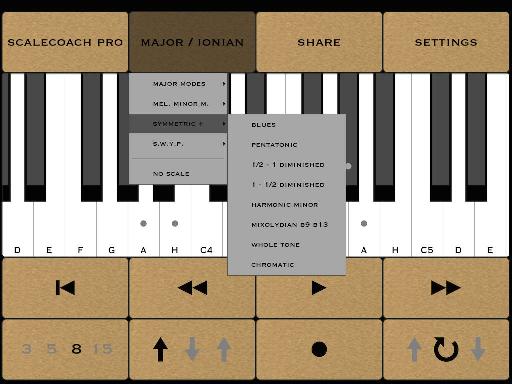 The user interface of this App is very simple providing choices for numbers of scale notes played (3, 5, 8, 15), ascending/descending order and playback or record mode. The App allows for rehearsing one scale at whatever tempo you choose or running through a series of scales chromatically. There is a wide selection of scales included. As an instructor, I mostly use major and minor scales, but I also find the blues, pentatonic, harmonic minor, whole tone and chromatic scales very useful as they are introduced in repertoire. This is a great App for jazz musicians who are learning modes and more complex scales. The various melodic minor mode scales are challenging to remember so this is wonderful way to study them. 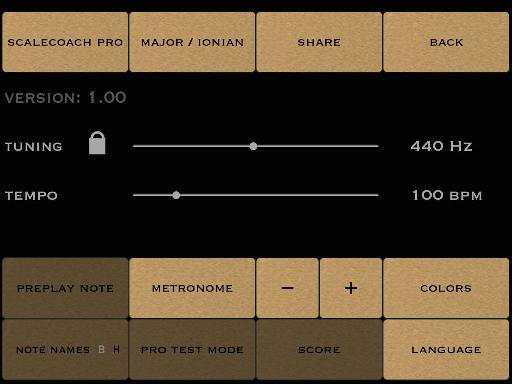 I tested the App using my voice and the A major scale. I sang the scale ascending only with the App giving me the starting pitch. You can see the pitch sensitivity difference between Regular and Pro Test Mode. As you get better at matching pitches on your instrument or with your voice, you can choose the more sensitive setting and level up. 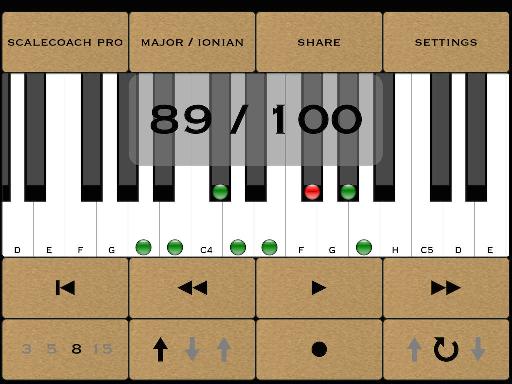 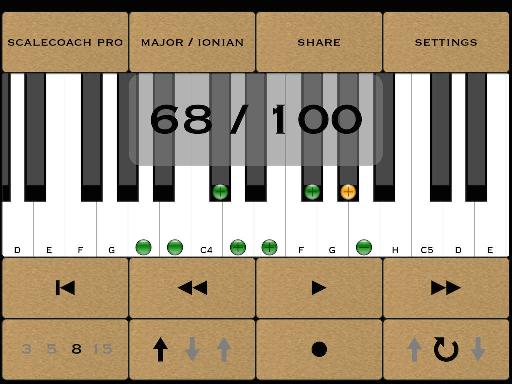 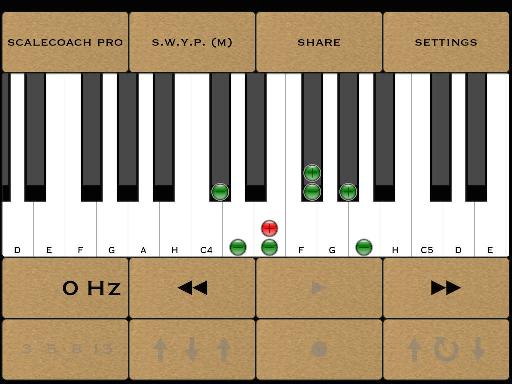 Singing a Melody in S.W.Y.P. mode with Intonation Detection.

The 'Sing What You Play' option is neat feature that will show you what note you are singing or playing. Musicians can sing one note or a series of notes. The App will let you know if those notes are sharp or flat. This is a neat feature for singers who lack the ability to pick out a melody on the piano quickly they may be hearing in their head. Or, singers may need to rehearse a melody and find the notes on the piano. The S.W.Y.P. feature is great for that.

Teachers will find this App useful when working with students. I would use this with my flute players, for instance, to see how consistent their pitch is while playing their scales. I often warm-up with students by playing a note or two into the tuner and then move onto a scale warmup or piece of music. ScaleCoach helps to bridge the gap between the tuning pitch and repertoire practice by turning the elusive and sometimes difficult intonation skill into a fun game, while learning scale theory in the process. ScaleCoach isn't trying to be an all-in-one musical theory App. Rather, the focus is on a few skills that can pave the way for musicians to be better players and listeners.