All Articles Review
Review: Soda, A DJ App Unlike Anything Else
Hollin Jones on Sun, January 14th 0 comments
Could it really be true that an iPad DJ app has more features and flexibility than desktop alternatives? Hollin Jones seeks out the truth...

From the developers of Modstep and touchAble comes a new DJ app for iPad and iPhone - but it’s like nothing you have seen before. Where iOS DJ apps have typically focused on emulating desktop software or even “real” decks, this is a whole new experience. Having used Modstep, it should have come as no surprise to find Soda one of the most insanely powerful and customisable apps I have come across. That this is for DJs, who usually have to compromise when choosing to perform with iOS instead of a computer, is even better.

Priced at $9.99, you’ll need a device running iOS 9.3 or later. Like Modstep, the interface does take a little figuring out since it’s got so many features, so a little research is advisable when you first start out. The key thing to understand is that this is a hugely customisable app, so you can set it up for however you like to work, right down to changing the look of the interface. You can have up to 8 decks, 16 nameable cue points per deck and track, and use the clever Pages system to manage multiple pages of controls, which works better than endless menus.

To get music into the app you can either access your iTunes library or import samples and tracks using the Files app - so a good technique would be to have samples and tracks in your iCloud Drive and then download them to the device for import. It’s a good example of the Files app and the way it lets you store stuff in a central location being so much better than the old iTunes Sharing technique, which I always found cumbersome. 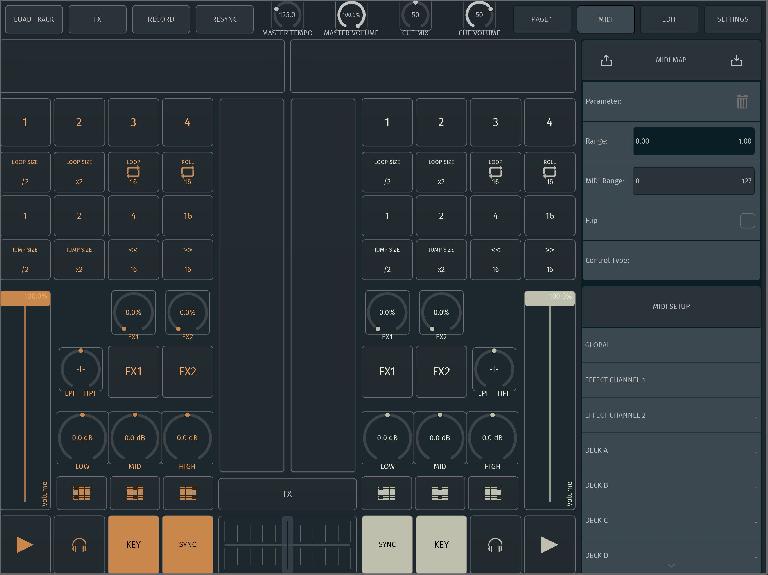 Tracks can be dragged and dropped into decks and their waveforms displayed, and decks made to sync their tempos. There’s extensive looping, cueing, time stretching and launch quantisation as you’d expect, plus a very flexible FX section with two send FX chains with 5 internal effects. It can also use Audio Units as effects via the AU picker, which means if you have other apps with AU support installed, they will appear and can be used as part of your performance. 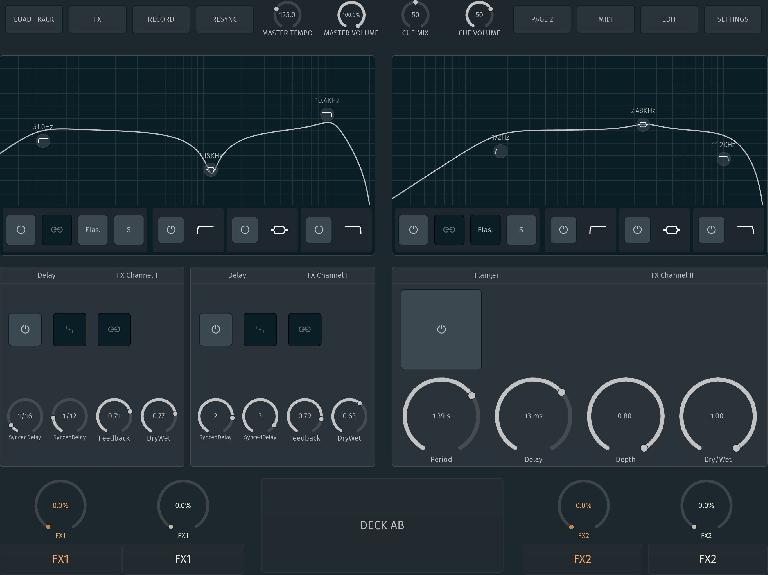 Mix On The Move

There’s Ableton Link support as well as split output for cueing, performance recording and it’s all fully MIDI mappable to any class compliant controller. Waveforms are zoomable, working with playlists is very powerful and you can choose from any of the supplied interface templates or tweak, create and save your own.

Although there is an initial learning curve, once you have found your way around, this app is tremendous fun to play and work with, and arguably more powerful than desktop-based DJ apps costing far more. Some users will customise the hell out of it to create their dream DJ interface and others will simply work from one of the templates. Either way, looping, cueing, performing and realtime FX manipulation are amazing to work with. At the price, even if you’re just starting out this is a no-brainer. If you’re a more experienced DJ you will find much to love in what is probably the most powerful iOS DJ app on the market.

Cons: Something of a learning curve at first.