All Articles Review
Review: Sonible smart:EQ Live
Joshua Casper on Sun, January 7th 0 comments
An EQ that automatically adapts itself to find the perfect settings for any source sounds too good to be true - but is it? Joshua Casper investigates.

smart:EQ Live is a zero-latency adaptive EQ that changes on its own to alter incoming audio to fit better any pre-made EQ curves.The main event is the smart:filter. 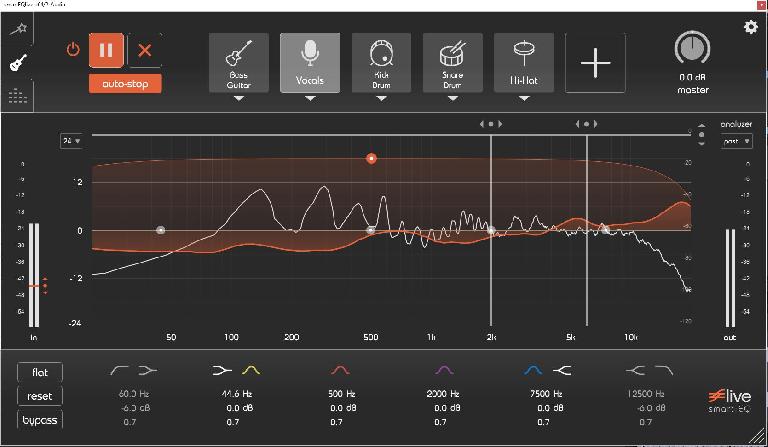 This is where you can start the learning process for the adaptive EQ. For the most part it is fairly straightforward – start, stop, and on/off buttons. However, you can set the smart:filter to “auto-stop” once a certain spectral balance has been achieved or let it continuously analyze and adapt. The former is great for instruments at a concert and the latter for various speakers using one microphone at a conference, for example. 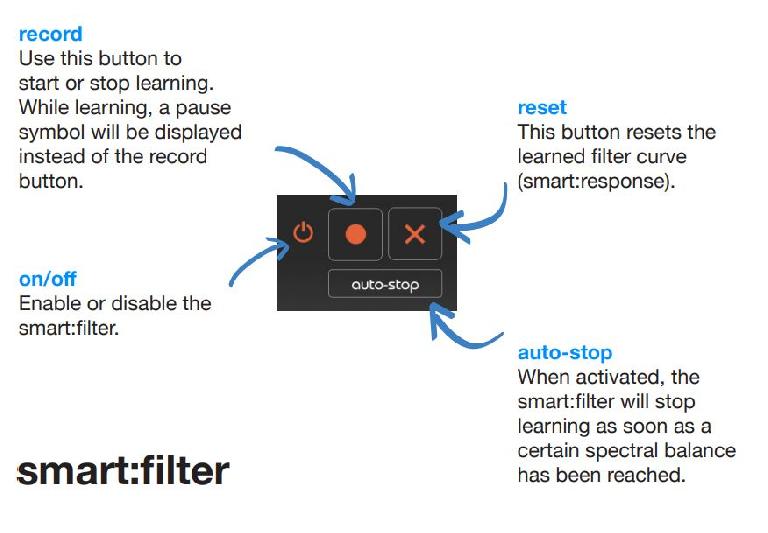 While smart:EQ Live does a great job right out of the box, there are a number of tweakable settings that you can use to help get better results from the smart:filter for your particular situations. Highlights would be the ability to set the adaption speed for 3 different frequency bands whose crossover points can be adjusted. This is great if you want the bass frequencies to be less agile in response to incoming audio. You can also adjust the gain ceiling and manipulate the weighted curve of the EQ as well.

Preset profiles are quick ways to prime the EQ to what kind of source audio will be coming in and it will adjust its parameters to get better results. There are a number ready to go and you can also make your own.

After all is said and done with the smart:filter you still have a great 6 band EQ to make your own changes.

The final EQ curves sound fantastic. I tried smart:EQ Live on basses, dialogues, lead guitars and drums. The results always sounded better. I also was impressed with the ability to leave the learn feature enabled so that smart:EQ Live is constantly adapting to the incoming signal, which is great when you are passing mics back and forth between more than one person. On the other hand, I found the “auto-stop” feature really useful for instrument mics or when there is just one singer. It really is “hands-off" and great for anyone that needs to get results quickly and easily.

I think one of the biggest draws to smart:EQ Live is the “live” aspect of it. Dropping it onto a track and leaving the auto-stop feature off when you have one mic jumping between more than one person, for example, and having the smart:EQ adjust itself to each voice individually is incredible.

However, one thing that I noticed is that there is a second or two for the learning to take place and the resulting EQ curve to move to where it wants to go. This means that every time you pass the mic from one person to another there will be a second or two of live EQing happening which is noticeable and can be distracting. This would also happen each time you started a song.

If you have the smart:EQ on the lead vocalist, guitar, bass, and drum kit and started your song, all of the EQs would have to learn and set the curves and that process would not sound good. In fact, it would be very noticeable and unpleasant. This might be nit-picky, but it is something that stood out to me while testing the plugin.

I think this is a big step in the right direction of getting our plugins to do the heavy lifting for us. Getting a good EQ curve went from tirelessly tweaking 3 potentiometers and manipulating an analog signal is some circuitry, to digital parametric EQs with more options than most need, and now to the smart:EQ Live which is doing most for us automatically. I think this plugin is built for live show mix engineers, speaking events, and people who are looking for a little help in the EQ department of their music production processes.

Pros: The final EQ curves sound really nice. If you don’t have time for a soundcheck or don’t want to fuss with dialing in filter nodes this will be a lifesaver.

Cons: The delay time to locking in the EQ curve might be distracting when used on instruments in a live setting.

Learn more about mixing in the Ask.Audio Academy here.