SonicCouture has recently released a new cinematic soundscape instrument called Haunted Spaces featuring recordings by Chris Watson and an impressive sound sculpting interface. I jumped at the chance to dig into this instrument after reviewing and playing with Geosonics a few years ago. As a lifelong fan of SonicCouture, I’ve been following the evolution of their products throughout the years and enjoy seeing the innovations in their interface design from one instrument to another.

With Haunted Spaces, Chris Watson takes us on a journey around the world in caves, buildings and natural environments that hold a sense of depth and history to them and then attempts to capture this feeling on an auditory level. With 8GB of content and 400 presets, Haunted Spaces  contains unlimited permutations of atmospheric richness and eerie depth that can add to suspenseful scores, soundtracks and sound design elements. 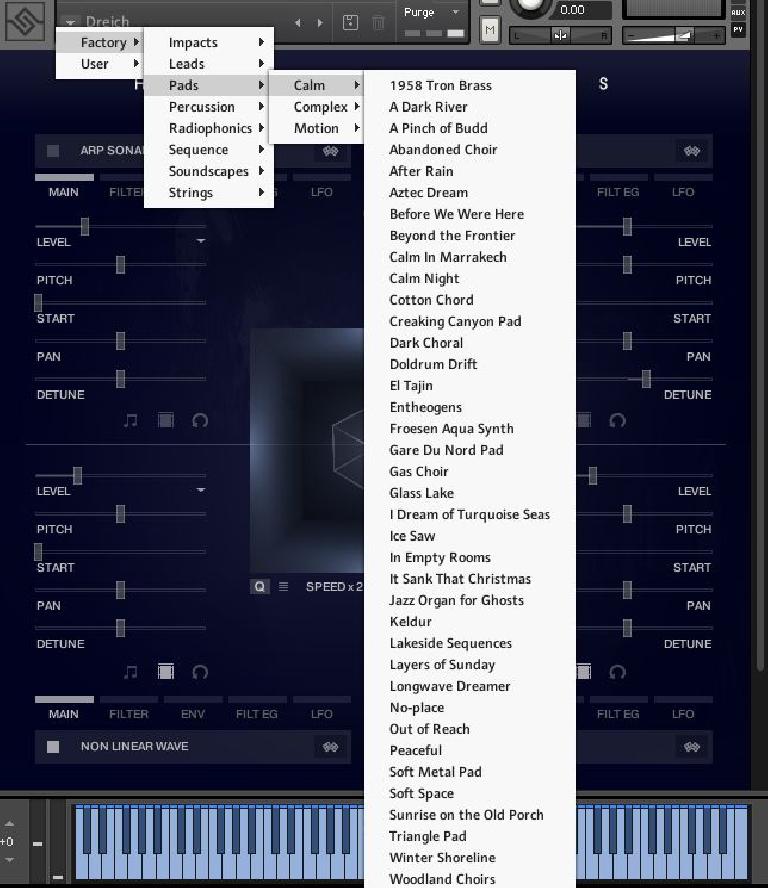 Chris Watson’s view of the world through sound is a fascinating one.  The best way to truly understand the perspective of his work is to watch the two part interview about the environments he encountered while gathering recordings for Haunted Spaces.  In his process, he spends many hours in each place finding the right location to record, observing the movement of the environment and the stillness - how those sounds interact, weave and create a unique tapestry.  He even touches on the capturing the history or ‘ghosts’ of each place, ruminating on how the environment, whether enclosed or open, holds the resonance of past happenings. You could say Chris is into the supernatural, but in artistic terms, especially with sound, aren’t we all?

The Haunted Spaces instrument then takes this naturally occuring concept into the synthesis realm, where you can weave the tapestry of textures, tones and movement further creating your own unique worldly cinematic soundscapes.  As I found in Geosonics, many of the Haunted Spaces environments are very big, rich sounds within themselves and how you choose to create movement and subtlety (or not) is up to you as the sound designer. The source material offers so much to work with. 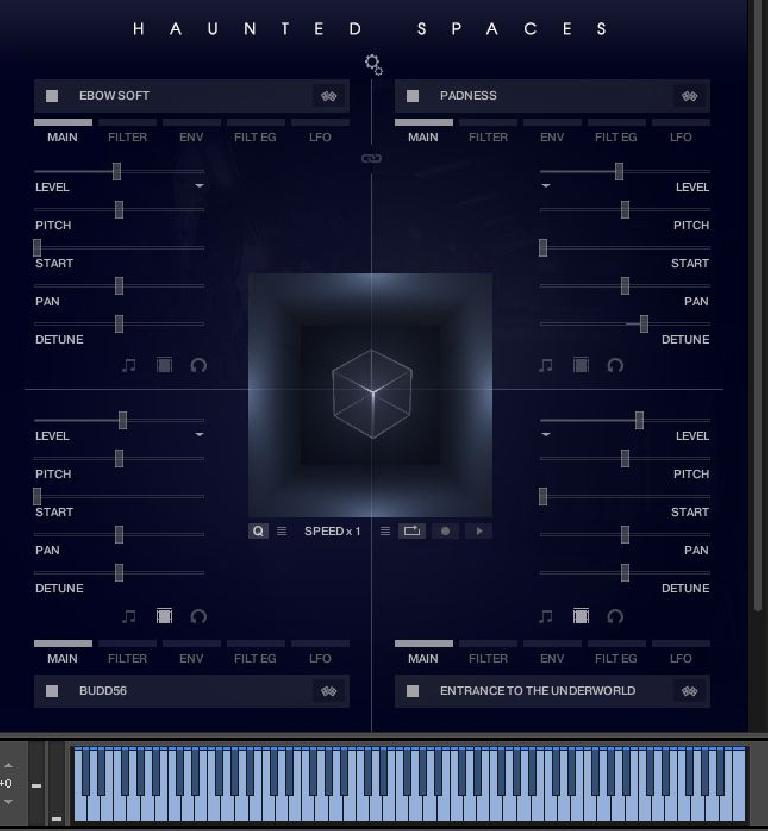 The centerpiece of the Haunted Spaces interface is the XY Cube Control, a 4 point controller that allows you to mix between 4 different waveforms of your choosing. Within each quadrant you can adjust filters, envelopes, pitch, pan and LFO settings. Movements of the cube can be recorded and automated, even tempo-synced to your DAW. The link button in between the first two quadrants allows you to control the parameters for all 4 sounds at the same time. This is handy for adjusting all levels, filter and envelopes for quick editing and sculpting.

Auditioning waveforms is easy with the wave browser.  You can quickly browse by category and audition sounds as you select them. When recording a movement loop with the cube, remember to hold down a chord or note while automating.  Using an X/Y controller pad if you have one on your controller is way better than using a mouse, but if the mouse is all your have, it will work just fine with a few tries at getting the right flow around the quadrant.

Once you have a movement loop, you can change the direction of it for sonic variety or record another ‘alternate’ loop. Speed controls add to the fun for quick modulations. If you need inspiration or ideas for how to use the cube you can use one of the automated presets included in the dropdown menu picture below. Then you can experiment with changing the parameters by flipping, swapping, shifting or smoothing the cube path as well as shifting the timing of the loop’s start points. This could keep one busy for hours with all the infinite variations. 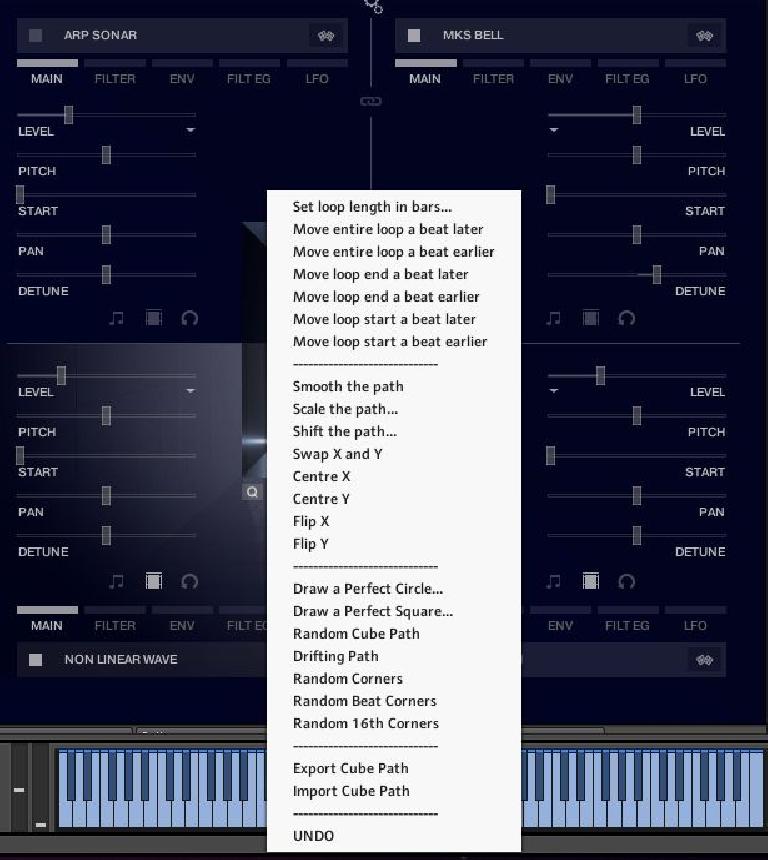 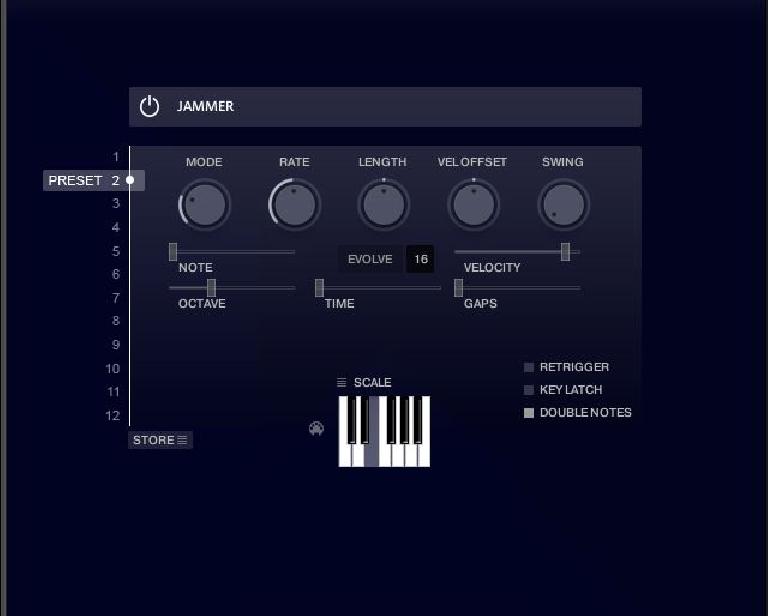 The Jammer appears in many Soniccouture instruments now and is an innovative generative arpeggiator. You can record up to 12 loops with different patterns that can be dropped straight into your DAW for further editing and arranging. This is a quick way to get part variations composed without leaving the instrument. You can filter the scale and do all kinds of editing to the flow of the loop including timing, velocity, spacing and so much more. 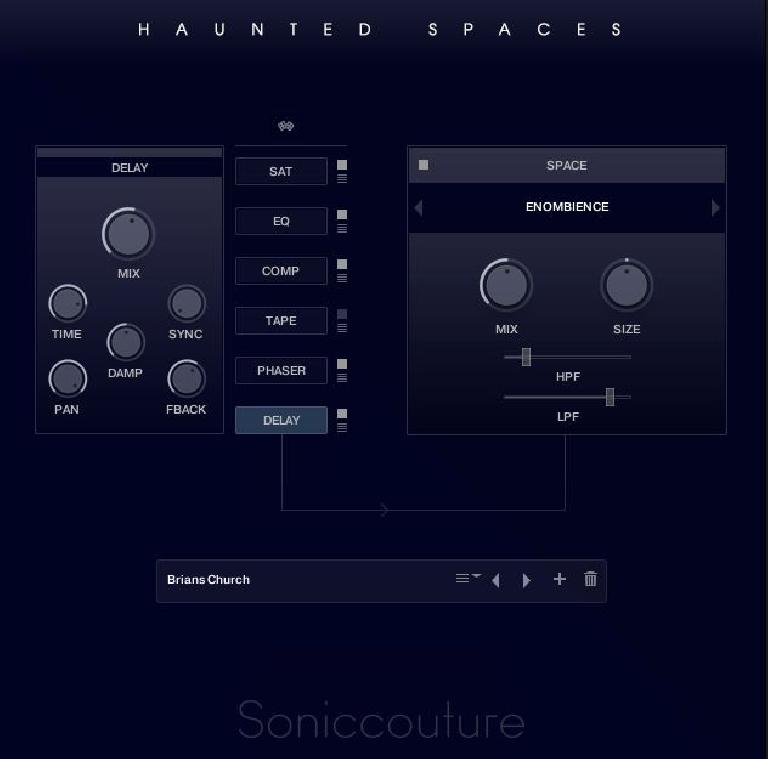 The options panel has a powerful tuning feature with 50 preset scales and controls for creating your own micro-tuning settings. A MIDI setup option for the control cube and pitch bend controls are also included here. The scales have a fun element of chance to them and offer another place for sound variation and tuning customization. 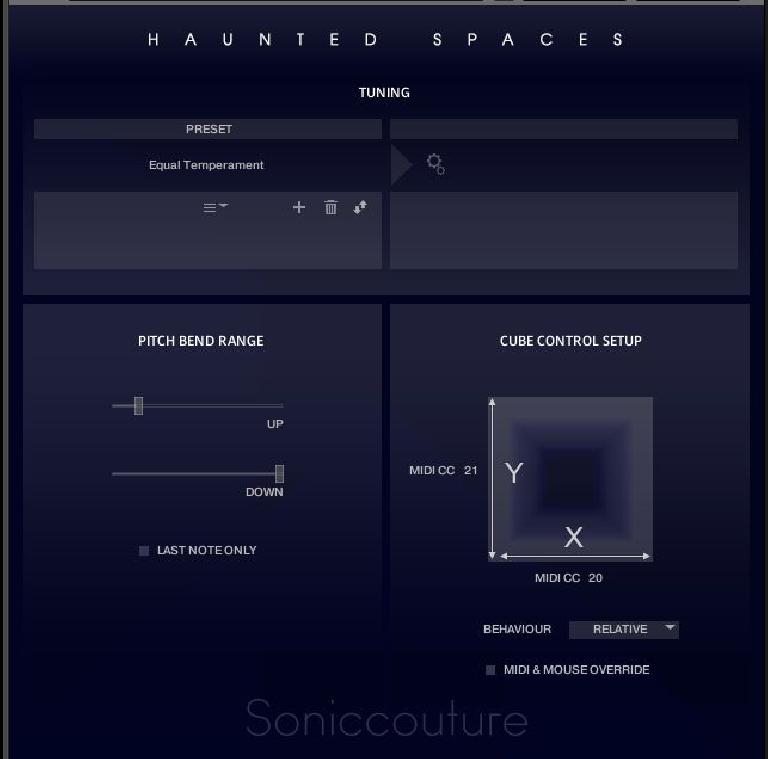 The effects panel has a similar design to Imogen Heap’s Box of Tricks instrument. There’s an effects chain that includes tape, saturation, compression, chorus, stereo and delay and it ends with the reverb ‘space’ control settings. Many of the Haunted Space presets have natural reverberation to them, but the space reverb settings will come in handy for blending the sounds in the quadrants together a bit more, among other uses. The effects panel is another powerful way to alter the soundscape with the instrument to create your own textures. In general, I notice more sound sculpting controls with the more recent SonicCouture instruments, and more attention paid to creating simple but effective workflows for fast designing.

Soniccouture has created another sound design winner with Haunted Spaces. This instrument is very reasonably priced for what you get, especially with all the sound sculpting controls and the recordings of Chris Watson from around the world. You could certainly spend hours just going through sounds and listening to presets for inspiration. So much is put at your fingertips here. I highly recommend checking this out if you are a sound designer, film composer or music producer looking to add extra special atmosphere to your tracks.

Cons:  Not for every genre of music, but certainly tailored to the cinematic composer and ambient enthusiast.