All Articles Review
Review: Steinberg Nuendo 8
Matt Vanacoro on Fri, December 15th 0 comments
Nuendo is Steinberg's flagship audio suite: more than a DAW, it's got feet planted firmly in the film and game audio worlds too. Matt Vanacoro wonders if he can live without it now...

With all of the features packed into Cubase, it might overwhelm the average user to think that Steinberg has something more up its sleeve with Nuendo. With deeper workflow and connectivity options, Nuendo has always been an extremely ‘big’ program with an array of options. Nuendo 8 ups the ante with a bevy of new features that will make game, film, music, and TV program makers absolutely drool. 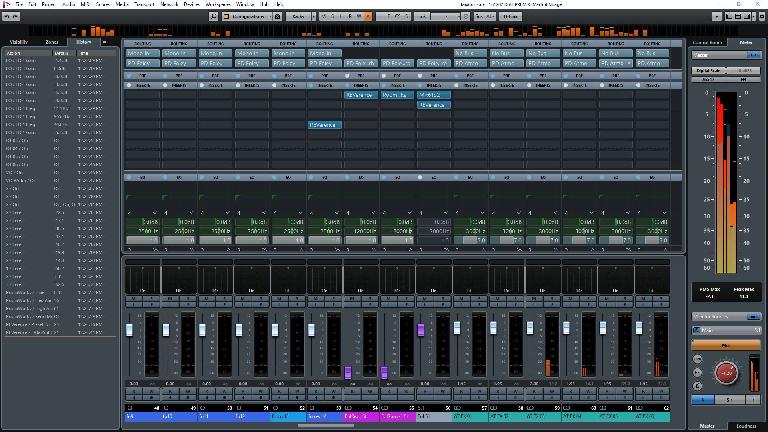 Nuendo can ‘talk ‘ to just about every other app and piece of gear you can imagine. Looking at the list, quite frankly, it’s a little staggering. From direct routing to remote control, Nuendo lets you really dial in how you want to manipulate the interface. In fact, Nuendo even lets you control and configure… Nuendo. One of the coolest features is the ability to show and hide menu options in the menu bar as desired, allowing you to create a setup for your own workflow that lets you move at lightning speed.

Just because the new features are heavily video and gaming focused doesn’t mean Nuendo doesn’t pack a powerful punch as a DAW. There are a ton of musical effects built in, as well as support for VST instruments, VST 3 sidechaining, HALion Sonic SE 3, Retrologue 2, and a slew of musical plugins to choose from. 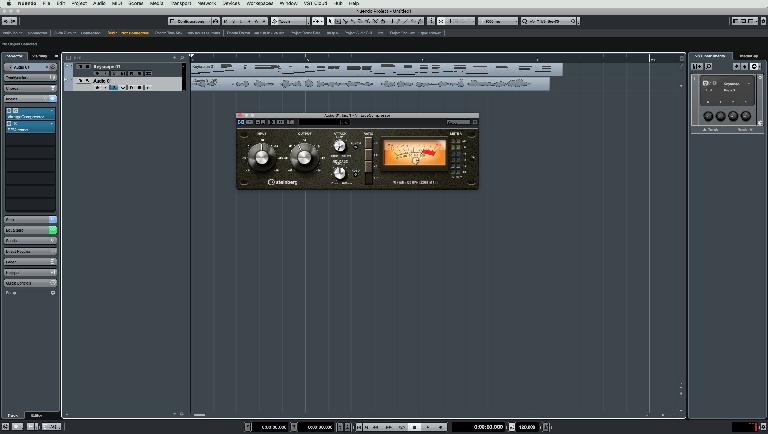 The ADR system built into Nuendo 8 is nothing short of brilliant. The ability to spot dialogue and foley sounds is now part of the DNA of this app, and if you ever have to even dip your toe in those waters, you’ll be extremely thankful you have Nuendo to keep you afloat. You’ve got the ability to utilize, import, and export markers with the actual dialogue included, you can batch record several takes, and you can even utilize video ‘countdowns’ with connected video display hardware to have your voice talent fully immersed in the take both visually and audibly.

For those of you in the gaming world, Nuendo includes Game Audio Connect 2 for direct transfer of interactive music into Wwise. You can even create a new Nuendo project directly from a Wise segment, saving you a ton of time on the template setup front. All in all, GAC2 is a big step froward from GAC1 and Nuendo 7. 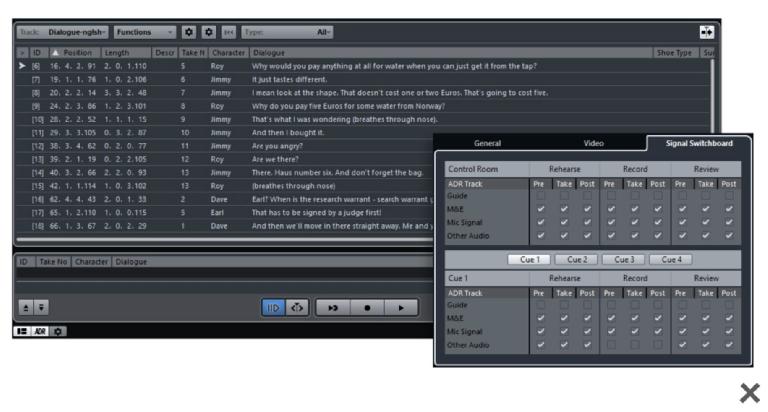 On the music and film composition side, Nuendo includes a number of new effects and workflow enhancements. I found the integrated channel strip to be particularly satisfying. The channel strip clearly draws a lot of inspiration both visually and sonically from an SSL console, and this allows for quick and familiar sonic control of a track. Each mix channel has lightning quick access to a noise gate, standard compressor, DeEsser, tape saturator, sonic maximizer, and EQ. This is all without loading a single VST plugin. It reminds me a bit of Sonar’s (R.I.P.) interface, and it’s definitely a most welcome addition to any engineer’s workflow.

To be honest, I was a little overwhelmed at first by Nuendo’s scope and scale. It took me a little while to get my hardware routed properly, but once I did the workflow efficiencies began to unfold like layers of an onion (or ogre, if you’re a Shrek fan). By the time I finished my first session with Nuendo, I had created my own workspace with my own tools, and I don’t know if I could easily go back to a DAW that doesn’t have a sweet integrated channel strip like Nuendo does. It’s a great app for musicians, film composers, and audio designers alike.

Cons: Higher price than your average DAW, but this really is more like a suite of apps than a single one. Dongle-based authorization.