All Articles Review
Review: Sugar Bytes DrumComputer
Hollin Jones on Thu, September 10th 1 comments
Sugar Bytes brings a taste of the past and the future to its latest drum machine. But it’s so much more, as Hollin Jones finds out.

Sugar Bytes has always made interesting plug-ins that have often taken a unique approach to making and processing sound. The company’s latest instrument is DrumComputer, in all major formats for Mac and PC including a standalone mode. It has a pleasing vintage look, but actually goes far beyond what a retro drum machine could do.

It’s both synth and sample-based (you can load your own samples into the Resynth engine of any channel), opening up a ton of possibilities for sonic experimentation. There are 8 sound engines, each one having a Resonator, Wavetable and Resynth section that you can tweak and balance against each other. The buttons to select an engine are colour coded, making it easier to see where you’re up to. There is a bit of a learning curve since the instrument packs a lot of tools into its relatively small size, but this is not too steep. 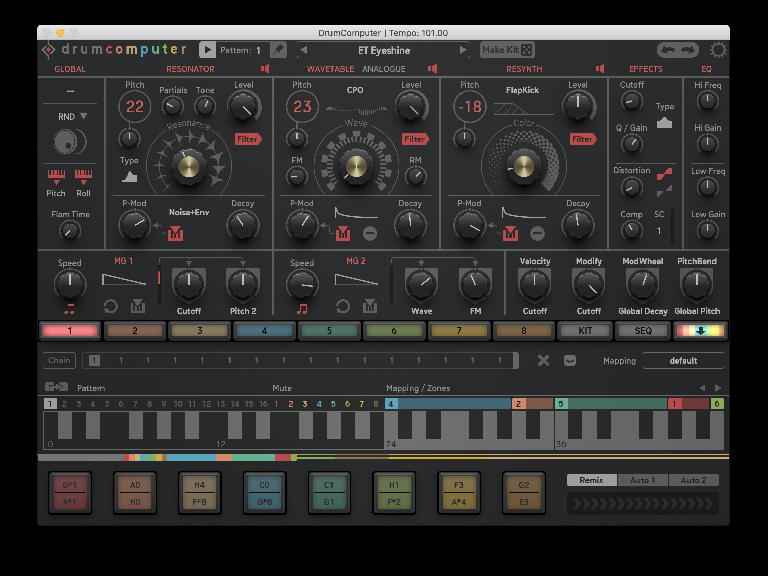 Each engine has a bunch of other controls including effects and EQ, two Env/LFOs and there’s synth engine modulators, sequencer modulators and a mod matrix. For fun, a randomise option will dial in totally new settings and create a kit for you and this can be done ad infinitum. Enter the Kit section and you get a simpler toolset for quick sound tweaking and there’s also access to an onboard mixer with master effects, panning and levels. The instrument supports multiple audio and MIDI outs too so you can run individual engines into mixer channels in your DAW. 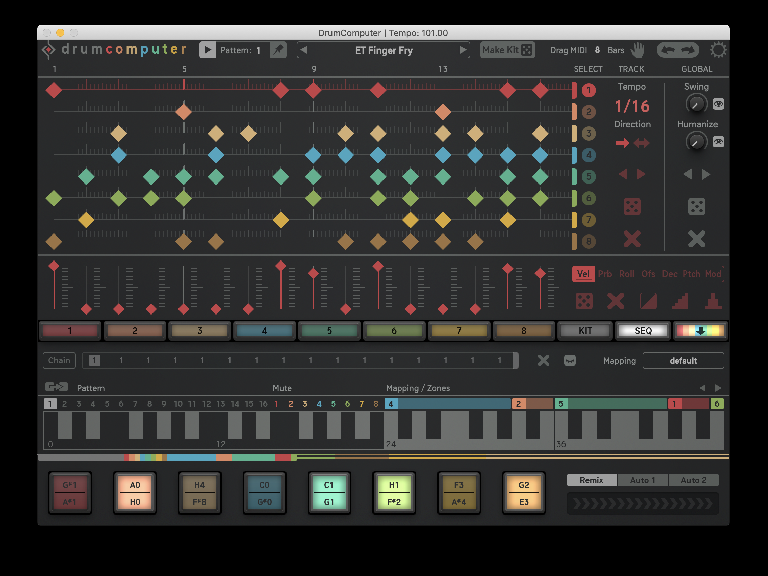 Then of course there’s the business of making patterns. The 16 step, 16-pattern Sequencer section gives you a pleasingly old-school dot-based sequencer into which you can paint or record notes for each engine. Multiple controllers are available including probability, roll, offset, pitch, mod and more and even better, each engine’s pattern length can be set individually so it’s polyrhythmic. Patterns can even run backwards. There’s a great selection of presets for engines, kits and patterns, so you have plenty of material to get you started. 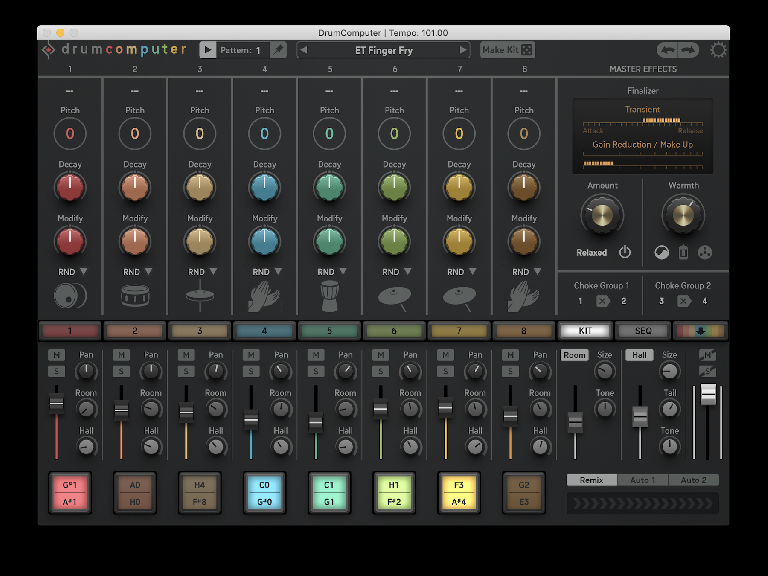 There’s keyboard mapping for patterns, mutes and engine triggers as well as keyzones for pitch, roll and modulation. Even more fun is the Remix strip with three modes - choose an amount by clicking somewhere on it and you get cool-sounding beat variations. MIDI can be dragged and dropped out of the instrument too. The programming is fun and intuitive and encourages experimentation. Unlike real drum sounds, working with synthesised or electronic drums is much less limiting - you can really go to town not only with the sound design but with the crazy patterns as well. 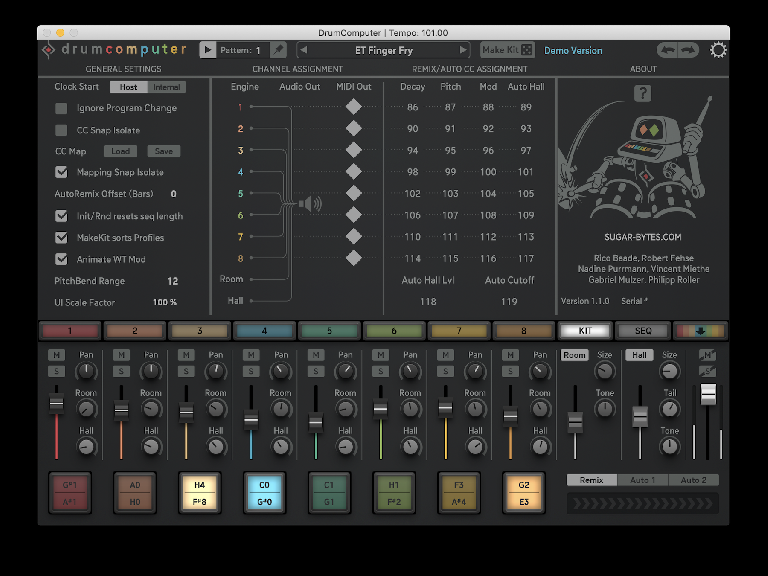 It sounds fantastically authentic - not trying to emulate any particular drum machine but absolutely with that quality that makes them so beloved. Although there are deep sound shaping capabilities and tools on offer, you might find that the results of just randomising the synth engines to make new kits provide everything you need at least for a while. DrumComputer provides pretty straightforward ways of working if you want them, with several simpler screens, but also modulation routing, powerful FX and clever sequencing and programming features for the more experienced user. A free demo is available that you can check out today.

Cons: There’s a bit of a learning curve, though it’s not too bad.