UK Pop as a genre needs no introduction. It’s a phenomenon that has shaped the foundation of modern music and modern music production practices, and it shows no sign of slowing down. Wouldn’t it be great then to be able to grab a bit of that sonic history – past, present, and future – and use it in your own productions? Toontrack have set out to do just that, to the nth degree as usual, and the results are as great in reality as they are on paper.

UK POP EZX is an easy 4.6 GB download and install using Toontrack’s Product Manager and appears inside EZdrummer 2 along with any other packs and compatible Toontrack libraries you may already have installed. 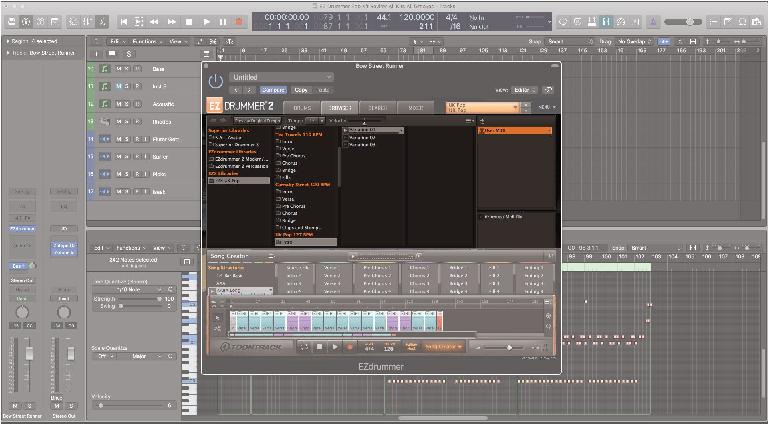 Straight out the box there are four full kits with seven mix-ready presets to get you started. Each preset has its very own sound, and from there you can start mixing, matching and routing drums to taste as needed. The pack also comes with a selection of UK Pop-inspired MIDI grooves for each preset, sorted by kit, preset and tempo, and these can be mixed and combined using EZ Drummer’s built in song creator to build songs out of intros, fills and ABC/ABCABC type song structures to suit your existing arrangement – or to help you start one from scratch. 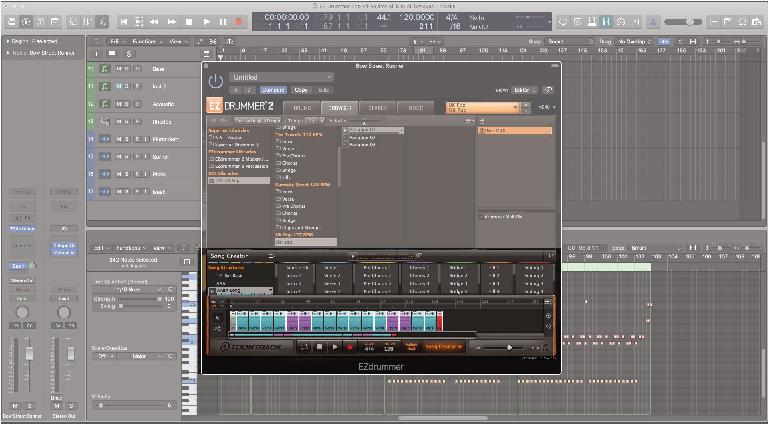 Although it is not possible to edit MIDI inside EZdrummer 2, you can easily build a song in the song creator, edit play styles, and then drag and drop the whole MIDI song into your DAW, or drag and drop individual MIDI file grooves into your project as needed, and edit them there. 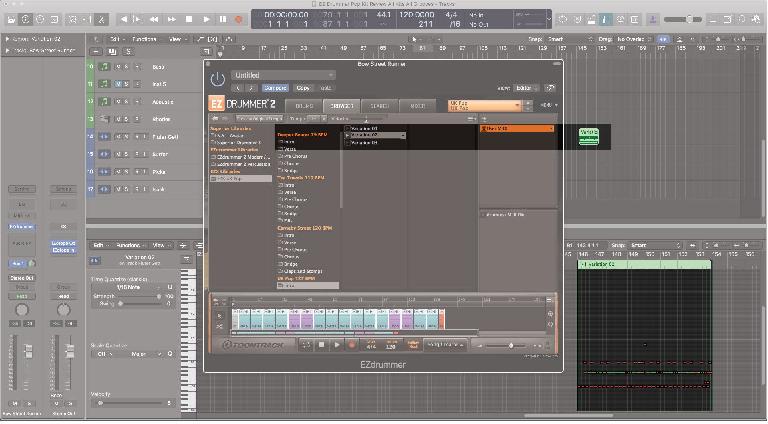 The pack is exactly what it says on the tin: mix-ready drum sounds inspired by classic and modern UK pop music. Of course tweaking options are virtually infinite and you can take them to any level of shine you desire, but for working musicians and composers without the luxury of time to fiddle all that much, or less experienced mixers lacking a bit of confidence in their drum mixing skills, these kits show up on time for both.

The kits and grooves cover a wide variety of musical possibilities from mainstream pop ballads to grittier indie type jams, from low and slow tom-tom laden rolling grooves to tight four to the floor downbeats for that upbeat chorus. The additional stomps and claps, and their respective groove templates (for select kits), are wonderfully organic, adding another welcome layer of human touch to the pack.

Overall, the kits lean toward a vintage sound, with low-tuned snares and vintage cymbals, but somehow they maintain a modern vigour. For drums with such great character they are surprisingly neutral in the mix, and they find their place naturally without a fuss.

Here is a loop I drummed up in no time at all. This is using the out-the-box unprocessed UK Pop Kit preset with a groove compiled from the UK Pop Groove template files:

And here is a medley of the different Pop UK kit drum presets switched out while playing the same groove over the same music:

The drum kits and grooves alike are edgy without being overtly aggressive, loose without being flabby, and tight without being sterile and boring. This is no doubt due to the fact that Toontrack got  a leading UK based audio engineer to record the drums, and a premiere UK session drummer to play them.

Away To The UK!

So how does one get an authentic classic/modern UK Pop drum sound? Well, on one hand you hire Ash Soan, a seasoned session drummer known for his work with Adele and Robbie Williams (amongst others), and you have him bring in the actual drums and cymbals he has used on hit records.

On the other hand, you team him up with Grammy Award-winning producer Mark Taylor, whose list of clients and collaborators reads as a who’s who of pop history, a man who has helped shape some of the most iconic Pop music sounds in the last few decades. Then you throw them both into the legendary RAK studios in London, the very place where countless UK Pop hits and classics have been recorded, and let them loose.

In true Toontrack style, all the stops have been pulled in providing as authentic a drum experience as can be possible without actually owning multiple sets of drums, a multi-million dollar studio, or securing a budget big enough to hire Adele’s drummer for the afternoon.

Speaking of multi-million dollar sounds, even more exciting is UK Pop EZX’s compatibility with Superior Drummer 3, which takes the pack onto a whole other level in terms of extra dimension and versatility.

Sloan and Taylor have created a functional, fantastic sounding extension that will no doubt inspire and shape many future tracks to come.

Pros:  Enough variety tonaly between kits/presets to make it an invaluable and “wide coverage” expansion. Probably not going to appear on your next heavy metal opus, which is a good thing because it shows the true diversity of Toontrack offerings.

Cons: Will you ever go outside again?

Dream It. Do It.
Do you want to learn More Killer Drums?
Yes, I want to learn!
No Thanks, I just want to read the article.
Feedback
How are we doing?
We'd love your thoughts, feedback and questions regarding our new site. All feedback is appreciated!
We do not respond to this form! If you need support, please visit our support page.
Thank you for your input!
Your message has been successfully sent
Course Advisor
Don't Know Where To Start?
Ask A Course Advisor