All Articles Review
Review: UAD V8.6 New Plugins
Matt Vanacoro on Fri, June 17th 0 comments
Language
If you're looking for a jaw-dropping simulation of the Fender '55 amp, a versatile limiter, and a precise and subtle EQ, Universal Audio's UAD 8.6 has you covered. Matt Vanacoro digs deeper.

As an audio geek and self-professed Universal Audio fanboy, the announcement of an update and some new plugins to try on my Apollo system is somewhat akin to hearing the ice cream truck cruising down the street on a hot summer day as a youth. I’m a very big fan of the UAD plugin architecture, and I do have my favorites among the vast selection of plugins. I’m happy to report that amongst three new solid offerings, I do indeed have another favorite to add to my ‘go to’ list. 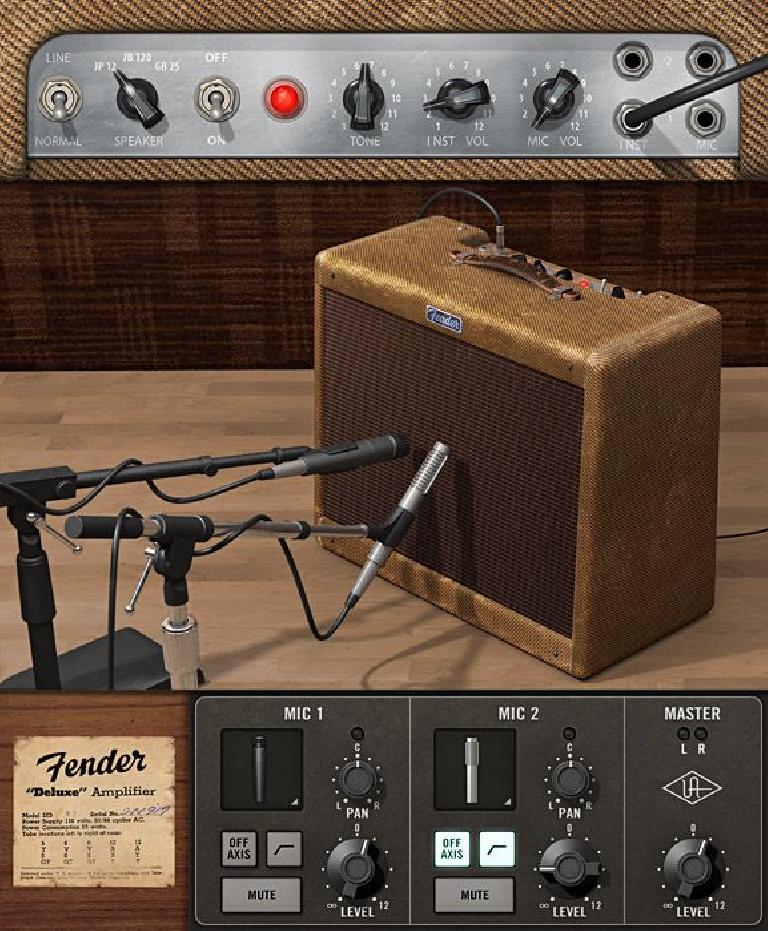 I’ll start this section out with a little spoiler alert—this is the favorite I’m referring to. The Fender ’55 Tweed Deluxe plugin has absolutely (in my mind) surpassed every other guitar amp simulation that Universal Audio currently offers. I’m going to be honest, a lot of it has to do with the amp itself and how it fits into the type of music I love. I host quite a few ‘jam band’ style guitar clients in my studio, and the Fender ’55 absolutely fits the bill for their style of music. If you’re looking for an amp sound that gives you truly soulful distortion and a crystal clean sound that positively exudes warmth, this is the plugin for you.

Honestly, it’s a great plugin even if blues and roots rock isn’t your thing. I found the Fender ’55 to be extremely versatile in its mic choice offerings. Another check in the ‘plus’ column is that the amp sim sounds completely convincing even at its most extreme settings. This can be a weak point with other amp sims—when you really dial in (or out) the distortion you can start to hear a little bit of that ‘amp sim quack’ (depending on the plugin, sometimes more than a little!). None of that is present with the Fender ’55. From zero to ten on the volume knob, you get a really smooth and convincing experience. 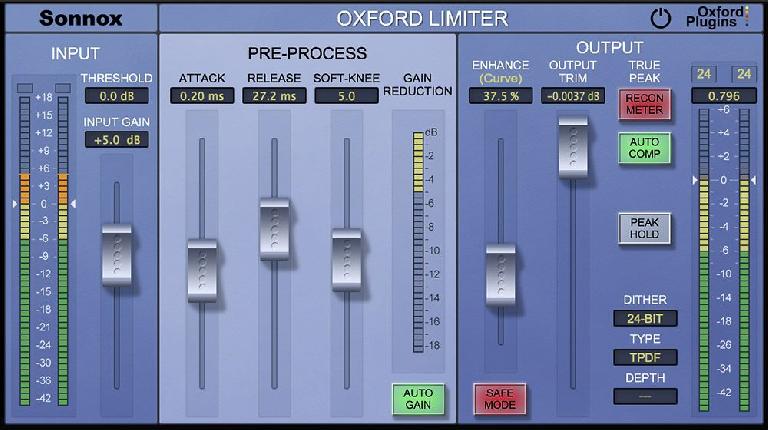 I was a bit skeptical when I opened up the Oxford Limiter. I’ve been using the UAD Precision Limiter for many years now, and I’ll be blunt and say that it’s going to take a LOT to get me to move away from that plug—it’s one of my favorite in the bunch.

After spending a few days with the Sonnox, I can definitely point to a few features that may get me to change my tune. First, the enhance curve is a really neat feature. I’m well aware that harmonic enhancers are a polarizing topic—but I’ll solidly put myself in the camp of “It’s nice to know it’s there if I need it for a quick fix”. You’ve basically got a harmonic enhancer now built right into your limiter that you can engage subtlety to give your mix a bit more perceived loudness without changing the actual volume level.

There are some nice pre-processing controls that allow you to sculpt how the limiter actually ‘kicks in’. You can dial in the knee level and really get your hands on how audible the limiting effect will be. I feel like this makes the limiter a bit more versatile for buses and individual tracks when necessary, and might make some users start pulling up a limiter more frequently than just a tool for their ‘master track’.

The Chandler Curve Bender is an exacting emulation of a legendary EQ. When you first load it up, be prepared for a very subtle and precise experience. This EQ is far more of a scalpel than a hatchet, although you can make it significantly more responsive by engaging the multiplier switches underneath each band. It’s great for buses and for mastering—you’ve got your (fairly) standard 4 bands that can be individually configured and meticulously adjusted for sculpting audio. Softube has upgraded the Chandler experience a bit by including the ability to decode Mid/Side processing. This allows you to process the middle and side portions of your audio material separately.

Pros: Fender ’55 is jaw-dropping. One of the best amp simulations I’ve ever heard. Oxford limiter is extremely versatile and has a lot more control packed in than a standard limiter does. Chandler EQ is precise and subtle.

Cons: The Fender ’55 and the Chandler Curve Bender use a lot of DSP power. Use them wisely!