All Articles Review
Review: UVI Augmented Piano
Matt Vanacoro on Thu, April 5th 0 comments
How do you augment a piano? According to UVI, by almost destroying it to get some truly unique sounds and effects. Matt Vanacoro took it for a spin.

One of my favorite things about UVI as a sound company is how bold they are with their instrument design. When recreating a classic synth, they don’t shy away from drawing inspiration from modern instrument design and putting a little more control at the user’s fingertips than was previously there. With Augmented Piano, they’ve done some wonderfully creative, if not completely destructive things to some poor guy’s piano and we absolutely get to reap the benefits.

The folks at UVI were clear that this library is not simply a prepared piano, although there are a few classic preparations included. Augmented Piano not only alters the physical nature of the piano itself, but also offers other ways to play the piano. There’s bowing, guitar picking, finger plucking, drum sticking… the list goes on.

These changes to the physical nature of the piano really produced some wild sounds. You can get everything from a piano that simply has a little more attack than normal to a bowed synth from outer space, and it all comes from the same sound source. 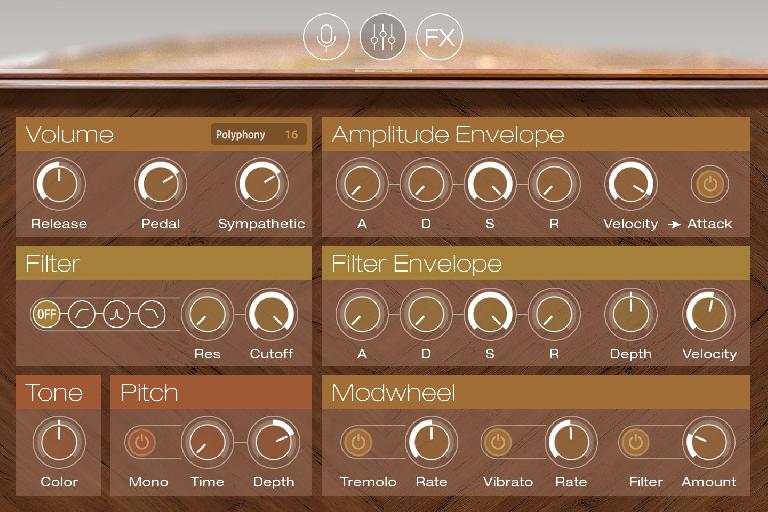 The library runs in the free UVI workstation or in Falcon, and it feels rock solid. The instrument itself is very easy on the CPU, and conservative on the memory usage as well. There are three different microphone setups to choose from, and you can mix and match between all of them at once. This helps change the nature of any sound to be a little more direct to more ethereal.

The sonic sculpting controls on the second page are more commonly found on a classic synth, so they really allow you to get down and dirty with the sounds. I had a blast slowing down the attack on a piano patch that was struck with a metal rod. I was able to eliminate the distinct metallic ‘twang’ but keep the bright resonance that comes with striking a metallic string with a metallic object. It was so cool! 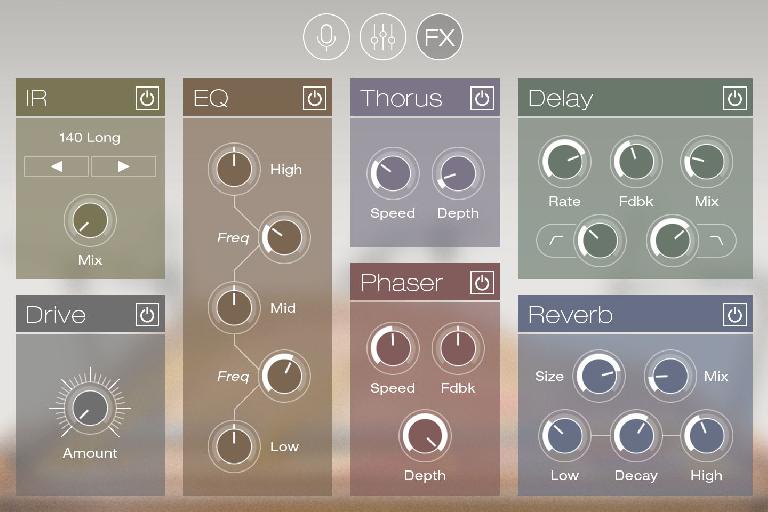 The FX page on most UVI instruments is usually fairly uniform. You’ve got access to IR ambiance, Drive, EQ, Chorus, Phaser, Delay, and Reverb. These are laid out simply and are easy to access, but keep in mind they are simply a GUI for the FX engine of UVI workstation or Falcon. This is a good thing, because there are more effects available by simply going to the FX page of workstation or Falcon and adding effects manually! I was able to further extend the sonic possibilities of many of the patches simply by adding a rotary speaker effect.

So the question remains, does this sonic punishment to the piano all come together in the end? I’m happy to report that it really does. I’ve found that if you’ve already got your ‘standard’ piano library of choice, Augmented Piano makes a truly great companion to cover the entire range of inspiration you would want from the piano. Augmented Piano is haunting, diverse, fantastically creative, and a true joy to play. It’s priced just right, and would be a great addition to any producer’s collection of instruments.

Cons: Now I want all of these things to be done to an electric piano, but I suppose that will have to wait for another library!