All Articles Review
Review: Waves CLA Mixdown
Matt Vanacoro on Mon, September 11th 0 comments
When there's no budget for mastering or you need to pre-master to show someone what the end results are likely to be, Waves' CLA Mixdown plug-in could be just the ticket - and an affordable one.

CLA MixDown is the latest addition to the Waves CLA Signature Series of plug-ins. The software is billed as an easy to use mix buss plug-in that will help you quickly finalize and enrich your mix. I was given some time to evaluate the CLA MixDown plugin on some live recordings as well as a few tracks I was working on in the studio, and I found that the plug-in is definitely worth the (somewhat absurdly) low price it’s being offered at.

My first question with any artist-based console emulation is… what does it actually DO? The CLA MixDown processor is meant to be put on your master channel in a ‘set it and forget it’ type of fashion. It wraps up precision EQ, analog console drive emulation and buss compression to your final mix. These are the typical elements that make up a mastering chain and in the case of CLA MixDown, they are wrapped up in a little bow with a single controller per fader. 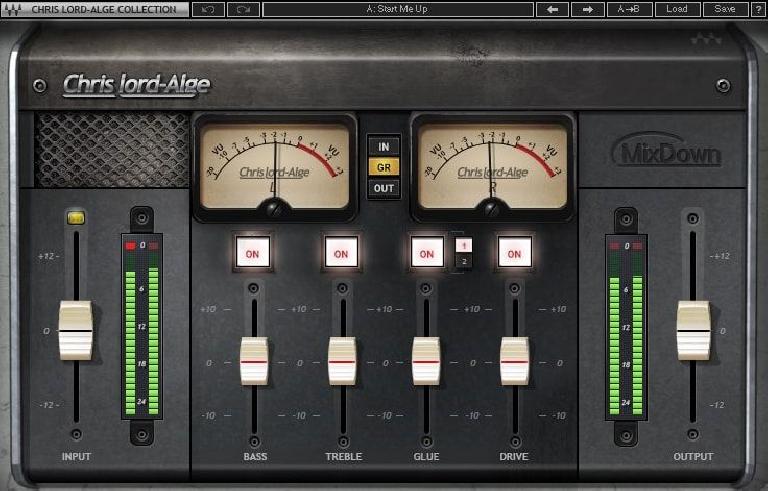 Dedicated mastering engineers will likely scoff at the simplicity of wrapping up what they do into 4 sliding controls (but if a mastering engineer scoffs and the room is perfectly treated, does it make a sound?). Obviously, for $29, 4 faders, and a tiny impact on your CPU; CLA MixDown is not going to compete with a mastering engineer and their $20,000 speakers that cost more than your car. So what is the goal with CLA MixDown, then? The usefulness of this plug-in is coupled with realistic expectations and proper application.

One of the first situations I used CLA MixDown on was a live recording that there was no budget to master. I knew that the product I was delivering to the client would be what got sync’d to video, and that would be that. We’ve all been there, and I’m sure everyone reading this has had a project that you knew wasn’t going to go through the ‘proper channels’ (pun intended!). As a quick, ‘let me just put this on the output and make it better’ type plugin, CLA MixDown did a great job. It instantly opened up my mix, shined up the good parts, and put them right out front. The compression wasn’t a squashed mess, either, so I was quite pleased!

Next, I used CLA MixDown as a mixing tool. I put it on my master output, and did a mix of a tune that I knew was going to go to mastering. This helped me tremendously, as now I was able to have a particularly picky bass player hear what the end product was ‘going to’ sound like after they took it off to mastering. When dealing with clients who don’t really understand what mastering is going to do, this plug-in can be a life-saver. We’ve all had that band that wants you to push the volume levels to the max, even before they send it out to mastering. CLA MixDown can let them hear the projected end result and allow you to mix at more appropriate levels.

After thinking of all of the times I used CLA MixDown during my week of testing, I can honestly say my workflow was made better because of it. Even if I intended to send my mix out to mastering, mixing with the plug-in engaged allowed me to craft a more accurate mix that was ‘mastering-ready’. For other quick projects that mastering isn’t an option for, CLA MixDown is an absolutely professional choice and certainly better than utilizing an automated service. The simplified control scheme helps you dial in what you need quickly, and the software definitely helps you improve an otherwise bland end product.

Cons: One activation per license. If you want to use this on your laptop and desktop, it’s not terribly convenient to shuttle the license back and forth.

Dream It. Do It.
Do you want to learn 10 Common Mastering Mistakes?
Yes, I want to learn!
No Thanks, I just want to read the article.
Feedback
How are we doing?
We'd love your thoughts, feedback and questions regarding our new site. All feedback is appreciated!
We do not respond to this form! If you need support, please visit our support page.
Thank you for your input!
Your message has been successfully sent
Course Advisor
Don't Know Where To Start?
Ask A Course Advisor