Los Angeles, CA, May 12, 2020 — Roland introduces the ZENOLOGY Software Synthesizer, an expandable plug-in version of the Roland ZEN-Core Synthesis System for macOS and Windows. Built on nearly five decades of creating legendary synthesizers, ZEN-Core is the most advanced sound engine ever made by Roland, allowing musicians and producers to explore, create, and share tones with other users and across compatible Roland hardware.

ZENOLOGY takes things one step further, allowing music makers to create with ZEN-Core directly in their DAWs. It also introduces seamless sound compatibility between software and a range of hardware that has not been possible until now.

With thousands of sounds available, ZENOLOGY's friendly and informative browser is easy to navigate, allows users to filter and organize their sounds, rate favorites, create custom banks, share with friends and collaborators, and use sounds from artists and professional sound designers right from their computer. ZENOLOGY can import and export the ZEN-Core single tone with compatible Roland hardware like FANTOM, JUPITER-X, RD-88, and more. As a result, owners can import, edit sounds, create, and organize patch banks ready for transfer to their hardware instruments. 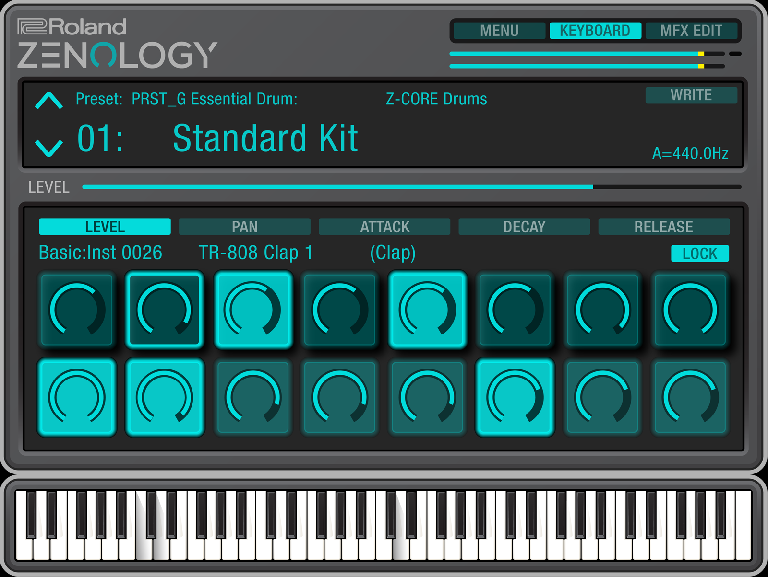 "Imagine having the ability to use the best of Roland’s highest quality sounds, like those in the FANTOM or JUPITER-X, in studio production or live. ZENOLOGY is the answer,” added Jed Leiber, acclaimed touring/session musician and owner of the legendary NightBird Recording Studios.

Producer/multi-instrumentalist/singer/songwriter/DJ Ali Stone earned high praise as a DJ in her native Columbia, landing an opener spot on Justin Bieber's Purpose World Tour, and now calls Los Angeles home. Stone shared, “ZENOLOGY is intuitive, super simple to use, and provides the same sound quality as the hardware gear. I’m so happy to be able to bring all of the sounds in the Roland universe to my computer.”

In the coming months, ZENOLOGY will evolve into a sound designer’s dream, with deep editing capabilities and new synth engine expansions. ZENOLOGY will soon support Model Expansions for perfect recreations of classic Roland synthesizers like theJUPITER-8, JUNO-106, SH-101 and JX-8P. Model Expansions use Analog Behavior Modeling to capture the essence of these legendary instruments and are optimized for high polyphony with an interface inspired by the original—but reimagined for use in modern DAWs.

For creators looking for the deepest editing of ZEN-Core’s synthesis capabilities, the soon-to-be-released ZENOLOGY Pro will prove to be a game-changer. Sound design will be quick and easy with an optimized interface and logical layout. Plus, multiple synthesis types, a deep modulation matrix, and eight tempo-syncing step-LFOs will be able to handle everything from classic tones to animated textures and beyond. 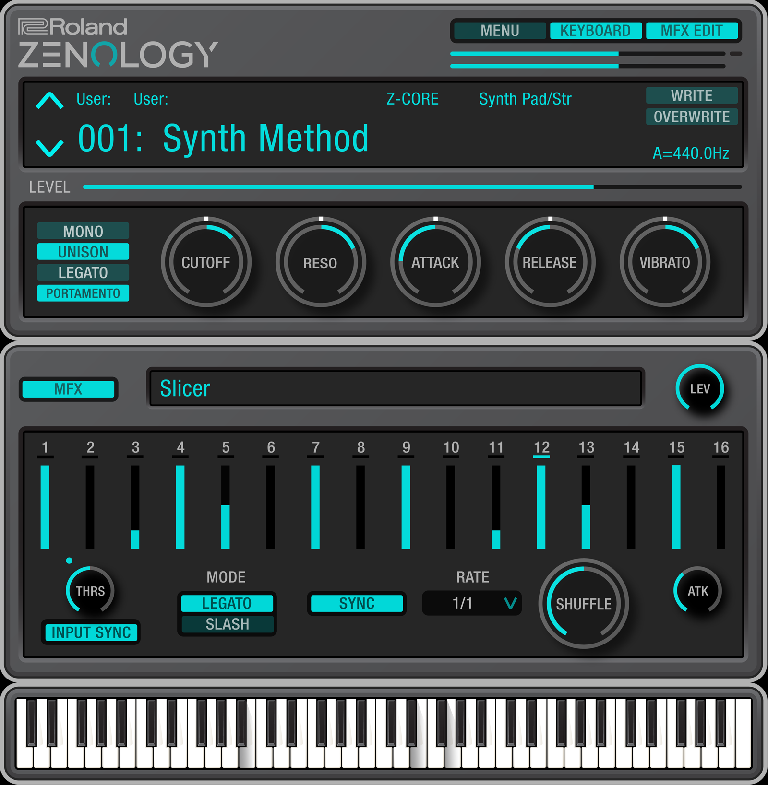 ZENOLOGY is available now exclusively to Roland Cloud members. Anyone that signs up for a free Roland Account can also access the new ZENOLOGY Lite for free. Access is granted through the newly updated Roland Cloud Manager app, which is one of many new Roland Cloud membership enhancements. ZENOLOGY features 3,597 Tones and 80 Drum Kits while ZENOLOGY Lite has 176 Tones and 6 Drum Kits. The forthcoming ZENOLOGY Pro builds on this with full access to the deep editing capabilities of the ZEN-Core Synthesis System.