All Articles News
Shakmat Announces 6 New Modules At Superbooth '˜19 Including 2 Quadraphonic Units
Hollin Jones on Fri, May 10th 0 comments
Shakmat Modular will show off its new gear at Superboth 2019 including Eurorack Modules, a quadrophonic mixer, modulator / sequencer and a sequencing app for iPad. Here's the details.

Shakmat will be presenting six new modules at the annual modular synthesizer fair known as Superbooth. The 6 new products include three 1U/ Tile format modules, two quadraphonic modules and a clever modulation/scene programmer. 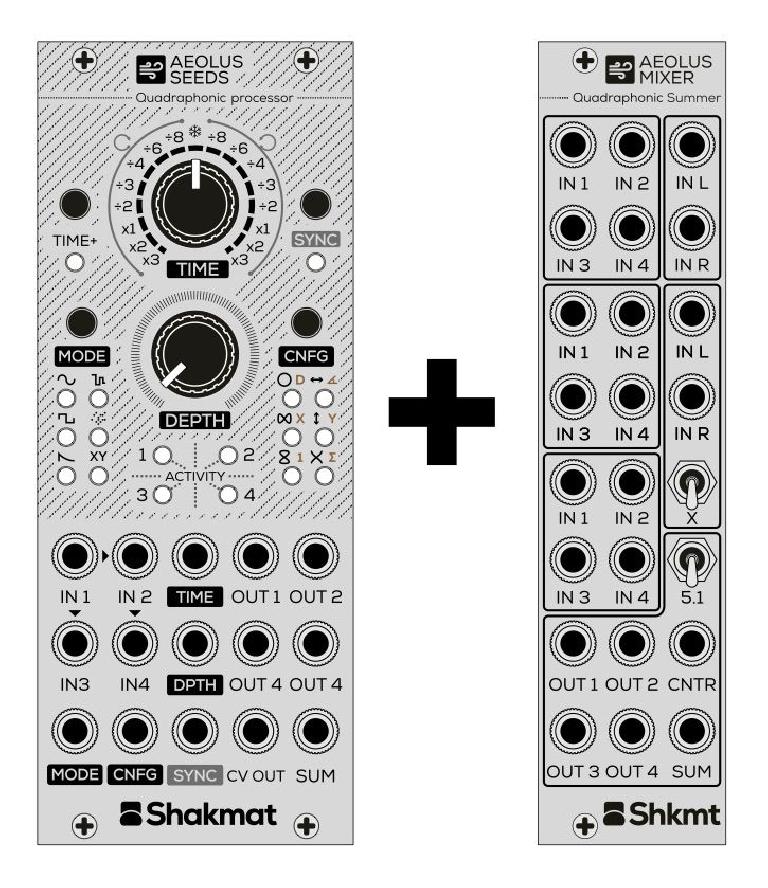 The Aeolus Seeds is dedicated to quadraphonic modulation and vector synthesis. Having a fully analog signal path through four VCAs driven by a handy quad digital modulation source, this module is able to easily create automatic movements in quadraphonic space thanks to a very simple interface. Additional features include an assignable CV output (which can deliver the distance from the center, the angle of the modulation and so on...) and an audio sum output turning the Aeolus Seeds into an animated vector synthesis tool.

The Aeolus Mixer is an useful unity quadraphonic mixer allowing to sum up to three quadraphonic sources and two stereo sources in 6 hp. The module has additional outputs for 5.1 compatibility!

The Harlequin Makes A Scene 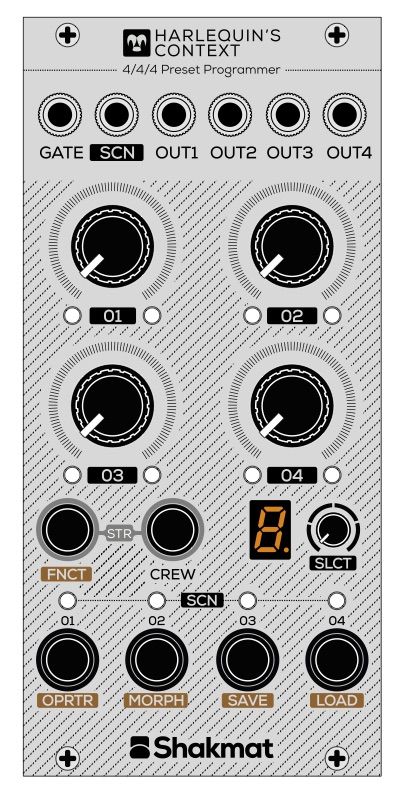 The Harlequin's Context brings an innovative approach to presetting, sequencing and modulation. Four channels of any modulation type (offset, envelope, lfo or random) can be stored in scenes and then manually recalled, addressed by CV, sequenced and even morphed. Useful for presetting, and very creative for unique modulation designs, the Harlequin's is a versatile tool for live musicians and studio nerds. 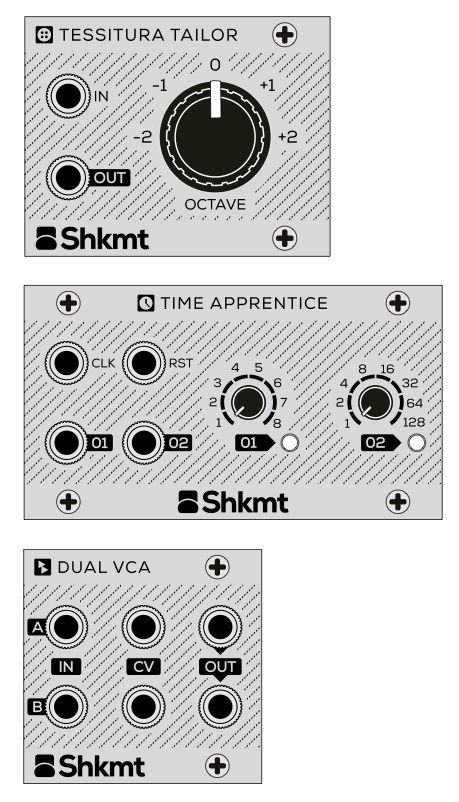