All Articles News
Shape Your Sound With denise's New Release, '˜The Sweeper'
Hollin Jones on Wed, July 24th 0 comments
Speed up the effect of automating filters and much more with this new plugin from denise.io. Here's what you need to know.

The Sweeper is a tool for dynamic frequency Sweeping that sets its frequency based on the source or side-chain signal. The inspiration behind this new plugin came from denise’s Enrico Tiberi (nrec), an up and coming producer. At the time, he just got back from Beijing, where he had been recording in the Modern Sky Studio, one of Asia’s major studios, with the AMS Neve 88RS console – the largest mixing desk in China. “The inspiration came from mixing a lot of stuff where I had to automate filters all the time to clean up tracks and create resonances on the spot”, he says. Going from there, we developed The Sweeper: A more natural sounding alternative to side-chain compression and gating, and a creative tool that lets you completely reshape your sound.

There are three major use cases for The Sweeper. Firstly, use it instead of side-chain compression for a more natural, balanced sound. Secondly, reduce a noisy vocal without gating. Thirdly, The Sweeper offers endless options to creatively shape your synths, drums and vocal parts. Sweep away – it’s all up to your imagination. To get a taste of the possibilities, head over to denise.io. Producer nrec recorded over 20 detailed example videos showcasing The Sweeper on real tracks he is producing for different artists. 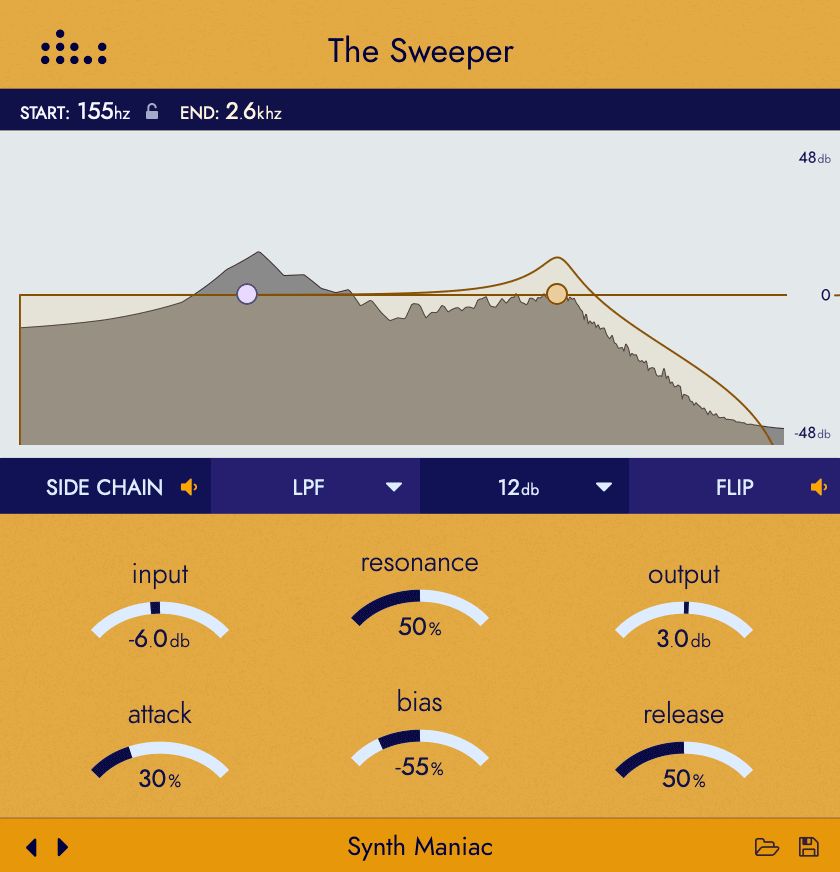