OXFORD, ENGLAND - Following the success of the recently launched UF8 advanced DAW controller, Solid State Logic present the next level in hardware plug-in control with UC1. Building upon decades of SSL’s unique knowledge of console ergonomics and production workflows, UC1 delivers simultaneous multi-function control of the included SSL Native Channel Strip 2 and Bus Compressor 2 plug-ins within your DAW session. At the heart of the UC1 is the SSL 360° Plug-in Mixer, allowing users to access and control all of their Channel Strips and Bus Compressors in one virtual console overview, offering a true console-like approach to mixing-in-the-box.

The UC1 combines studio-quality encoders, switches and feedback LEDS, with an authentic moving coil Bus Compressor gain reduction meter for that true console ‘centre section’ experience. With knob per-function control of the SSL Native Channel Strip 2 and Bus Compressor 2 plug-ins, the UC1 provides a continual on-board display of which plug-in is currently in use, and a value readout of the control currently engaged.

Adding power to your DAW mix experience, the new SSL 360° Plug-in Mixer application allows users to create their very own virtual SSL console to work in unison with the UC1 hardware. Designed to provide instant access to current and future SSL designed Channel Strip and Bus Compressor plug-ins within a single window environment, mix sessions are managed with unparalleled efficiency. 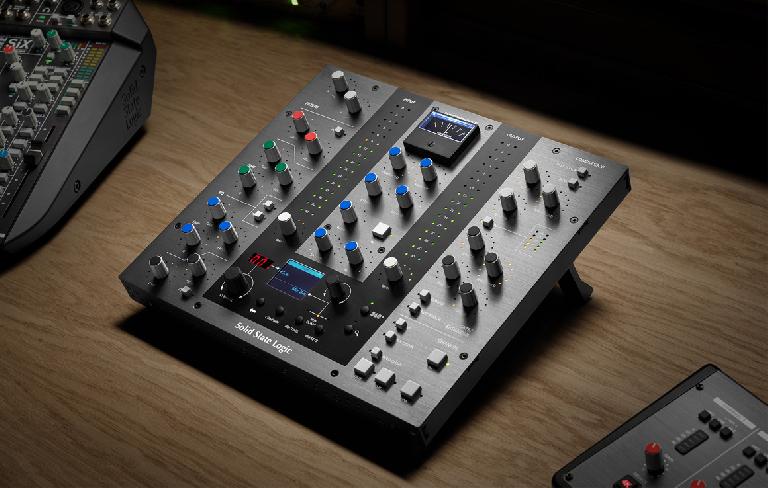 Nigel Beaumont, SSL Managing Director, states, “With the addition of UC1, we now provide a series of studio-quality, affordable production hardware controllers with our signature SSL design approach. From music production recording and mixing, to exacting audio finessing for post-production, the UC1 adds a level of detailed control and response for classic SSL EQ’s and compression, traditionally only found on a full-blown SSL console. With plans to expand our plug-in offerings in the future, we will bring more of our heritage and modern processing tools to these exciting products.”

Full licenses for SSL Native Channel Strip 2 and Bus Compressor 2 plug-ins are included with UC1. Channel Strip 2 is a fully featured Channel Strip, based on digital modelling of the EQ and Dynamics curves from the legendary XL 9000 K SuperAnalogue console. V2 adds SSL’s proprietary anti-cramping algorithms and the ability to trigger the dynamics sidechain externally. Bus Compressor 2 expands its feature set with additional Ratio, Attack and Release options, the ability to trigger the sidechain externally, as well as x2 and x4 oversampling. 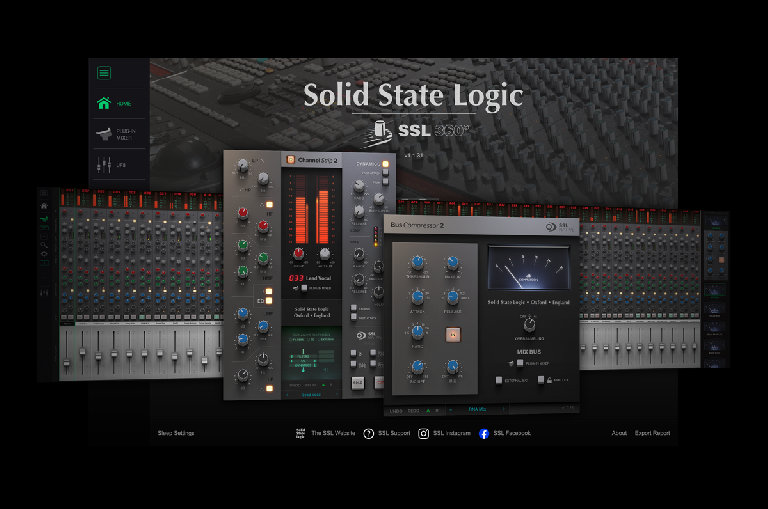 Dream It. Do It.
Do you want to learn SSL Duende Native?
Yes, I want to learn!
No Thanks, I just want to read the article.
Feedback
How are we doing?
We'd love your thoughts, feedback and questions regarding our new site. All feedback is appreciated!
We do not respond to this form! If you need support, please visit our support page.
Thank you for your input!
Your message has been successfully sent
Course Advisor
Don't Know Where To Start?
Ask A Course Advisor