All Articles News
Steinberg Celebrates 30 Years Of Cubase With 50% Off Until June 3rd 2019
Hollin Jones on Sun, May 12th 0 comments
Cubase 10 Pro, Artist and Elements versions as well as crossgrades are available at a massive 50% off for a limited time. Here's how to get the deal.

Cubase is turning 30 years old, and to mark the occasion, Steinberg is offering serious discounts on all full versions of Cubase 10 until June 3rd, 2019. Here's what they told us about the deal.

"Celebrate Cubase’s 30th anniversary with us and the Cubase family by saving 50% on Cubase 10 from May 7th, 2019, to June 3rd, 2019. Are you already using Cubase? Sign up for the newsletter in MySteinberg and check your emails for additional discounts on many other Steinberg products.

This offer only includes full versions of Cubase Pro 10, Cubase Artist 10 and Cubase Elements 10 and the competitive crossgrade from all major DAWs to Cubase Pro 10. Updates, upgrades and educational versions are not part of the promotion."

Become a Cubase expert with these pro video courses: https://ask.audio/academy?nleloc=category/audio/application/cubase 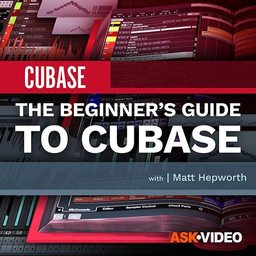 Dream It. Do It.
Do you want to learn The Beginner's Guide to Cubase?
Yes, I want to learn!
No Thanks, I just want to read the article.
Feedback
How are we doing?
We'd love your thoughts, feedback and questions regarding our new site. All feedback is appreciated!
We do not respond to this form! If you need support, please visit our support page.
Thank you for your input!
Your message has been successfully sent
Course Advisor
Don't Know Where To Start?
Ask A Course Advisor