All Articles Synths & Sound Design
Synth Terminology And Basics for Beginners
Matt Vanacoro on Sat, April 13th 0 comments
Do you know subtractive from wavetable synthesis? How about what makes analog different from digital? All your synth terminology questions are answered in this handy, quick guide.

Whether you’ve just bought your first synth, or you’re doing a little ‘pre-game’ research to decide what keyboard is best for you, knowing a bit about the basics of synthesis is a great help. Often, this type of knowledge is picked up through experimentation and conversation with fellow musicians. Sometimes there are large gaps, and we as musicians can be an intimidated to ask about things to fill these gaps. Here are 7 common elements of synthesis you should be aware of, and not afraid to ask about! 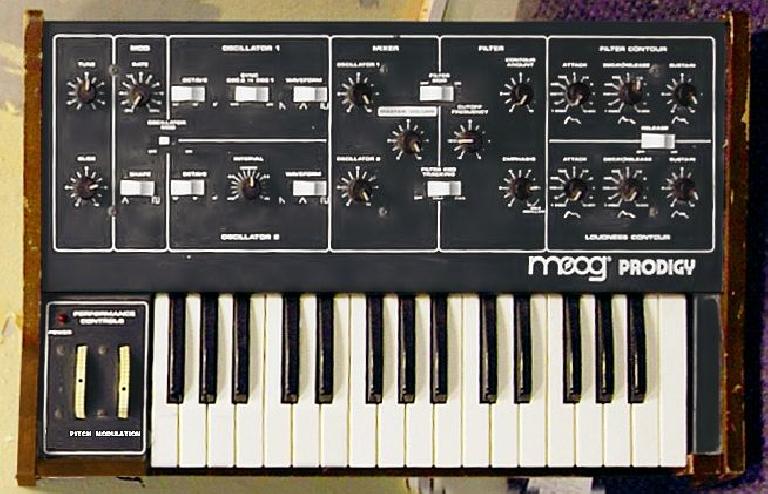 With a subtractive synth, you start with a basic waveform, like a sine wave, square wave, triangle wave, or something similar. This sound is generated by an oscillator, and it passes through a filter section and an envelope. The filter ‘subtracts’ frequencies you decide that you don’t want to hear. If you want a bass sound, you might remove some of the upper range. If you want a cutting lead, you might scoop out some of the lower. The envelope ‘shapes’ the sound and decides how fast you hear it after you press the key, and how long it ‘hangs on’ for after you let go.

An oscillator is a basic electronic circuit that gives you sound. It usually converts DC electricity to AC, and produces a signal that is predictable and repetitive (like a sine wave or a triangle wave). An oscillator that is able to be altered by voltage to change the pitch, shape, and more is called a VCO or Voltage Controlled Oscillator. Oscillators are the building blocks of subtractive synthesis. In a modular setup, you’ll often use control voltage (CV) to change the parameters of an oscillator to alter the pitch, shape, and more.

Analog vs Digital vs Hybrids 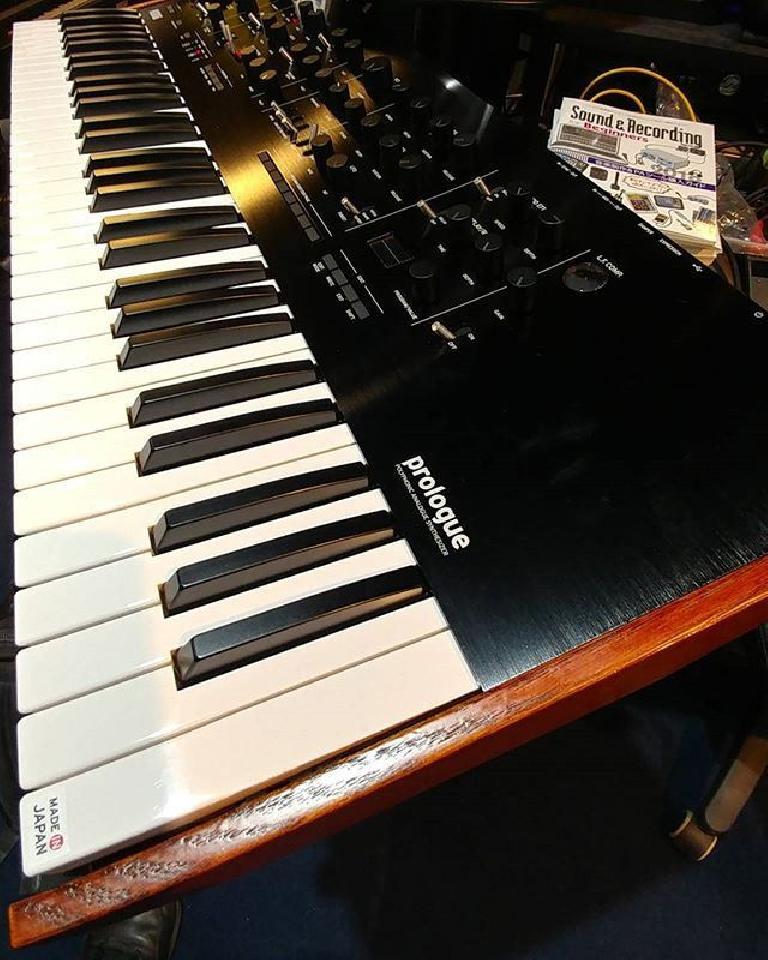 How do you know whether you’re using an analog or a digital synth? Well, in most cases it depends on if the synth is actually using an analog oscillator or not. With an analog synth, you have a physical bank of oscillators that are producing continuous waveforms in a predictable pattern. With a digital synth, you have some kind of CPU or chip that plays back an audio recording from memory of ‘what that oscillator sounds like’.

Most modern analog synths are somewhat hybrid. This means they do have physical oscillator banks that produce the standard waveforms, but you are given digital control over the parameters. You don’t have to ‘write down’ where the tuning knob was turned or the shape knob. The parameters are written to memory and recalled with a preset. Older analog synths did not have this capability, so you’d have to remember or otherwise notate where you left the knobs and switches that controlled the oscillators and filters. 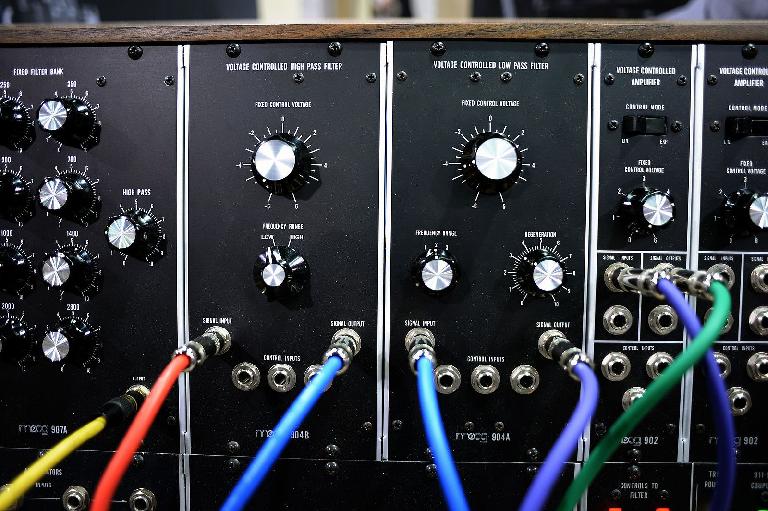 So we all know that moving around that ‘cutoff’ control will give you a cool sound with an analog synth, but what’s it really doing? Well, the filter has a frequency at which it starts ‘taking stuff out’. As you move that cutoff knob, you are changing the frequency at which the filter decides to allow or restrict frequencies. If your filter has a resonance knob, that can give a little ‘bump’ at the fact frequency the filter kicks in, further accentuating that particular frequency. This makes the ‘sweep’ when you rotate the knob much more audible, sometimes to the point of annoyance! 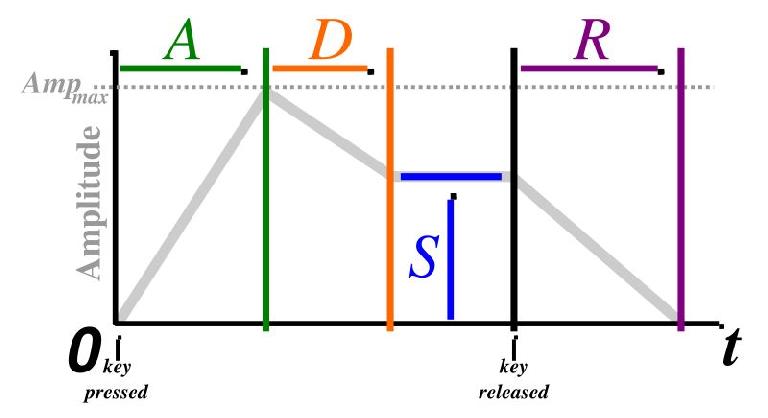 Envelopes allow you to ‘sculpt’ your sound or even other parameters over time. If you’ve got a sound that comes in immediately upon pressing the key, adjusting the ‘attack’ portion of the Amplitude Envelope will make the sound come in more gradually, like a violinist playing gently. You can determine the evolution of the sound over time using the amplitude envelope. Many synths have other envelopes that allow you to control parameters over time. You can often adjust the cutoff frequency using an envelope and have the cutoff frequency change over the first few moments after you press a key! 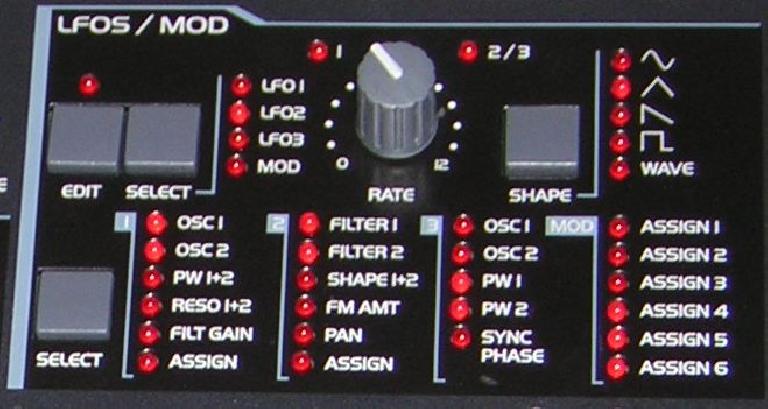 Modulation can mean many things, and for now I’d like to focus on modulation as it pertains to changing parameters. Basically, if you want the synth to change a parameter, you’re going to have to have something modulate. If you use an envelope to control the cutoff frequency over time, you’re using an envelope to modulate another thing. If you use the LFO (low frequency oscillator) to gradually change the shape or pitch of an oscillator, you’re using the LFO to modulate something. If you ‘tell’ your synth to alter several things when you move the modulation wheel, you’re modulating something manually.

Now that you’re all hip with modulation, what if you used the output of an oscillator to modulate another oscillator? That’s the basic idea behind FM synthesis. You can modulate parameters of one oscillator by using the data from a second. You don’t necessarily have to hear the second oscillator - but you sure hear the effect that it has on the first! FM synthesis allows you to create some really complex waveforms - you can imagine the output if you multiply the data from one waveform with the data of a completely different one. It no longer looks like that clean sine wave, it gets complex as heck and it’s beautiful!

Get Past The Image

There are so many more types of synthesis and they all sound remarkably different! From granular to wavetable, synthesis has come so far in its development since the days of Don Buchla and Bob Moog! One of the best ways to learn what kind of synth is best for you is to try out different simulations of the various kinds before you go investing in a multi-thousand Dollar vintage or modern piece of gear. No matter the synth, there is almost always going to be a virtual re-creation of something close. That’s the best way to find out what kind of synth will give you the sound you’re looking for - and for goodness sake, ask questions! Don’t let the haters stop you from learning!

Become a synthesis expert with our video courses created in collaboration with the Bob Moog Foundation in the AskAudio Academy here: https://ask.audio/academy?nleloc=search/moog
Related