Virtual Drummer is available at a 50% intro discount at 34,50€ until end of December 2017 at www.ujam.com, or at selected resellers (Plugin Boutique, Best Service, Time+Space). Users who prefer to try before buying will appreciate the fully functional 30-day trial version.

Each plug-in offers 30 styles, 720 patterns (intro, verse, fill, chorus, ending) that can be played in realtime – using keyboards and other controllers – and flexibly adjusted to any song. 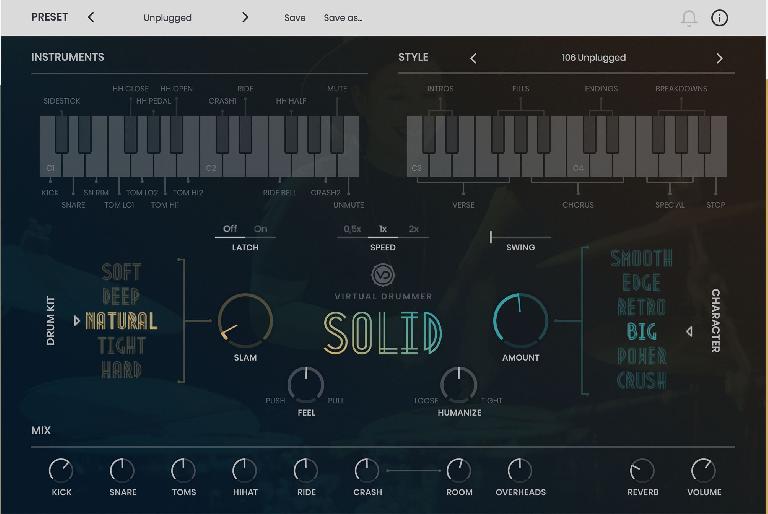 Peter Gorges, co-founder of UJAM Development GmbH and mastermind behind dozens of virtual instruments, about the philosophy:

“We designed Virtual Drummer strictly from the user’s perspective, not from the all too ubiquitous “how would a drum kit plus microphones plus a huge mixing console look like in 1024 x 768 perspective. I’ve done that too - it’s tedious for the users, and they end up fiddling with knobs while not getting stuff done. I mean, show me a user who knows all about drumming techniques, drum kits, microphones and mixing consoles. I believe the fact that you have high musical standards doesn’t have to mean you care about the placement of the bass drum microphone. So, we made a point of our Virtual Drummer not requiring any of that knowledge – we put it all under the hood. There’s a full macro-controlled mixing console there for example - invisible. You pick a few things by ear and the complicated stuff happens under the hood. It just works and saves you a lot of time and headaches, and that’s what, according to our experience, our users appreciate the most. With the addition of Virtual Drummer, we’re growing our product line and bringing more attention to our brand in preparation for big things to come.” 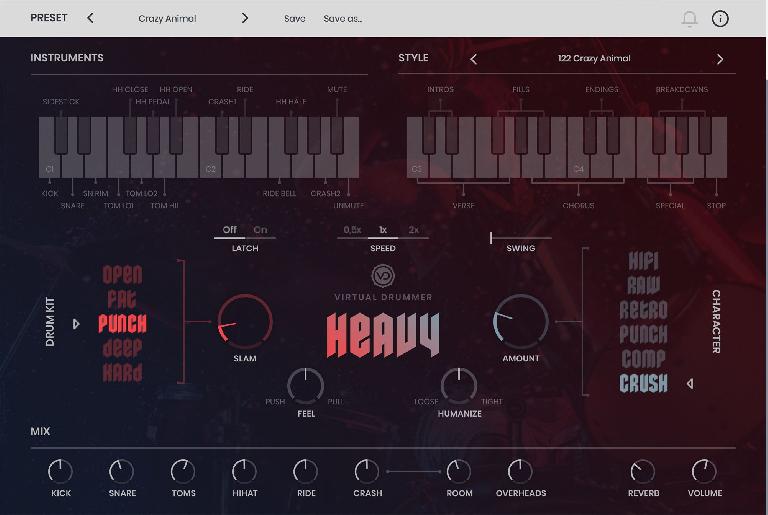 Similar to its Virtual Guitarist line, the Virtual Drummer plug-ins aim to provide a maximum of musical and sonic integrity, and versatility at a minimum of domain knowledge and effort. In parallel with releasing the Virtual Drummer product line, UJAM re-launched its website and social media outlets as part of a bigger re-branding initiative. UJAM’s CCO Wolfram Knelangen says: “We’re super effing thrilled about the re-launch of www.ujam.com which finally combines all of UJAM’s businesses under one roof: from enterprise projects with customers such as BMW or Sony Music, to production tools for music professionals like Virtual Guitarist, to our virtual instrument SDK developed with and for Propellerheads, all the way to our web and mobile consumer apps. It’s a big step for UJAM and to me it feels like an expression of UJAM’s new pride and self-awareness. 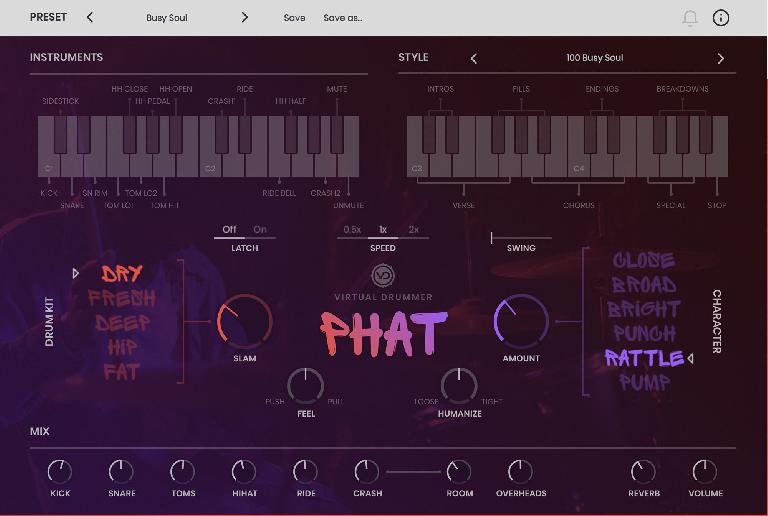 Frankly, the last years have been quite the roller coaster ride – turning the company around from a venture capital-funded internet start-up to a profitable independent provider of music software in all forms and sizes was quite a challenge and we were often unsure how to name and describe this multi-headed beast. Now we’re finally ready to say ‘We do kick-ass music software. We’re an ingenious bunch of musicians, nerds and likable misfits. We’re UJAM.”

Web: https://www.ujam.com/instruments/#drummer-select
Learn about what the built-in Drummer in Logic Pro X is capable of in the Ask.Audio Academy: https://ask.audio/academy?nleloc=course/1605/drummer-and-drum-kit-designer
Related

Dream It. Do It.
Do you want to learn Drummer and Drum Kit Designer?
Yes, I want to learn!
No Thanks, I just want to read the article.
Feedback
How are we doing?
We'd love your thoughts, feedback and questions regarding our new site. All feedback is appreciated!
We do not respond to this form! If you need support, please visit our support page.
Thank you for your input!
Your message has been successfully sent
Course Advisor
Don't Know Where To Start?
Ask A Course Advisor