All Articles FL Studio
Understanding Signal Flow In FL Studio In Less Than 4 Minutes
Hollin Jones on Mon, September 24th 0 comments
FL Studio works a little differently when it comes to signal flow, but it's easy to learn with this expert advice from FLS expert, Rishabh Rajan.

FL Studio is a hugely popular DAW and the recent version 20 release saw it come to the Mac platform for the first time in its long history. So now both Windows and Mac users can take advantage of its excellent music making tools. For new users however, it has something of a unique approach to recording and sequencing, with its own way of doing things. In this short video from the course FL Studio 101: Absolute Beginner's Guide, Rishabh Rajan shows you how to understand signal flow inside FL Studio.

Rishabh shows you how to open the Channel Rack - a prerequisite for beginning a project - and then moves on to dragging and dropping a synth into it, at which point it becomes playable. He then opens the Piano Roll editor and enters a few notes.

After being triggered by MIDI, the instrument sound from the Channel Rack is sent to the mixer, and you'll see how easy it is to assign a sound to any mixer channel with just a couple of clicks. This is one of the differences between FLS and most other DAWs - here, a sound defaults straight to the master channel. So you have to assign it to a specific mixer channel. This is also possible from a plugin instrument's own window, which saves a little time and which Rishabh also demonstrates. There's even a shortcut to do this, and it makes channel assignment easy. This is just one of the core skills you need to get the most out of FL Studio 20 - and you'll find much more pro advice in the full course! 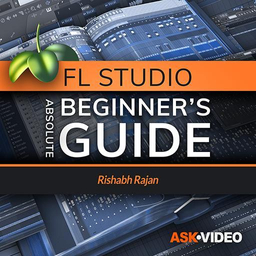