All Articles Synths & Sound Design
Understanding The Leslie Effect
Joe Albano on Thu, February 21st 0 comments
The Leslie speaker effect can be heard on countless hit records. But how does it work, and why do we like hearing it so much? Joe Albano explains all.

Among the many modulation effects—choruses, phasers, etc—that are used so widely on stage and in the studio in both analog and digital form, the mechanical Leslie rotating speaker cabinet has always occupied a special place. The Leslie’s rich, three-dimensional swirl offers a unique enhancement to many different instruments, from organ to guitar to synth, and has even been used on vocals from time to time. But what makes the Leslie sound so distinctive? Let’s take a look behind the curtain at the workings of the classic Leslie effect.

As many of you may know, the Leslie speaker was originally designed  to be a companion piece to the classic Hammond tonewheel organ. 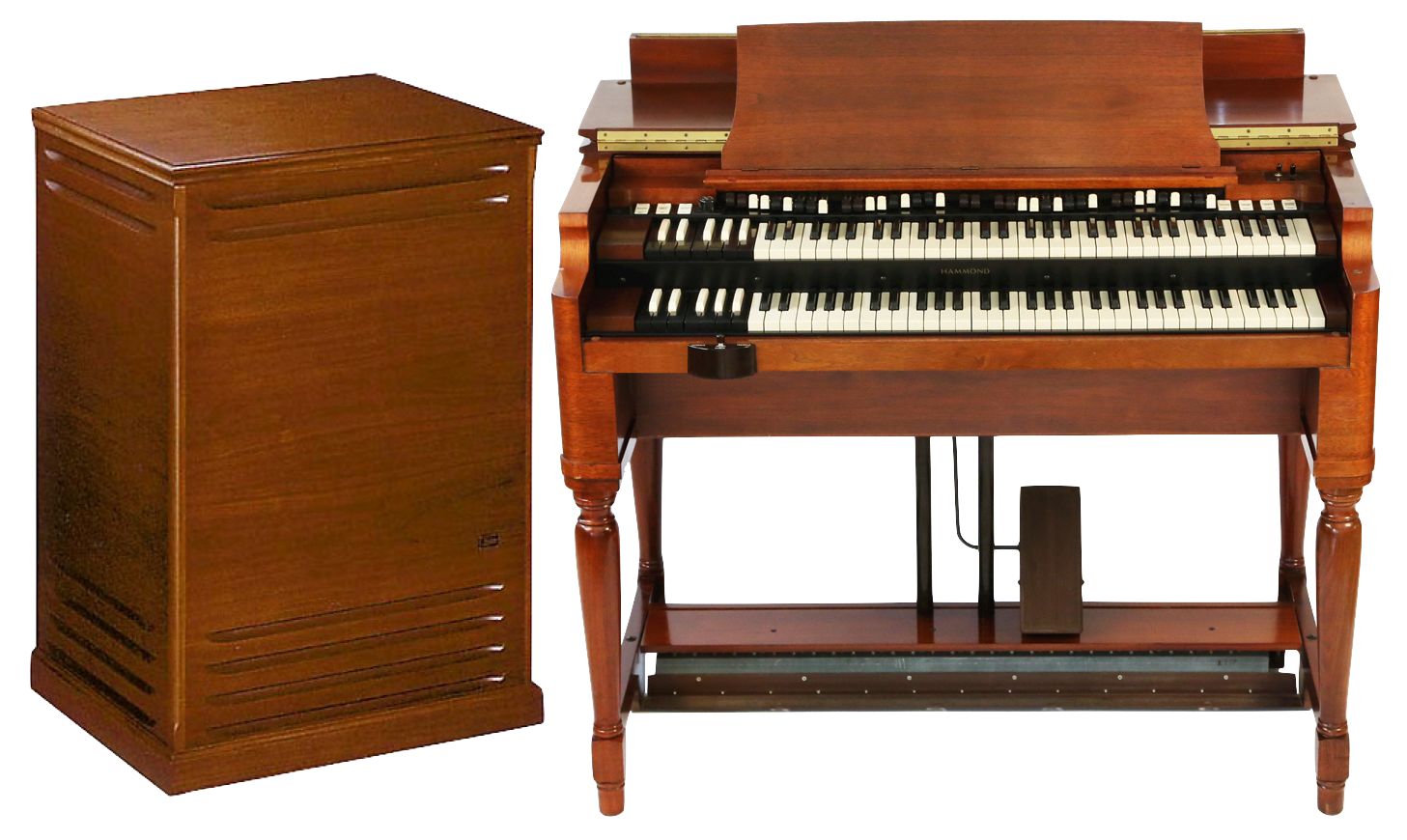 Don Leslie felt that the Hammond—as good as it sounded—lacked the three-dimensional richness of a pipe or theater organ pumping sound into a large reverberant space, where that sound would bounce around, filling the room. To achieve that 3D effect, Leslie created a speaker design that consisted of two rotating speakers—high and low frequency drivers—which would throw sound around the room as they spun, supplying the missing motion and animation, greatly enhancing the Hammond’s tones.

Interestingly, Laurens Hammond—the organ’s inventor—hated the Leslie cabinet! Nonetheless, it became a standard companion to his organs—especially the B3 and C3 models favored by gospel, rock, and pop musicians and producers—and the Leslie cabinet was forever intertwined with the Hammond organ. Despite that close association, adventurous musicians quickly realized that the rich Leslie sound could enhance other instruments as well, and it became well established as a tool for adding richness and motion to many sources.

As similar effects found their way into analog pedals and rackmount studio FX boxes, and eventually into plug-ins, for quite a long time a convincing replica of the Leslie sound eluded the makers of those devices. It wasn’t until the rise in computer power that enabled modeling technology—allowing FX designers to replicate the mechanical workings of the Leslie—finally made it possible to emulate its rich swirl convincingly, at least for recording. Still, even nowadays, for live use in smaller clubs—where a Leslie can pump sound directly to the audience—there’s no substitute for the actual rotating speakers and the three-dimensional distribution of sound that surrounds listeners in the room. As a result, there’s still a healthy market for both vintage Leslie cabinets and modern reissues from various companies.

The classic Leslie speaker is a two-way system, consisting of a woofer and a high-frequency horn, with an 800 Hz crossover and built-in tube amplification. 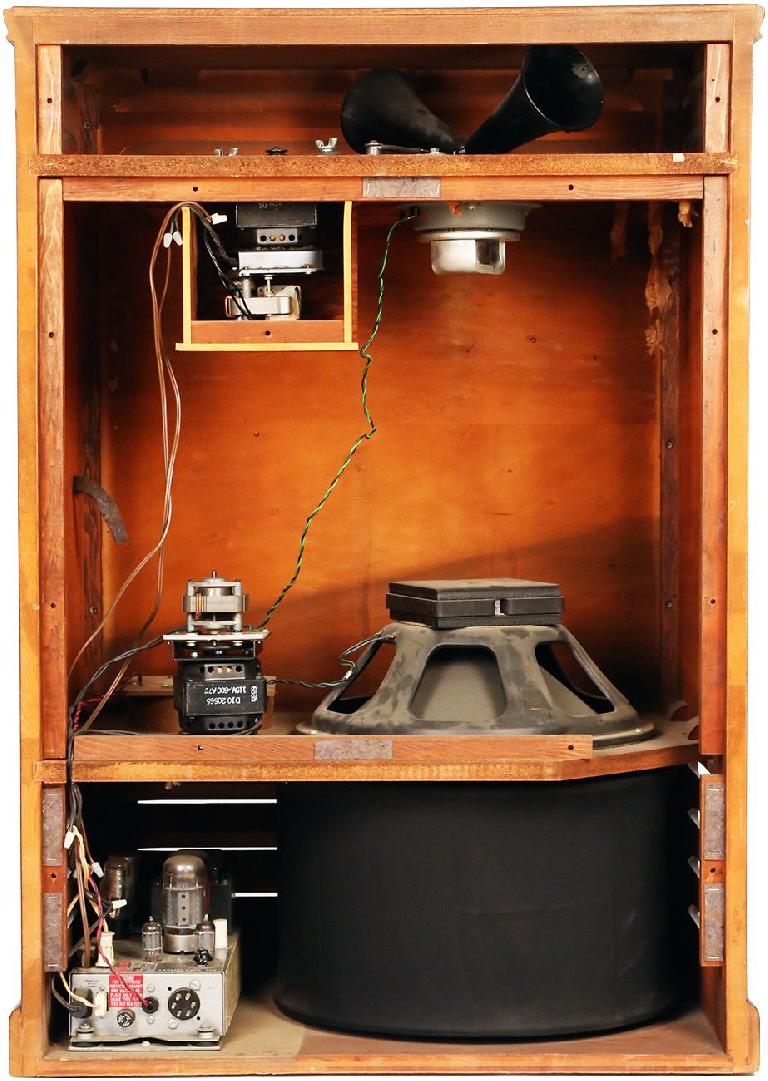 To create the signature swirling three-dimensional effect, both speakers rotate, in opposite directions. The stationary woofer actually points down into a spinning drum, which distributes the low-frequency sound. The high-frequency driver is coupled to a dual-horn, which spins, again, in the opposite direction of the spinning low-frequency drum—one of the horns is a dummy, included just for balance when the horn spins. There’s an attachment on the horn called a Deflector, which serves to diffuse the sound of the rotating horn; that diffusion is an important part of the Leslie sound, though some people remove the Diffusor, for a variation on the effect.

The amp in the original Leslie models was a 40-watt tube design. Of course it wasn’t intended to be pushed into distortion, but when it was overdriven organists loved the grit it added, and tube distortion became a standard component of the Hammond/Leslie sound in many musical genres; guitarists also appreciated the extra crunch. Nowadays Leslie simulations always include a simulation of tube overdrive—the effect wouldn’t be complete without it.

The rotating speakers provide a rich pulsating sound—the classic Leslie effect. The motors that move the speakers run at two different speeds, controlled by a switch—for Hammond applications that switch is commonly mounted on the organ, just below the keyboard on the left side. 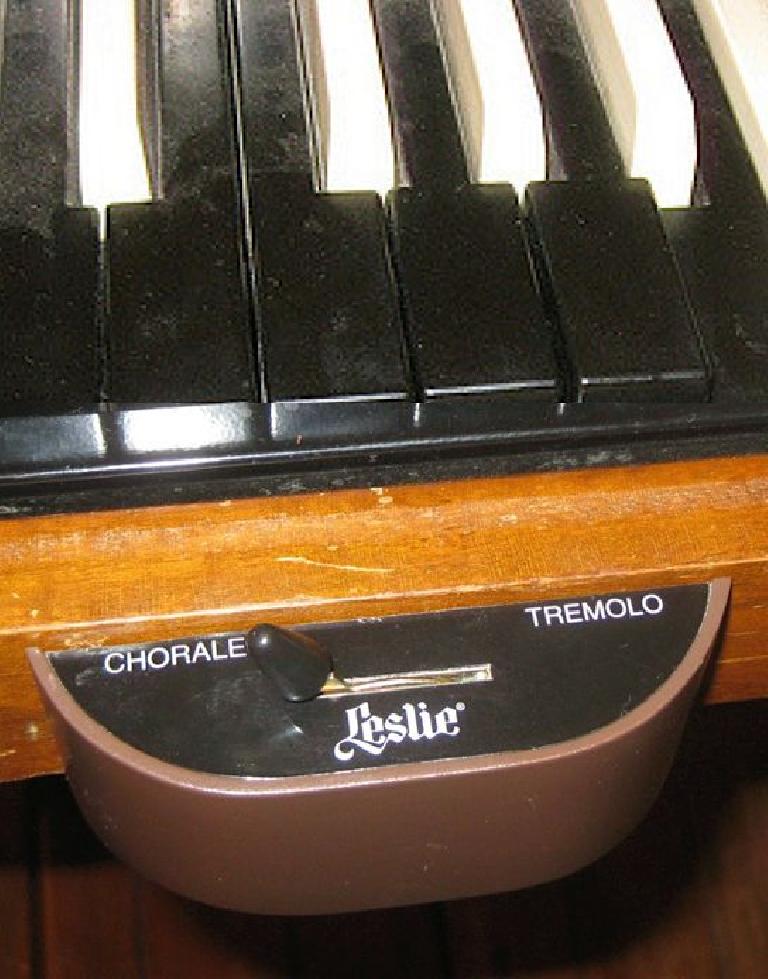 Modern emulations typically assign that function to a MIDI pedal, like the otherwise unused sustain pedal. The two speeds are labelled Chorale and Tremolo; Chorale is a slow periodic swirl, while Tremolo is a faster pulsation. With a mechanical Leslie speaker, it takes a bit of time for the motors to ramp up or ramp down in speed when the speed setting is changed in performance, and that gradual speedup/slowdown of the pulsing Leslie effect has become a standard performance feature—players utilize it as a dramatic musical gesture, much like a singer or violinist gradually ramps up to a full-blown vibrato effect.

Despite the names given to the two speeds—Chorale and Tremolo—the Leslie effect is more complex in nature than just a simple Chorus or Tremolo effect. The distinctive Leslie sound is basically a combination of three effects, produced by the rotating speakers throwing sound around the room in different directions. The three effects are Tremolo, the Doppler effect—basically, Vibrato—and Phasing.

As each Leslie speaker—especially the high-frequency horn—rotates, it points toward and away from the listener or mic. Naturally, the signal gets slightly louder and softer when the speaker is pointing towards and away from the listener, respectively, producing Amplitude Modulation—a Tremolo effect—at both the slow and fast speeds. The Tremolo component of the Leslie sound is more pronounced the closer you are to the cabinet.

Since the speaker and horn are in motion, there is also Doppler Effect pitch shift. When a sound source is in motion and its distance from the listener is changing—even slightly, as with the rotating speakers here—the pitch will change as well. You’ve all heard this—an ambulance passes you, and the siren’s pitch rises as it approaches you, and falls as it moves away. This is the Doppler Effect; since it happens periodically as the speakers spin, it creates Frequency Modulation—a subtle Vibrato.

And as the spinning speakers throw sound waves around the room, those waves reflect off room surfaces, and the constantly shifting reflections cause complex Phase-shifting to occur—this is a richer effect than you’d get with a simpler modulated Delay line or All-Pass Filter. The Phasing component is more prominent at greater distances from the cabinet.

The combination of these three effects—which naturally are inter-related—is what gives the Leslie speaker its unique swirl. Add in the tonal coloration of the speakers and cabinet and the (optional) distinctive grind/overdrive of the amplification, and you have an effect that’s much more that just the sum of its parts.

Capturing the sound of a real Leslie—and doing justice to the richness of the effect as heard live—is easier said than done. When it’s heard in a mix—through stereo monitors or a PA/live sound system—you don’t get the full three-dimensional richness you’d enjoy in a club or smaller venue with the sound direct from the Leslie cabinet itself swirling around you, but you can still capture the basic Leslie sound effectively.

The usual method is to use three (or possibly four) microphones—a stereo pair on the high-frequency horn, and another mic (or pair) on the low-frequency drum.

The angle of the mics—especially the high-frequency mics—will affect the quality of the Leslie effect, so a little experimentation, if possible, could help to get the best recorded sound. The distance of the mics from the cabinet—again, if the recording situation allows for options— will affect the balance of the component effects. Closer in will emphasize the Tremolo component, for more of a “throb”, while somewhat more distant mic placement can emphasize the Phasing aspect, from a stronger blend of room reflections.

Even if you’re using a virtual Leslie—from one of the many excellent Leslie or Hammond plug-ins available—there are usually options for virtual mic placement (distance and angle) that can be dialed up for the same variations, optimizing the Leslie effect for a particular instrument, and within a particular mix.

If you are using a virtual Leslie, there’ll also usually be a choice of Leslie models. For the most classic sound—especially with a B3 or C3—the 122 or 147 models, with their classic wooden cases, would usually be the way to go. Later models might also be on hand, providing different variations of the Leslie sound, including a single-speaker model. 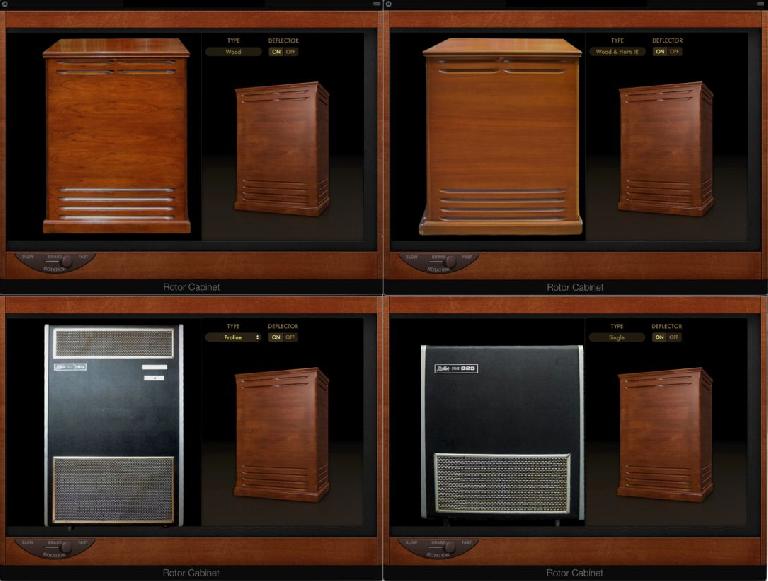 Some common user tweaks to the Leslie sound—both real and virtual—may be employed. For a harder edge, some players have been known to power the Leslie with a guitar amp (Marshall) for more distortion that you’d typically get with the built-in power amp. Another variation is to disconnect the motor for the low-frequency rotor, restricting the rotating effects to frequencies above 800Hz—this is referred to as “Memphis style”. And as I mentioned above, sometimes the Deflector is removed from the high-frequency horn; just as with some mic positions, this can emphasize the “throb”—Tremolo—over the Phasing component of the sound.

Despite being around forever, the Leslie provides a timeless effect, and whether you’re miking up the real thing or taking advantage of one of the many Leslie sims, its distinctive effect can be just the thing when more traditional chorusing or phasing just isn’t cutting it, and you need an effect with a little something extra.