All Articles Audio Software
Using Chord Generators in Your DAW
Gary Hiebner on Mon, June 12th 0 comments
Chord generators can help you with inspiration, composition and getting past a creative block. Here's how some of the different models available can work for you.

With the advancements in music technology and the software available, there have been some tools developed that have made their way into our prized DAWs that help assist us in coming up with chord progressions, melodies, bass lines and the like. The idea behind these tools is obviously to lessen the learning curve for beginners when getting into music production and the software tools available. But many advanced users have found these tools to be less useful, especially if you already know the theory and tricks behind music composition and songwriting.

But I don’t think these tools need to be passed off right away if you already know the theory. They do have some super helpful tricks behind their technology. And they can also be used in a very productive way to come up with ideas fast, especially if you have a looming deadline and have got a bit of writer’s block as we all do at times. I’m going to take a look at some of the tools that are available in our DAWs, and the advantages they can offer even if you’re an advanced user.

To kick start the assistants let's look at some beat tools. Logic has the Drummer assistant tool. In theory if you’re not a drummer you can quickly add an instance of the Drummer track in Logic and it will generate a beat for you depending on what settings you choose for it. You can choose a specific genre/style and then some other parameters to fine tune what type of beat will be played.

Now it works pretty well. If you’re not entirely sure how a drummer would play, this lessens the learning curve and gives you a groove. It even creates fills for you between each new drum part. And these grooves are based on real drummers' playing styles, so if you convert the part to a MIDI region, you’ll see how some of the notes fall slightly before or after the grid giving it a specific groove style. And this just adds some more realism to the Audio MIDI performance. Now I don’t see this tool as a hindrance. It allows me to write drum parts that feel like a real drummer, and I can move these parts to a MIDI track and edit them further if I want to. So it gives me the best of both worlds of by assisting me, plus giving me control to change the part if I don’t quite like it.

There’s a couple of DAW tools that help in creating chords. FL Studio has the Riff machine where it creates chord progressions for you. You can even take it a bit further and create arp patterns from the chords generated. So it’s a double-edged assistant. 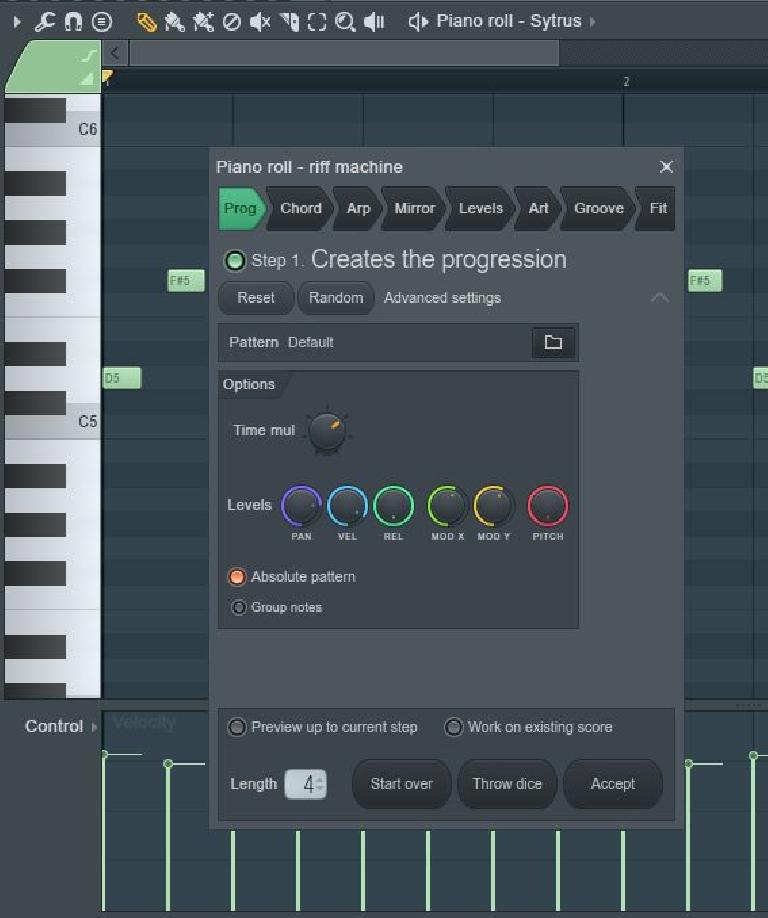 Cubase has a unique feature called the Chord track. This works in a slightly different manner than some of the other chord assistants. With this one you create a chord track and then input the chord progression you want. But if you decide to change one of those chords, it alters all the MIDI tracks that fall within this chord change. So this isn’t quite a chord generating assistant. You need to know your chords, and the possible progressions they can do. But what it does is it lessens the amount of time where you need to go and change the MIDI tracks to the new chord change. So it’s a tool to improve MIDI workflow. And any workflow improvements tools are a plus in my mind. 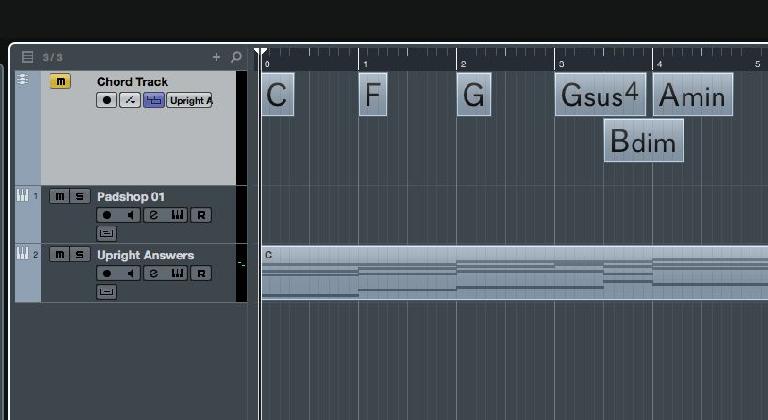 There’s also the Chord Pad where you can choose from a preset list of popular chord progressions. This way you can use tried and tested formulas in your productions. 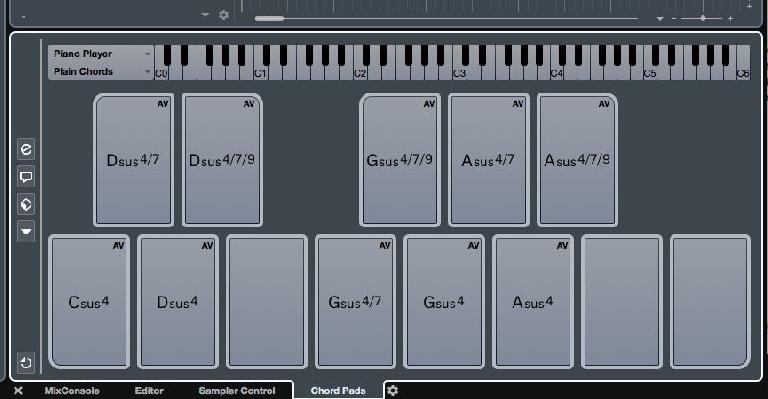 With the Chord Track and Chord Pads it also has guides with the Circles of Fifths, and other proximity chords nearby that can be used in a graph form. So tools like this can really help if you have a minimal music theory understanding, or if you want to brush up on some of it, and have a recall of what works. Or if you just like having visual input on the chord map of your song. How Far Can it Go?

I must say I’m quite impressed with Tracktion’s Waveform assistant tool. It has a chord progression tool and when you choose your root note, it gives you some possible candidates for the next chord following in the progression. Then you can also take this newly created chord progression and create a bass part for it. So it will take the bass notes of each chord. Which is pretty helpful, especially if you’re using chord variations like inversions where the root isn’t necessarily sitting on the bottom. 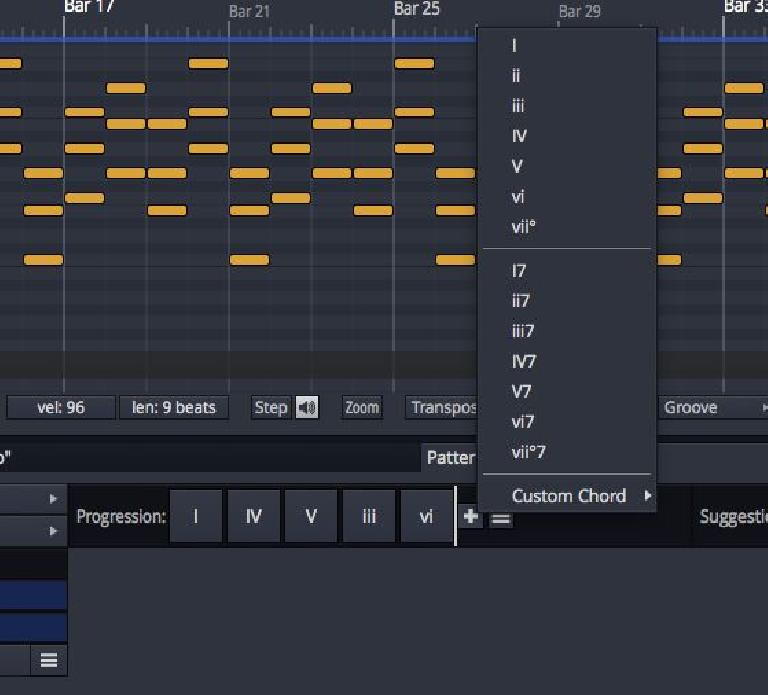 Plus, Waveform takes it one step further where you can even create your own melodies from the chords you’ve input. You can draw in a melody that always plays the notes that are within the chord progression. So you really have no excuse for playing an out of scale note in any of your parts by using this tool 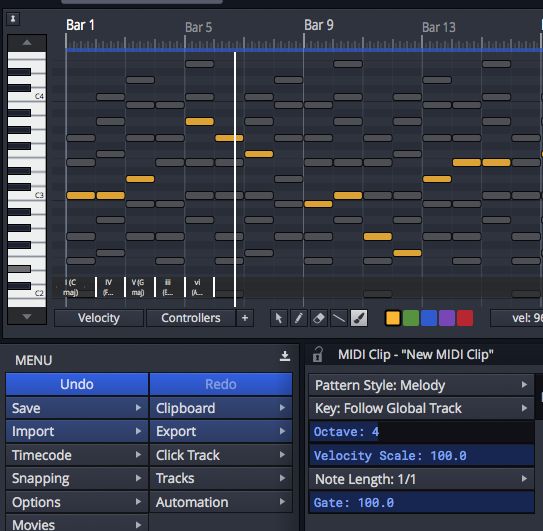 That covers some of the audio tools or assistants that are available in our music technological world now. They’re there to help the beginner get into music production, plus the advanced user who wants to help speed up their workflow using tried and tested music theory and production techniques. I suppose the big thing, especially if you’re an advanced user, is not to rely too heavily on these tools as they may have too much of an influence on your productions. Use them as pointers or guidelines, and then impart your own flavor into the song and production after using them. I hope this has opened your eyes to the assistants that are available in your software, and please feel free to comment on your thoughts on these tools and if they are needed or not.

Learn more about MIDI and programming with over 1000 hours of training videos in the Ask Audio Academy.
Related

Dream It. Do It.
Do you want to learn Drum Machine Designer?
Yes, I want to learn!
No Thanks, I just want to read the article.
Feedback
How are we doing?
We'd love your thoughts, feedback and questions regarding our new site. All feedback is appreciated!
We do not respond to this form! If you need support, please visit our support page.
Thank you for your input!
Your message has been successfully sent
Course Advisor
Don't Know Where To Start?
Ask A Course Advisor