All Articles News
UVI Releases PX V8, 8-Voice Analog Instrument Inspired By Voyetra 8
Hollin Jones on Sat, December 8th 0 comments
If you've been wanting to get your hands on the sound of an ultra-rare Voyetra 8 hardware synthesizer, UVI might have just the ticket - and it won't break the bank.

Paris, December 6th, 2018 - UVI has released the next installment in their Prototype Series, PX V8. Based on a rare 8-voice analog polyphonic synth, the Voyetra 8, PX V8 presents a rich and charactered analog instrument thanks to its unique voice cards, real analog unison and deep modulation system. PX V8 is available through December 10th, 2018 at a special introductory price of $49/49€ (regularly $79/79€). 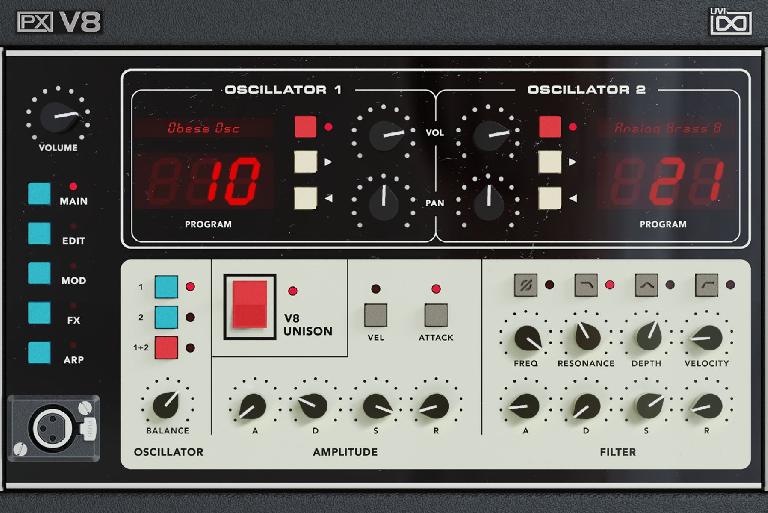 Originally released in 1982, the Voyetra 8 was a rackmount analog synth weighing a hefty 78 lb. Now exceedingly rare, this synthesizer offered an extraordinary modulation system by way of 6 parameter pages, and yielded a deep and powerful sound thanks in part to its component design and real analog unison.

After a multi-year journey, UVI are proud to present 400 presets, 176 layers, and over 25,000 samples detailing the uncompromising analog sound of the Voyetra 8. Ready-to-play sounds are available in the usual flavors such as bass, brass, keys, leads, organs, pads, poly, strings and more, while a 2-layer design loaded with envelopes, multimode filters, modulation, arpeggiators and a capable effect section allow for the creation of completely new and unique sounds. 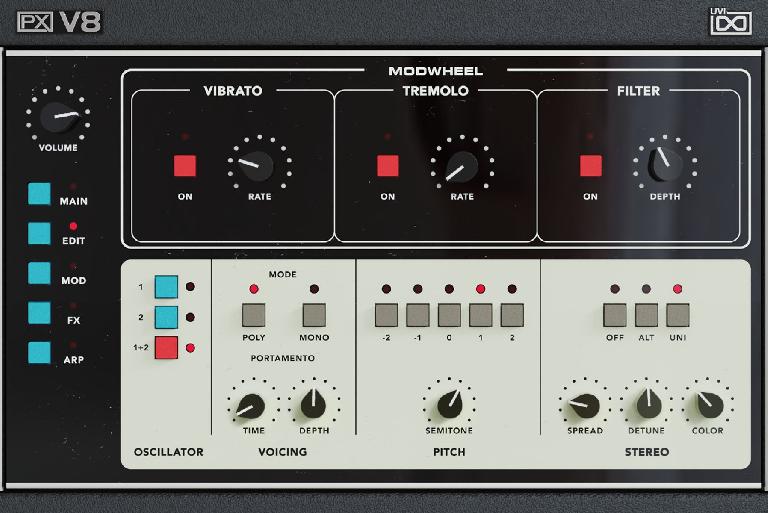 Every base sound in PX V8 was recorded with and without the Voyetra 8’s unison mode enabled, simply toggle the ‘V8 Unison’ switch on the UI’s main page to switch between them. Combined with PX V8’s dual-layer design this allows for the creation of thick and dynamic analog tones that would have been impossible to create on the original hardware.

PX V8 offers native 64-bit standalone operation by way of Falcon or the free UVI Workstation, providing comprehensive support for all modern DAWs and simultaneous authorization on up to 3 computers or iLok keys. 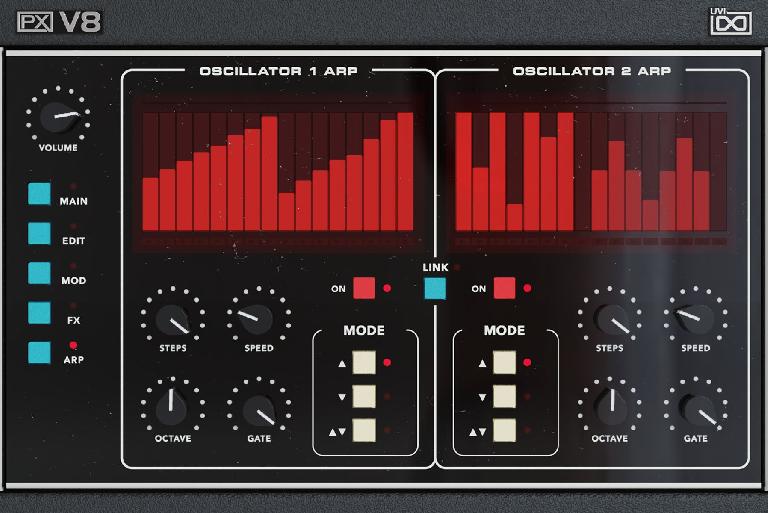