All Articles Recording & Production
5 Tips For Session Musicians
G.W. Childs IV on Sun, November 5th 0 comments
Working as a session musician can be fun and rewarding, but it can be an uphill climb to get to where you want to be. G.W Childs shares five of his top tips for establishing yourself.

Believe it or not, people need musicians. Especially people who write songs that do not use computers. But getting in with local groups that need accompaniment can be a little tricky. And what’s more, negotiating a fair arrangement once an opportunity arises can be even hairier. In this article, let’s go over some points of reference for the session musician who is starting out.

You may be a great musician once you sit down. But until you’re proven, it’s just a bunch of talk. Even if you can throw down some amazing licks, it doesn’t necessarily mean you’re an accompanist.  Remember: a session musician is there to make the artist recording look great. No one is there to listen to the session musician! Start off small, fit in where the producer asks you to. What you are playing may be very simple, and may not say much about your skill as a performer. But by demonstrating an ability to fit in, listen and blend in to the background, you’ll be able to look forward to possible future work, and more of a spotlight later. Producers and other songwriters generally like to ease new players in and see what they can do before they let them really run. 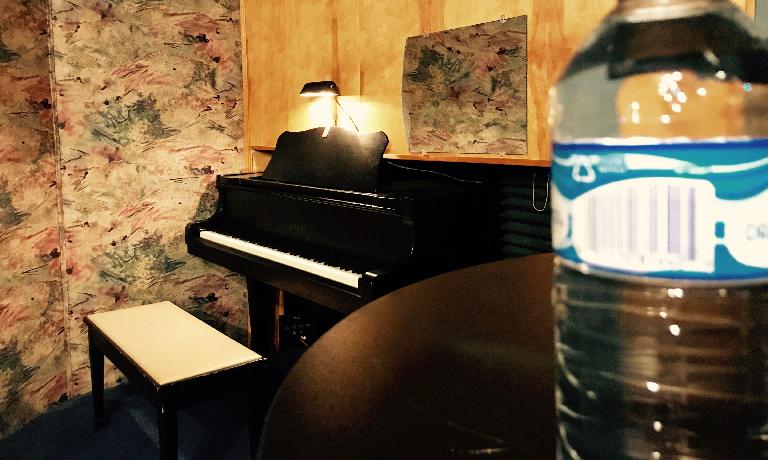 Keep a business card handy that prominently displays your website's location and also gives a brief description of what you do. This is really all that needs to be said. This keeps you honest during a performance, show or gig and lets you just be yourself. If someone asks about you, give them a card and they can get the whole lowdown from a place where the presentation is prepared, and isn’t just a hurried explanation. Additionally, a website is a great place to feature audio examples of your work, videos, photos and so on. 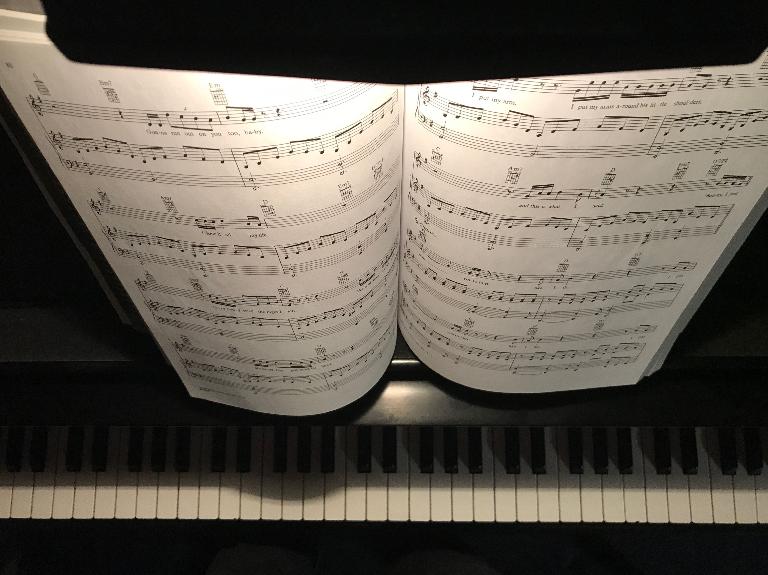 Some people can play by ear, some people need sheet music. Some people, and these are usually pretty rare, can do both. Regardless of where you fall, all examples can be very handy in most situations. It just depends on the situation. Recently, I got a piano gig over another performer simply because the performer couldn’t play by ear, and I can. I was able to hear the song and play through the song in a couple of takes, just by listening. However, I’ve lost gigs before because I’m not that great at reading music. And that was what was required. Best advice: learn to read and play by ear! This makes you very ‘in-demand’ and versatile as a performer. And it means you won’t be missing out on any gigs at all! 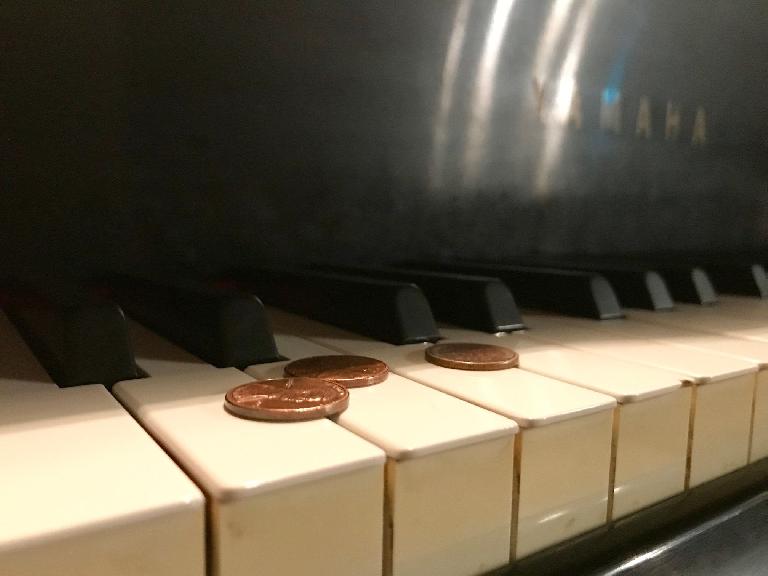 Starting off, you may find yourself playing ‘for the experience’ on a few productions. However, if you’re writing original accompaniments (like a piano part) for another artist's song, it’s still fair to ask for partial writer's credit. And writer's credit is something that is registrable! Contact royalty organizations like ASCAP and BMI and become a member so that you can register works that you’ve written on, and in some cases performed on. With so many songs being uploaded regularly to YouTube, odds are your accompaniment pieces will wind up on another artist's channel. If you’ve registered the songs you’ve worked on, you should see some royalties going forward. Just make sure to iron out the percentages up front!

Once you start making a name for yourself, you can generally begin charging an hourly rate in addition to royalties on the back end. However, be warned! Some sessions, if money changes hands, may assume that your accompaniments are now purchased. Make sure you understand your deal going forward and don’t be afraid to ask questions. 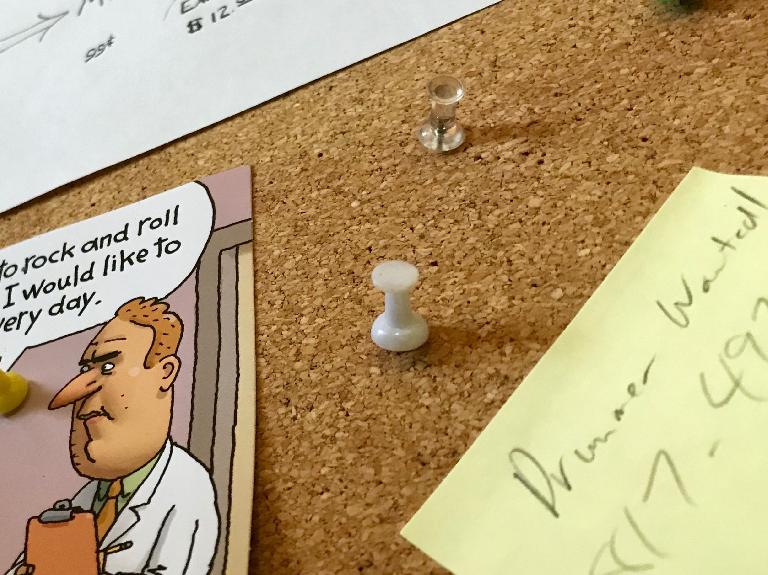 There are many ways to score gigs as a session musician but if you’re new to a local music scene you need to prepare yourself. It can take a little time to build up some business! The first and most important step that you can make is to start attending local music events, where local as well as out of town bands are playing. Go to these shows regularly and get a taste for what’s being played in your hometown so that you can start getting an idea where you and your talents can fit in. This also begins to give you an idea of who the players are in your city, who else is active, and start pointing you to where a lot of these musicians are going to record demos, albums, and so on.

Once you’ve located the studio in your area where most artists are going to, you can approach this studio about a tour, and introduce yourself properly. This is also where having a business card will help you greatly. Most artists haven’t gotten around to making a website and a card! By presenting these things, you’ll be separating yourself from the chaff, and also be able to share what you’re made of in a more meaningful way.

Going to local shows regularly will also allow you to discover and meet local promoters, who are always looking for new acts to book, if they are good enough where they have several events coming up on any given day. Local promoters always need opening acts for out of town acts, as well as prominent local performers. A good habit when attending local shows is to start asking who was the promoter for the show! The promoter you are looking for is the one who’s name is mentioned the most! 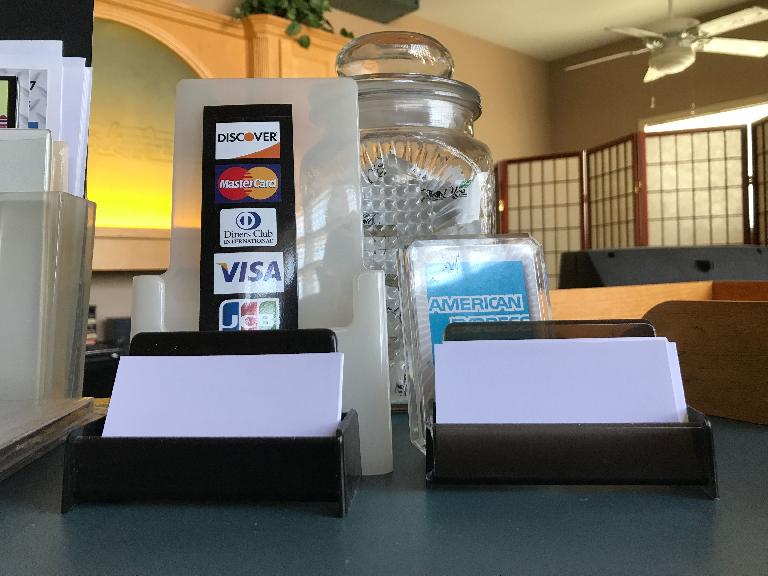 The biggest thing to remember in session and the freelance game is that the work will not necessarily come to you. You have to create it! One easy way to create business is simply to play… a lot! Record your practice sessions to video. Post them! Look for local gigs by getting to know local promoters as well as asking who does the booking at places like coffee shops and smaller venues. Keep posting your work to social media and other places where you can show off your skills, without getting on the nerves of others. It can take a lot of time to build up the business. That’s why it’s called paying your dues.

You will play some free shows, and you will question your sanity by choosing music as a career path. But I’ve seen and experience and perseverance paying off. It just requires you getting up every day, and doing it even when it feels like it’s going nowhere!

Learn more about live performance with the pro video courses in the AskAudio Academy here.
Related

Dream It. Do It.
Do you want to learn From Studio to Stage?
Yes, I want to learn!
No Thanks, I just want to read the article.
Feedback
How are we doing?
We'd love your thoughts, feedback and questions regarding our new site. All feedback is appreciated!
We do not respond to this form! If you need support, please visit our support page.
Thank you for your input!
Your message has been successfully sent
Course Advisor
Don't Know Where To Start?
Ask A Course Advisor