All Articles Music Theory & Education
5 Tips to Help You Play By Ear
G.W. Childs IV on Sun, December 10th 0 comments
Playing by ear can be tricky to master but it's a great skill to have. Here are 5 tips to help you on your way to being a more instinctive player.

We all have the ability to create in our minds. But the ability to bring that creation forward through physical means like sculpting, drawing, building or playing often becomes the obstacle for the elements of matter and sound we’d like to bring in to this realm of existence. Music can be especially vexing, when you have a song in your heart (or head) and in wants to get out.

With these 5 tips, I hope to help you get closer to getting the notes you’re hearing either on the radio or within your own mind, on to a keyboard.

It can be tricky, especially in tense situations sometimes to discern the key that a song is playing in. However, it’s really easy to hear the rhythm of the song for most people. If you can’t tell what key a song is in, just try to figure out the rhythm at first. Every melody, every hook, every instrument has to play in some form of rhythm, whether it’s a whole note, down to a 16 beat.

Once you can physically play the rhythm of the melody that you’re trying to master, all you need to do is figure out the right keys on the keyboard, or finger placement on frets. This can actually add a lot of fun to the discovery, if you’re willing to slow down and enjoy the journey. And this mindset, as I’m explaining it, will also help you avoid getting frustrated when trying to learn a particularly tricky melody. 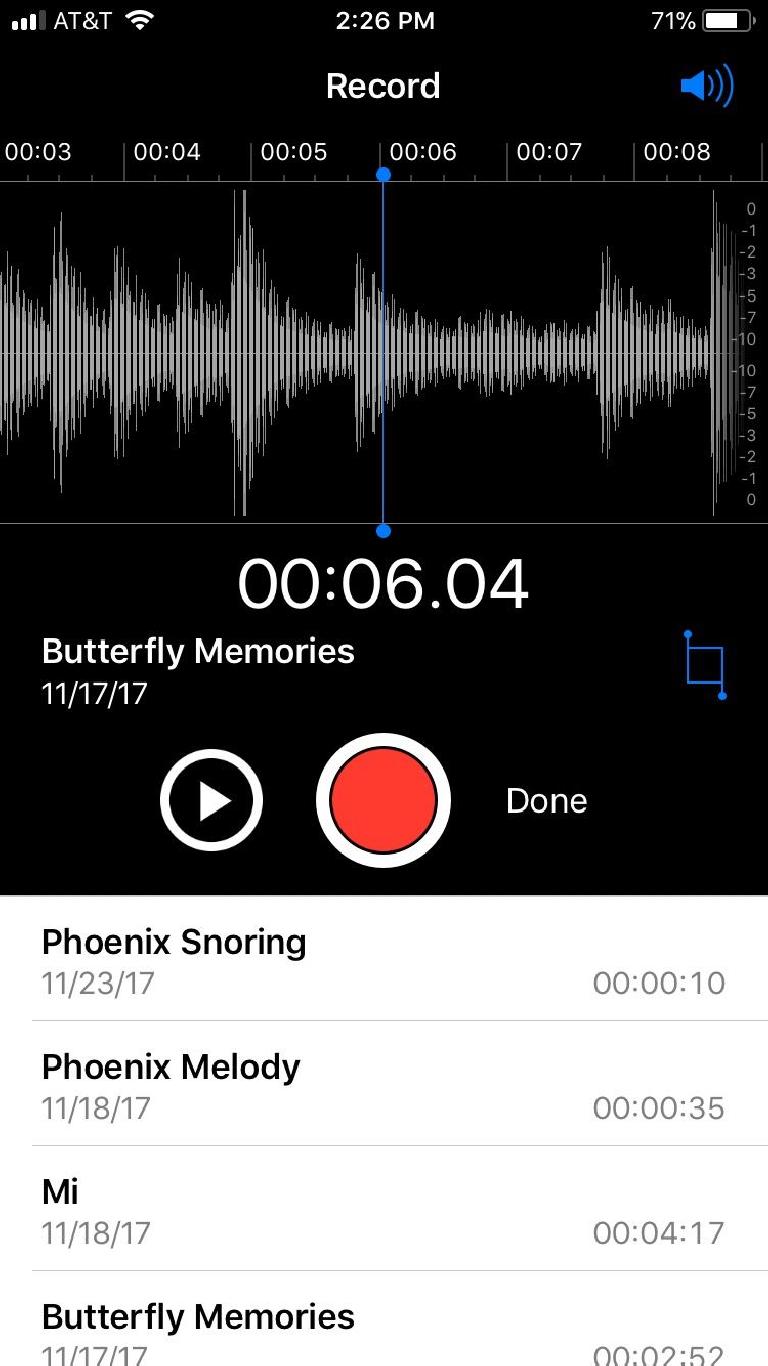 You can, of course, improvise by just riding along the root note, and jump from key to key, hoping you don’t hit a bad one. But the more familiar you are with a melody, the more likely you are to be able to play it. Use those headphones for something other than movies and podcasts! Listen to the music you’re trying to learn… a lot! Walk around with your music. Hum individual parts to yourself while you jog, walk, or run. Whistle melodies you’re currently learning in the bathtub. The more intimate you become with any music, the easier it will be to play later.

New songs that I have written, that I am learning for live performance, I will copy over to my iPhone and listen to select mixes in the car, on headphones when skating, and other places that don’t involve music. By creating more memories with melodies I’m trying to learn, it makes it easier to remember them based on experience! According to the ancient Greek philosophers, associating things to remember with locations or rooms is a powerful way to remember anything. Use locations with music to your advantage.

Melodyne, in my opinion, is amazing for learning parts. Because it automatically breaks audio down in to melody and rhythm, it’s very easy to slow things down and really learn chords, keys, and you don’t have to read music at all to use it. It can convert audio to MIDI, and it can convert audio to notation. You can crack anything, musically with it. But, there is a learning curve. 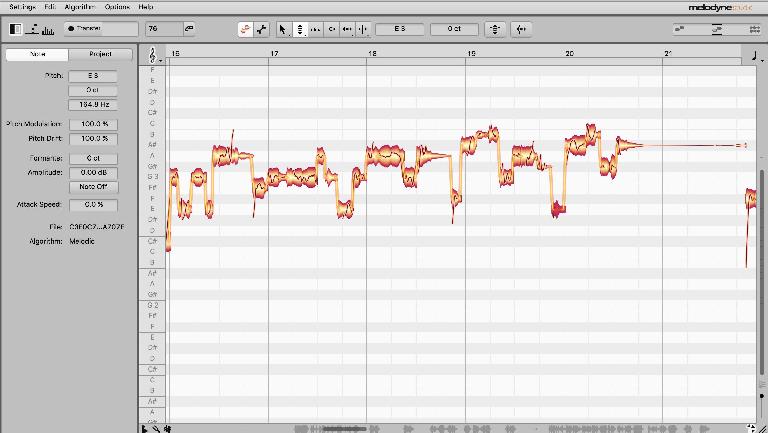 In addition to Melodyne, there are many DAWs that can convert audio to MIDI. Ableton Live, for example, can convert melodies and harmonies to MIDI, allowing you, with no small amount of editing, to figure out what is going on in particularly tricky parts, figure out difficult chords and so on. But you will need to do some editing. Ableton’s, in particular, converts background noise in the recordings, and so on, into notes as well. This leaves you with a lot of editing, until the MIDI starts to sound like the original recording.

Tip 4. Get the Root Note

In attempting to play anything, simply knowing what the root note is, is often the best start. This is especially true if you’re not particularly rhythmic, making Tip 1 very much frustrating. Ascertaining a root note is easy for anyone who recognizes tone.

I generally recognize the tone or root note of a song by humming along with the current melody or progression under my breath. I’ll just sustain a constant tone as I listen, until I find the lowest note in the octave I’m currently working out of, that sits within whatever I’m trying to learn. Once I’m sure of that note, I now have a safe place I can go back to, should I get lost during a performance. From this root note I can carefully move around, finding other tones that work within the melody I’m trying to accompany.

When new parts of the song begin, like a shift in to a chorus, or a bridge, the root note will usually change. By learning the root notes of each section of the song I’m trying to learn, I quickly become more confident, because I always know where to go within any given section of a performance, song or set. 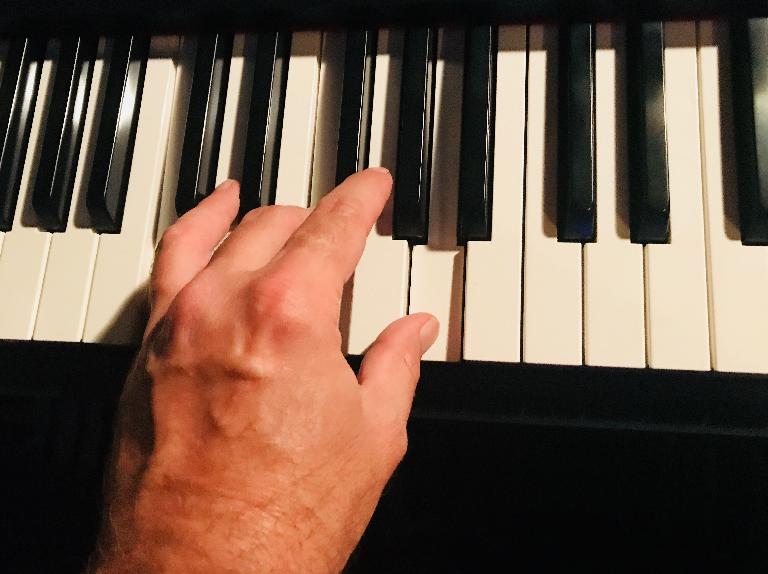 Did you know that your left hand stimulates the right side of your brain? That’s the side that is musical, dreams, has emotions. And aside from the from left-brain’s ability to get you to band practice on time, to work on time, pay bills, and remember the combination for a padlock, and actually remember notational value, as opposed to feeling it…  like the Right-brain does, it’s not actually the musical part of you.

Lots of players, especially keyboardists, only use their right hand for shows, performance and learning new parts, while never, ever using their left hand. Granted, building up Left-hand dexterity is tricky at first. But, if you practice at it, you’ll notice that what you’re playing becomes fuller and more balanced, as you begin to be able to play bigger, more complex parts, thanks to the use of both hands. And as you continue to use both hands, you continue to build up your brain’s ability to balance both hemispheres, become far more ambidextrous, and just an all around better musician.

Ear playing is an amazing skill to cultivate, as it allows you to get the performance started without notation. And, it allows improvisation, where people who can only play by notation can’t do anything. Granted, being able to read and play by ear is best. But, what’s the saying, “Fake it till you make it?” Ear playing will always help you do that!

Dream It. Do It.
Do you want to learn Melodies, Intervals and Scales?
Yes, I want to learn!
No Thanks, I just want to read the article.
Feedback
How are we doing?
We'd love your thoughts, feedback and questions regarding our new site. All feedback is appreciated!
We do not respond to this form! If you need support, please visit our support page.
Thank you for your input!
Your message has been successfully sent
Course Advisor
Don't Know Where To Start?
Ask A Course Advisor