All Articles Music Business
Creative Self-Marketing For Music Producers On A Budget
G.W. Childs IV on Wed, May 9th 0 comments
Every business has its ups and downs and music is no different. Here are some top tips for keeping things moving when times are tough.

It’s a tricky time to be in any ‘industry’ at the moment. And it can be seriously daunting to get your name out there as a new producer, as there are so many avenues for doing it via the internet. While you are focusing on the ‘net’, are you missing opportunities within the music community within your own backyard? In this article, I’d like to examine some of these scenarios, and point out some boons that you may not be aware of, stemming directly from what it is you do.

If you aren’t the most video savvy of music producers, you might think about brushing up. Videos tend to get a lot more attention than audio only links, soundcloud links, and so on. If you have a new track that you’re promoting, or you’re just trying to get good examples of your work out there, link up with someone you know who is good with video editing. Or, spend a little time learning how to edit video on your own. By creating either music videos or even animated adaptations of your work, with motion graphics, you stand a much better chance of getting your listeners' attention. Plus it’s a lot of fun and adds a whole other layer to music production! 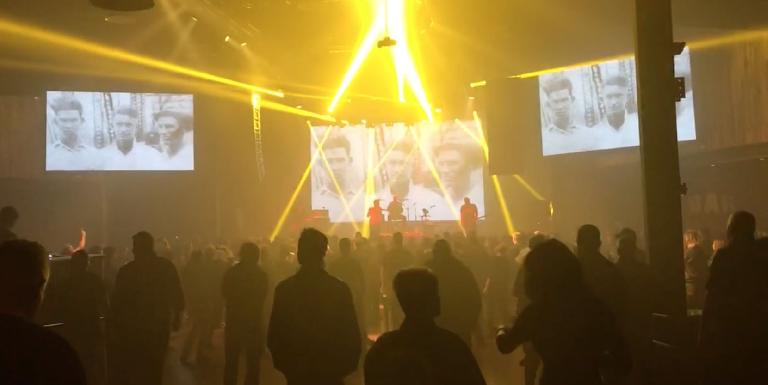 Aside from fun and advertising, building a video portfolio of your work can serve as a great demonstration as to how your produced works lend themselves to video performances for potential movie, film and commercial licensing possibilities.

Tip: Local bars sometimes have TVs that can view YouTube. Tip a bartender to play your music video. Or even better, hold a video screening at your local watering hole!

Believe it or not, there are a lot of people out there who do not produce music, who think it is cool that others do. And there are probably many people in your life who care about what you’re doing and how you’re doing it. Use Facebook, Twitter, Instagram and other forms of social media to highlight cool moments in your career, to highlight the careers of others and share the wonder in what it is you do. By journaling your professional experience through video, stories and cool pictures you contribute to your community and create an awareness of who you are through your creative expression - a practice that wasn’t very easy prior to the internet.

Getting started and staying consistent is the hardest part. But if you can maintain your contributions and post regularly, you’ll soon discover a greater awareness of not only your peers but also fans. I would strongly suggest creating a feed or group that is set up only for your productions. When you begin adding elements of other aspects of your life in to a Facebook or Twitter feed, you might alienate followers who are only there for the professional side of your life, and may not really be interested in the political, social, or family side of your life. Just like in Ghostbusters, never cross the streams!

Tip: Have you ever considered creating a unique feed on social media that is only related to a current project? These feeds can be slow initially in how many followers that they pick up. But with regularity you can gain some extremely loyal followers who want to see the final outcome.

Be at big events in your music scene, even if it’s for a minute. Even if you, personally, don’t have anything to do with the event. By showing up for local shows, art expos and parties, you become known in your local arts scene and will begin to be seen as a member of the community. As you keep going to events, you’ll begin to notice who the regulars are, and will begin to make acquaintances. As people begin to warm up and get to know you you’ll begin to meet band members, sound guys, groupies, club owners, recording studio owners and even other producers. 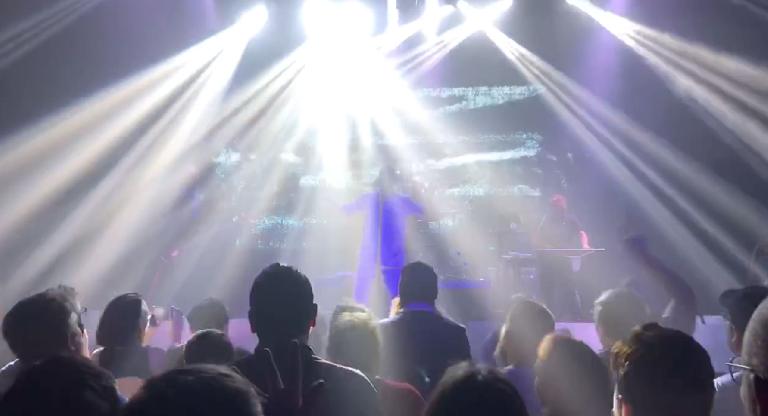 Being a positive and enthusiastic member of your community is amazing advertising in itself, as you’re demonstrating who you are as a person. People love doing business with people who they like to be around, and who are seen as established in their community. For example: would you hire some dude to mix down a track for you that you’ve never heard of? Absolutely not! If I was hiring a producer, I’d want this person to be someone who may have worked with some other artists I appreciate, or even know and respect. Or, a producer whose body of work contains music in a style similar to my own. This means I want someone who has credibility. Someone who has credits.

When you maintain a regular appearance in a local community, people learn about your credits and your credibility through natural interaction with you, over time. Word of mouth spreads in any community.

Tip: Every super hero needs a base of operations. Consider sponsoring a regular old lounge in your neighborhood with your regular patronage and make it a point to know everyone that works there, goes in and out and especially all the musicians, and audio-types that go in. Not only will you make some new friends, you’ll also potentially create a network of information and creative allies who can assist in future productions and who are aware of your services. 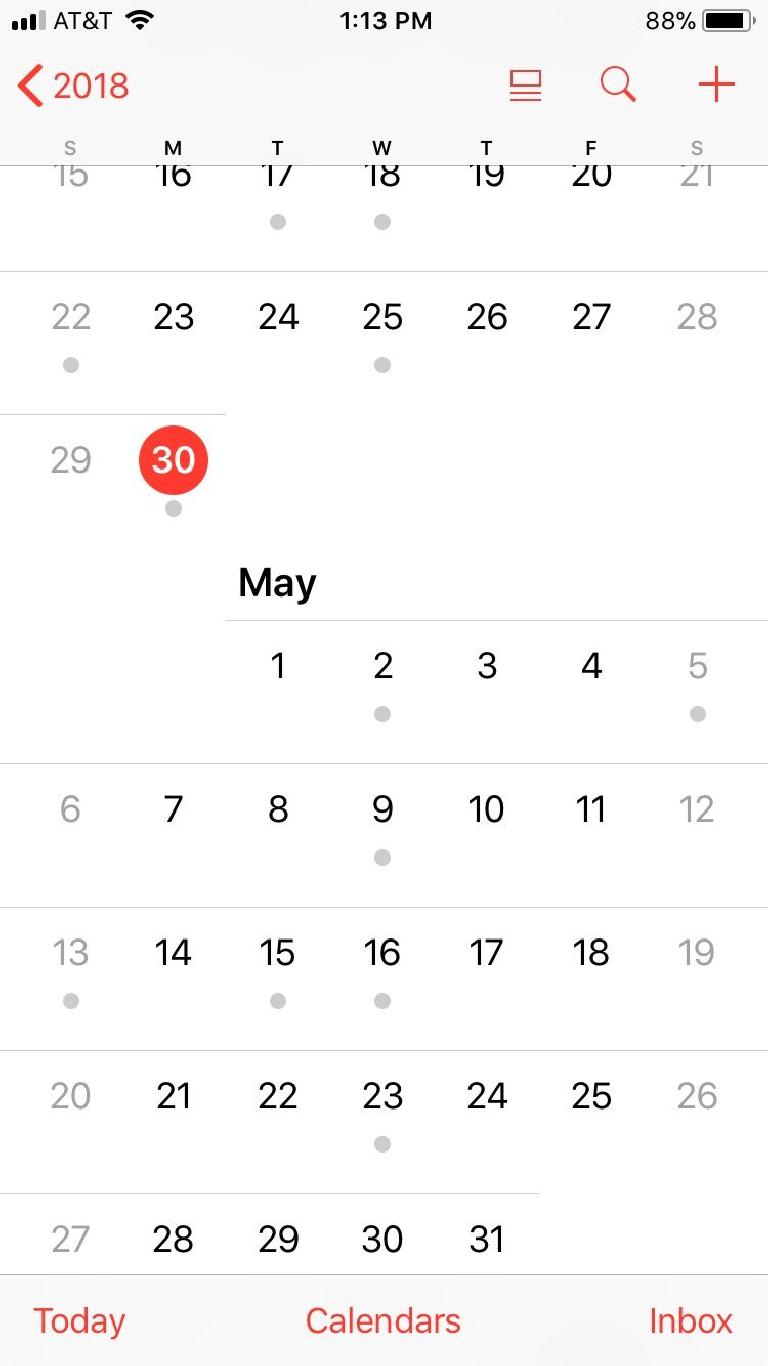 Every artist in any media has to showcase, from time to time, what they are doing. If you’ve got a cool studio in a cool space you’d like to make key people aware of, or if you’d like to build awareness of productions you’ve been doing on your own, maybe it’s time to share in person. Think about throwing a small, intimate get together with friends and maybe invite some other artists in your hood. Host a dinner party or a brunch if you can cook. If you’re not much of a chef, put together a small cocktail party. Everyone loves to drink, right? Play some of the music you produce in the background. And make a few party announcements regarding food, and highlight some specific songs that are interestingly anecdotal. When you host, you put yourself in the spotlight in a flattering way within a unique surrounding of your own creation. You’ve essentially created a captive audience as well. So you’ll gain more undivided attention in regard to videos you might screen, songs you’d like special attention given, and so on. And you can ensure, for a change, your guests are hearing and seeing what you’re doing on good monitors, not listening to your hard work on a crappy phone speaker. Lots of wins here.

Everyone is looking for a deal. It doesn’t matter what part of the world you live in, people always get excited when they feel like they are saving a dollar. If things are slow at your studio, you might consider going through your list of former clients and offering some specials. Take $20 off your hourly rate, or calculate out a package deal where you offer them a block of time, with yourself on staff as the engineer and producer. In my experience, once someone records one song, it’s only a matter of time until they call another. Beat your clients to the punch by offering them some incentive to come in!

Times may be tricky in the world of music but there’s still a lot of opportunity waiting to be had. We’re in a moment in history where technology is way ahead of the workflows and practices modern producers used for creating business. So as a result, we’re all kind of having to reinvent the wheel together. I believe that it’s through community that ultimately we will all find a place in the global village forming in the world, and create a way where everyone’s music can be enjoyed… and appreciated financially.

Learn more about the music business with pro video courses in the Ask.Audio Academy: https://ask.audio/academy?nleloc=new-releases
Related